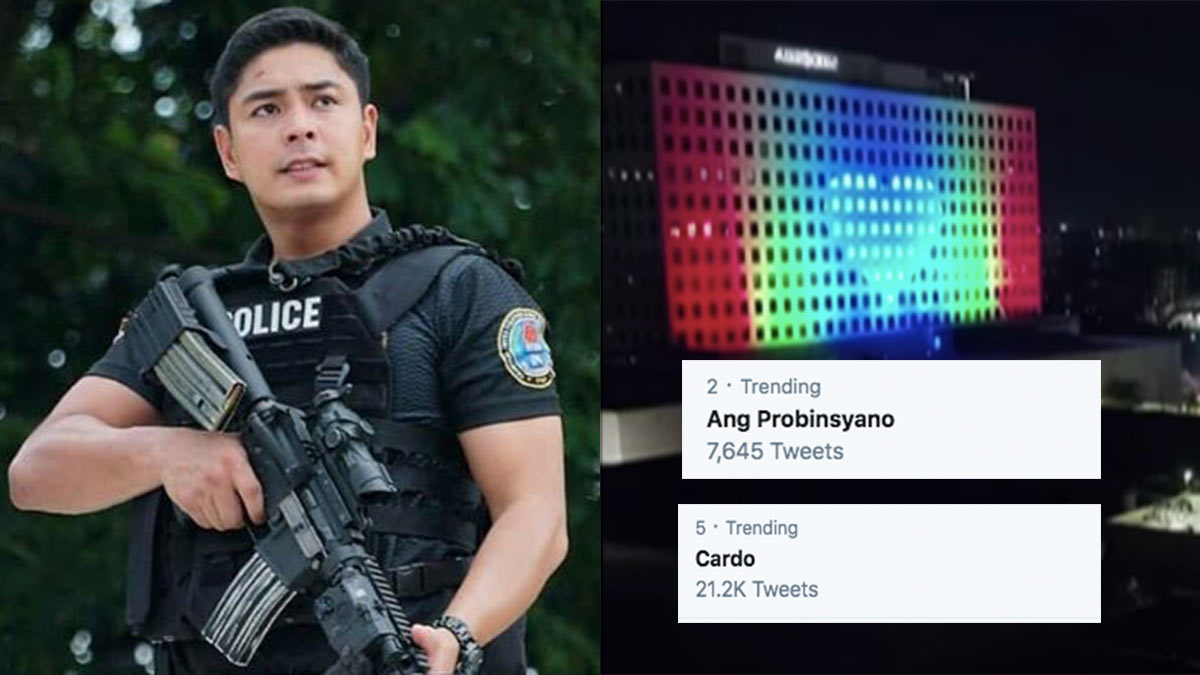 Top-billed by Coco Martin as Cardo Dalisay, the series has been running on ABS-CBN's prime-time block for four years and six months.

But with the expiration of ABS-CBN's franchise on May 4, 2020, and the National Telecommunications Commission (NTC) issuing a Cease and Desist order against ABS-CBN, the fate of Cardo now hangs in the air.

The Kapamilya viewers wondered: What will be the ending of FPJ's Ang Probinsyano?

Some were worried about their lolo, lola, and parents who have been avid viewers of Cardo.

Some said FPJ's Ang Probinsyano has been their grandparents' source of happiness.

This mag-ama tried to make light of the situation.

One edited a photo of Cardo Dalisay, making him a new recruit of the Encantadia's Sang'gres.

Encantadia is FPJ's Ang Probinsyano's rival program, which aired on GMA-7 from July 2016 to May 2017.

While the future is uncertain for ABS-CBN and FPJ's Ang Probinsyano, this Twitter user said that the top-rating Kapamilya show is available on Netflix as Brothers.

ABS-CBN went off-air at 7:52 p.m. tonight, May 5, 2020, after the National Telecommunications Commission issued a Cease and Desist order stopping the broadcasting operations of the Kapamilya network, including its radio stations DZMM and MOR.