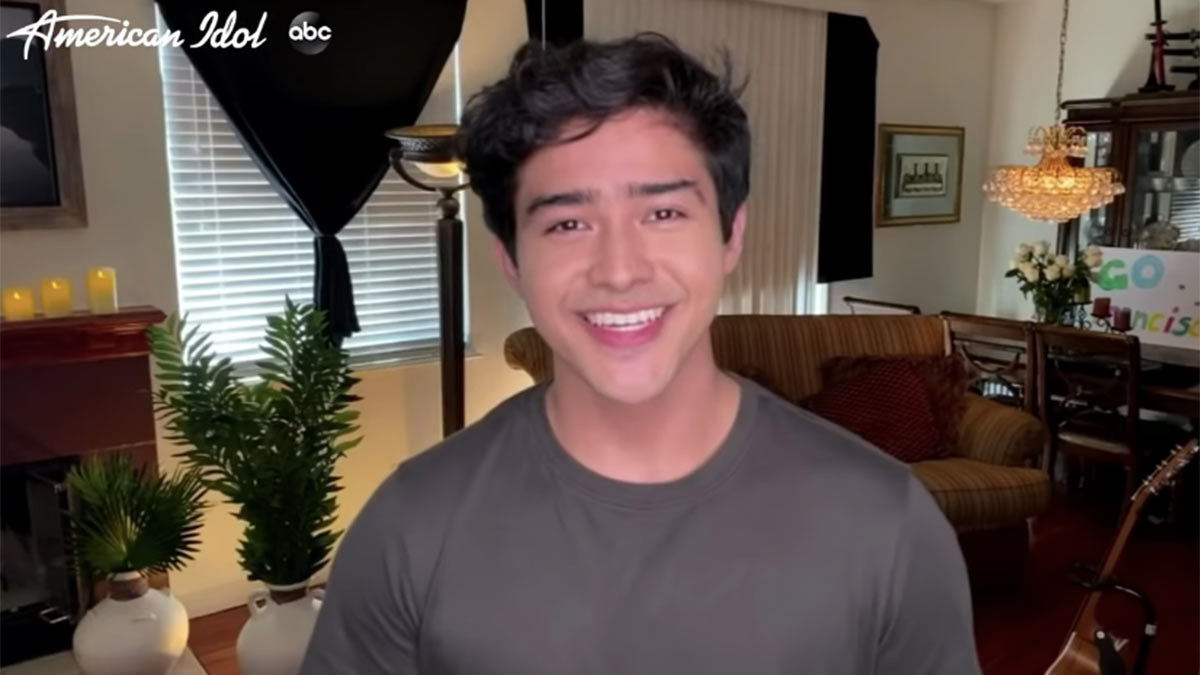 Filipino-American singer Francisco Martin makes it to the final seven of American Idol! through public votes from the viewers, the rule of the contest.

On May 10, Francisco performed Tarzan's theme song, "You'll Be In My Heart" in line with the show's Disney soundtrack theme for that week.

Lionel told Francisco, "We're witnessing here the transformation of Francisco. I saw several times of that performance. You're actually smiling at yourself when you perform. In other words, what you're doing now is just giving us the confidence and the enjoyment.

"And by the way, we as an audience, we'd love to see that kind of emotion. Francisco, congratulations on being in the Top 7, man. I'm really really proud of you."

Katy observed that Francisco's self-doubt in his past performances seemed to have faded.

She told him, "Francisco, I thought that performance was really amazing. I agree with Lionel, you looked relaxed. All that self-doubt has been really stripped away."

Katy also contrasted Francisco's performance with that of Louis Knight, another American Idol finalist, who performed earlier than the Fil-Am singer.

She said, "What you gave us at the end is kind of what I wanted from Louis Knight. I mean, look, this is a competition, let's get real. There's only one Idol and you were spot on with your performance, and then at the end, you let us have it with the talent of your voice. So, good for you. You are a good bet."

Luke Bryan's comment was brief but mind-blowing. He dubbed him the "King of American Idol."

The Top Seven finalists were announced on May 10 (May 11 in Manila) during the singing competition's third live remote episode, where contestants perform from their own homes and the judges give their feedback virtually..

At present, parts of the United States have been observing the stay-at-home mandate of the nation's health officials to flatten the curve of the COVID-19 pandemic.

The seven top contenders will face each other at the finals night of American Idol on May 15 (May 16 in Manila).

Here is Francisco's rendition of "You'll Be In My Heart":