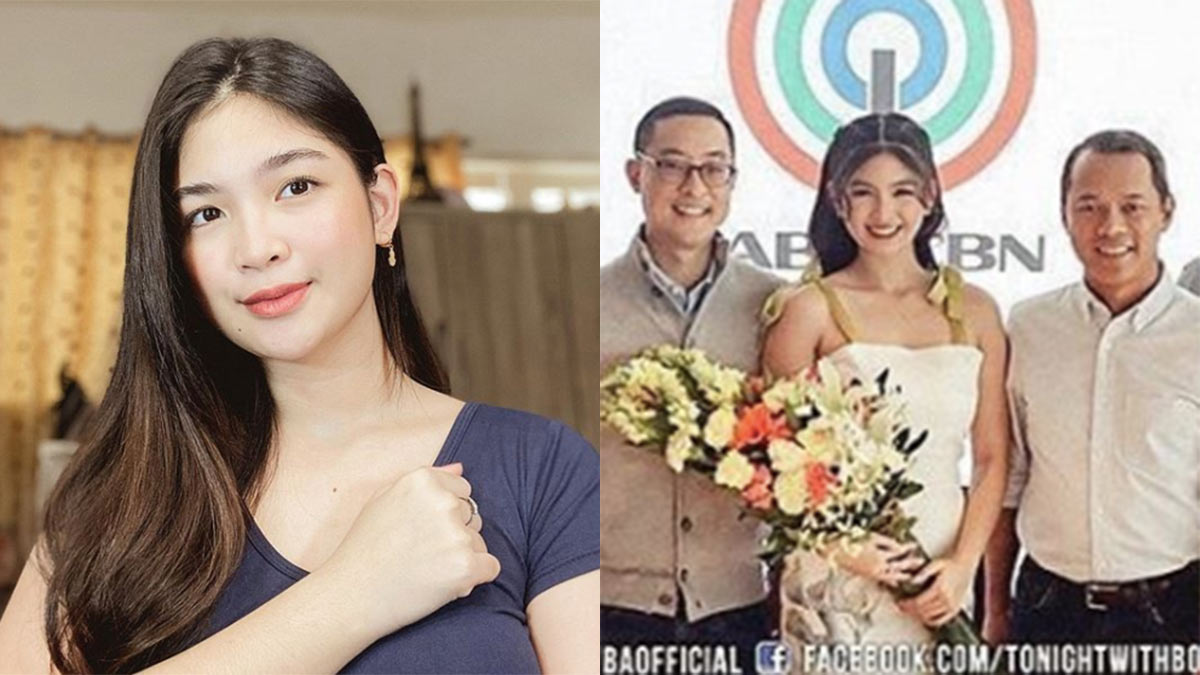 Heaven Peralejo started her showbiz career as a housemate in Pinoy Big Brother: Lucky 7 in 2016.

After leaving the Bahay ni Kuya, she appeared in more than a dozen TV shows of ABS-CBN and was seen in movies produced by various film outfits.

In August 2019, there were reports that Heaven was seen chatting with Kapuso actor Jeric Gonzales in the compound of GMA-7.

That sparked the network-transfer rumors.

On May 7, in a PEP Live session, Heaven was asked: Totoo ba ang tsismis?

Heaven's eyes widened in surprise and, laughing, answered the question with a question, "Ano? Anong chismis?!"

That was when she revealed that she had already signed a three-year management contract with the Kapamilya network in December 2019.

Aside from releasing her single early this year, Heaven is also part of the family drama series Pamilya Ko, where she plays the love interest of Kid Yambao's character.

She entered the series in January 2020, a month after signing her contract with ABS-CBN.

Heaven was asked about her reaction to ABS-CBN going off the air on May 5, 2020, following the Cease and Desist order issued by National Telecommunications Commission (NTC).

"So I know na we'll get through this and puro prayers lang talaga, just hoping na matapos na ito."

NTC cited the expiration of ABS-CBN's congressional franchise on May 4, 2020 in its decision to shut down the network.

The public is, of course, aware that the real power is with Malacañang, and its present tenant has issues with ABS-CBN.