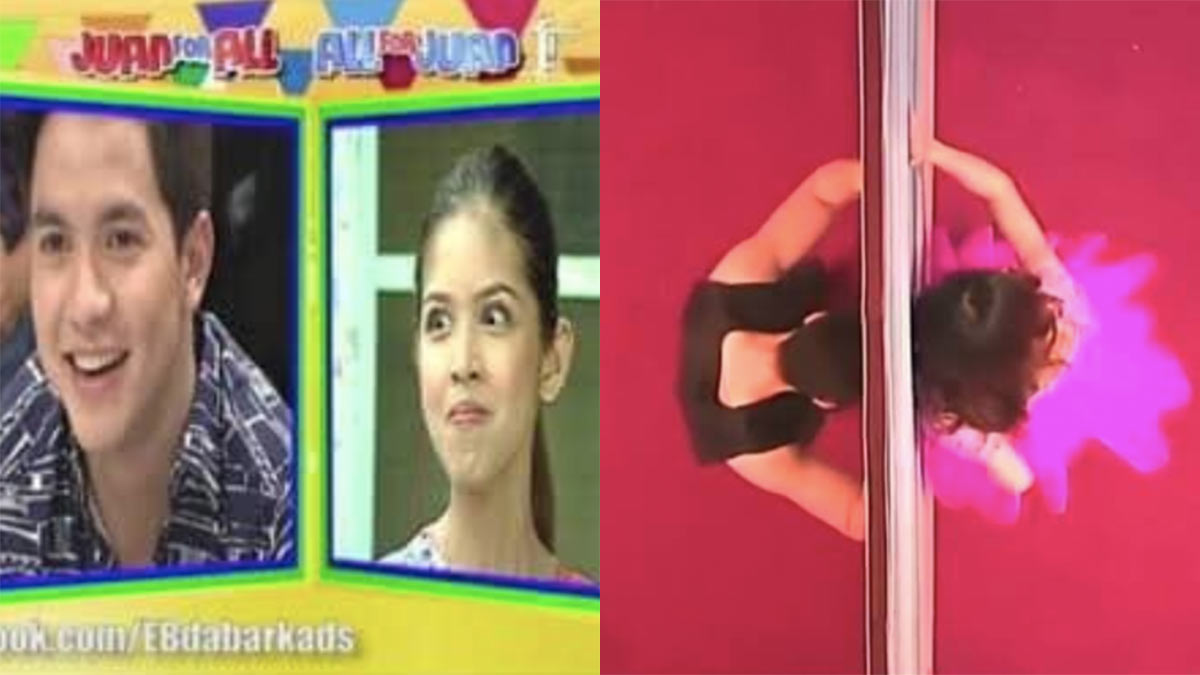 Earlier today, May 16, Eat Bulaga aired the replay of the iconic Kalyeserye episode where Yaya Dub and Alden Richard are to meet for the first time, only to be separated by a plywood wall that drops between them.
PHOTO/S: Eat Bulaga

Even before social distancing and virtual calls became the "new normal" to prevent the spread of COVID-19, one TV show practiced this first.

Go back to Eat Bulaga's famous segment, "KalyeSerye," which top-billed the love team of Alden Richards and Maine Mendoza a.k.a. Yaya Dub.

The "KalyeSerye" revolved around the love story of Alden and Yaya Dub, who only connect to each other via split-screen.

During this time, Alden was in the Broadway studio where Eat Bulaga used to broadcast, while Yaya Dub was with Jose Manalo, Wally Bayola, and Paolo Ballesteros visiting barangays for the "Juan For All, All For Juan" segment.

The viewers of "KalyeSerye" became so enthralled by Alden and Yaya Dub's tandem, they waited for the moment the two would see each other for the first time.

Today, May 16, Eat Bulaga! aired the replay of Alden and Yaya Dub's first meet-up in the flesh.

Alden and Yaya Dub stared and smiled at each other as they exchanged their now-iconic "pabebe wave."

Then they ran toward each other excitedly, only to be stopped by a plywood wall that dropped between them.

Eat Bulaga's Twitter account quipped that it was already practicing social distancing in this scene from "KalyeSerye."

Lola Nidora was the character portrayed by Wally Bayola, who forbade Alden and Yaya Dub from seeing each other.

Zoom is an application used for online meetings and video conversations.

Jako wrote in his tweet, "Social Distancing and Zoom calling before it was a thing"

AlDub fans agreed with Jako's tweet, saying that the replays of "KalyeSerye" are "napapanahon" and that the show is "ahead of its time."

The Eat Bulaga! replay also allowed AlDub fans to take a trip down memory lane, which made the hashtags #KalyeSerye and #ALDUBxADN58thMONTHSARY trend on Twitter.

The Tamang Panahon concert was a grand fans' day for AlDub and Eat Bulaga! fans at the Philippine Arena in Bulacan.

The concert was sold out and the whole AlDub Nation filled the 55,000-seat arena.

In this case there was definitely no social distancing.