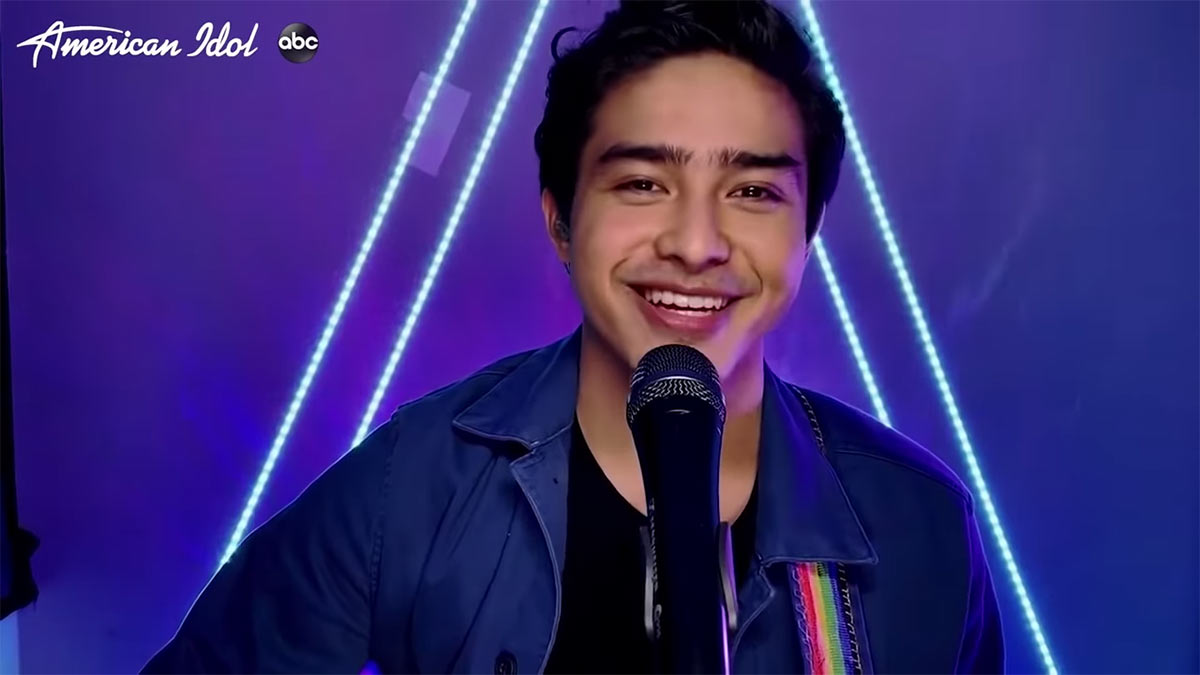 Filipino-American singer Francisco Martin ended his American Idol journey in the Top 5 of the Season 18.

The results were determined by public voting, which was opened at the beginning of the show.

After two performances, Francisco was eliminated along with Dillon and Jonny.

The ranking, however, was not announced.

In the end, American singer Just Sam was declared the winner.

Contestants performed from their homes, and winners of American Idol Season 18 were declared remotely—following the stay-at-home guideline of health officials in the U.S. to flatten the curve of the COVID-19 pandemic.

The Top 5 finalists performed twice. Their first song served as their induction to the season's Top 5.

For this round, Francisco performed "Adore" by Harry Styles.

Judge Luke Byran was the first to comment, "Francisco, I'm so proud you made [the] Top 5. I just enjoyed watching your confidence, man. Thank you for working so hard these past few months."

Judge Lionel Richie said, "You know, Francisco, you're actually in the finals of American Idol. And you earned it, and now your stage presence is even better than then. Just... congratulations. I'm so proud of you."

Katy Perry noted the 18-year-old Fil-Am singer's stage presence, even if his performance was shot using only an iPhone.

"Francisco, you do deserve to be here. I saw you smiling on the screen. If you can do that to an iPhone, imagine what you will do to a large crowd."

For the second performance, the finalists picked a song they previously sang in the competition.

The song would also serve as their first single should they win American Idol.

Francisco chose "Alaska" by Maggie Rogers, which was his audition piece.

His performance was shot live at his house's balcony, allowing his neighbors to watch him from afar and cheer for him.

This caught the attention of Katy.

She told Francisco, "Oh my gosh, Francisco. The people outside on the balcony really touched my heart. That was so sweet!

"That performance was an elevated version of what you gave to us in the beginning. I mean, you're so smooth when you delivered that. It sounded like it was professionally recorded at a studio somewhere. That's how good it was, Francisco."

Luke, for his part, told Francisco that he is heartbroken upon seeing the performance.

"I'm so heartbroken that this is the last time that we get to hear you perform like this on American Idol, and I know the sky is the limit for your career."

Lastly, Lionel remarked that Francisco has been a "model student" throughout the competition.

The music icon said, "You know, Francisco, my mother was an elementary school teacher and principal. She's always said to me, 'What makes a great teacher is that you have great students.'

"You have been a model student, my friend. You have taken all of our notes, and every time I see you, I smile when you perform because you have delivered the goods on graduation day."

Francisco, a pre-law student at the College of San Mateo in California, auditioned for American Idol in February 20.

He impressed the judges with his performance of "Alaska," even when he was noticeably nervous as he entered the American Idol audition room.

For the second round of Hollywood week, Francisco performed a duet of The Script's "Breakeven" with finalist Louis Knight.

Francisco forgot the lyrics, and was asked by Luke if it was because he was tense.

The 18-year-old Fil-Am singer answered, "Not really that. It’s more of me not believing in myself as much as other people do."

Despite the blunder, both Francisco and Louis made it to the next round.

For his next performance, Francisco sang Harry Styles's "Falling" with more confidence.

This performance secured Francisco a spot in the Top 20 of season 18.

In the following episodes, Francisco continued receiving good comments from the judges.

He was once called by Katy a "diamond in the rough," while Luke declared that Francisco is the "King of American Idol."