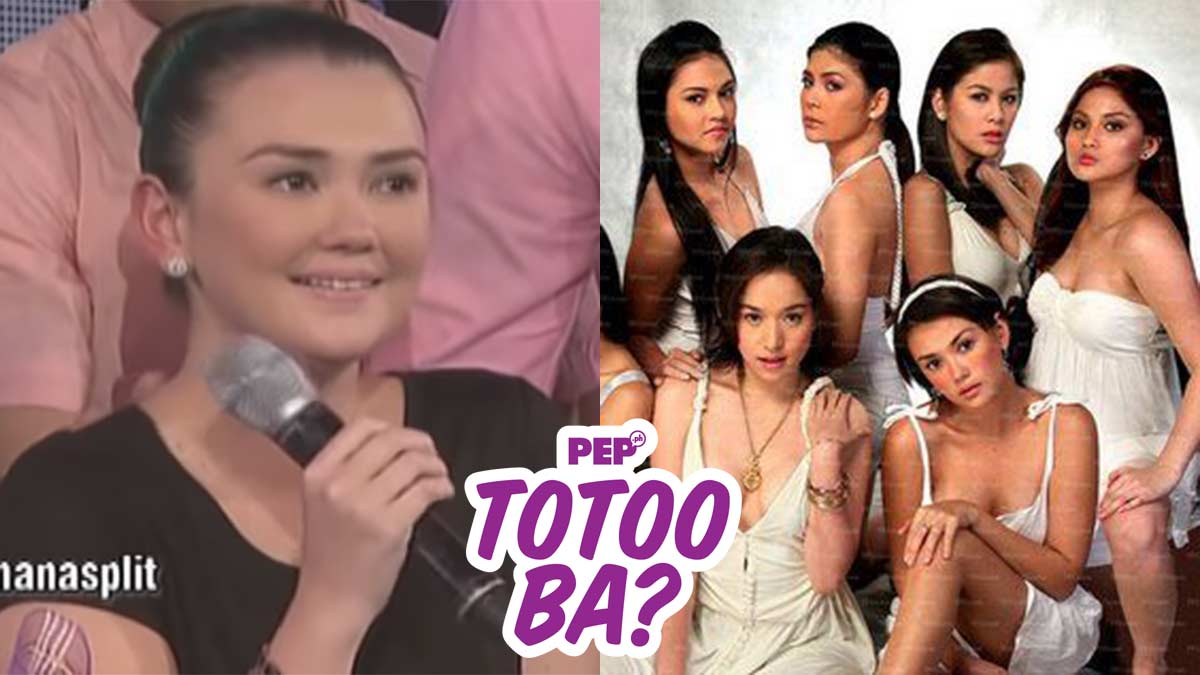 Angelica Panganiban, the only one left behind when everyone in the original cast of Banana Split left the show, whose name was later changed to Banana Sundae.
PHOTO/S: Banana Split (ABS-CBN)

Angelica Panganiban is the only original cast member who has remained a part of Banana Sundae in all its 12 years on television.

In 2008, the program was launched as a late-night Saturday program called Banana Split.

Originally a sexy-themed gag show that was touted the male version of the '90s gag show Goin' Bananas, Banana Split debuted with Angelica, Valerie Concepcion, Cristine Reyes, and Roxanne Guinoo in the cast.

Others in the supporting cast were RR Enriquez, Princess Ryan, and Dianne Medina.

One by one at various times, Valerie, Roxanne, and Cristine exited the show.

In 2015, ABS-CBN moved its time slot to Sunday afternoons and gave the show a new name, Banana Sundae.

Angelica has remained the show's mainstay all throughout the comings and goings of cast members in the intervening years.

But, totoo ba? Angelica—the longest cast member of the show—was not included in the original roster of Banana Split's cast members?

During an anniversary special of the show that aired in 2012, Angelica herself revealed she became part of the show as a "second option."

And she was only told about it just when Banana Split was poised to be launched in October 2008.

Angelica did not think twice about accepting the offer no matter how late it came, considering her last gag show was Ang TV, way back in the '90s, when she was still a child actress.

The program was put on hold together with the other Kapamilya shows in the middle of March when the government placed the entire Luzon under Enhanced Community Quarantine because of the COVID-19 pandemic.

On May 5, 2020, however, the return of Banana Sundae became uncertain as well as that of ABS-CBN itself.

The National Telecommunications Commission (NTC) issued a cease-and-desist order against the Kapamilya network following the expiration of its congressional franchise.

The Kapamilya actress remarked that for the first time in 12 years, the Banana Sundae family is crying together instead of making its audience laugh.

Although Angelica avoided mentioning what the future holds for Banana Sundae, the sad tone of her post was as good as a hearbreaking farewell note.

At the end of her post, Angelica thanked the loyal viewers of their program for the past 12 years.

Three of these shows are from the narrative/teleserye department: Love Thy Woman, FPJ's Ang Probinsyano, and A Soldier's Heart.

The other three are from the non-narrative format department: It's Showtime, ASAP Natin 'To, and Magandang Buhay.