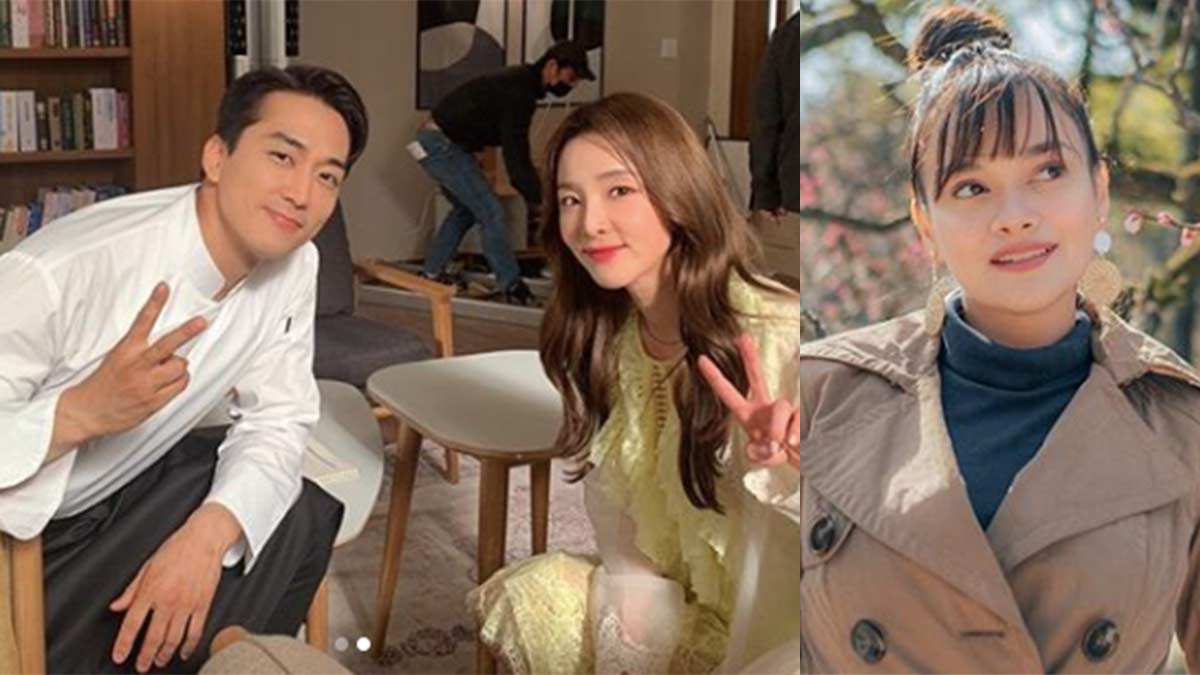 A familiar face was spotted on the K-Drama Dinner Mate: none other than Sandara Park.

Sandara did a cameo appearance in the June 9 episode of the K-Drama which airs on South Korean TV network MBC.

Dinner Mate is a new K-Drama series that premiered on May 25, and is top-billed by Song Seung Heon (male lead in Autumn in My Heart) and Seo Ji Hye (second female lead in Black Knight: The Man Who Guards Me.

Sandara portrayed the role of a woman who has an eating disorder. She consulted the character of Seung Heon, a food psychologist.

In the first photo, she posed beside Song Seung Heon and Kim Seo-Kyung.

She also had a photo with Song Seung Heon, with whom she shared scenes.

The post also received comments from her followers, including GMA-7 actress Yasmien Kurdi, who is also a K-Drama fan.

Yasmien dropped a heart emoji on the comments section of Sandara's post.

Sandara and Yasmien both started their careers in rival reality programs.

Yasmien was the First Princess or the female runner-up of the first batch of GMA-7's StarStruck, which aired from October 2003 to January 2004. Among her co-finalists were Rainier Castillo and Ultimate Survivors Jennylyn Mercado and Mark Herras.

Sandara was a grand finalist of the first season of ABS-CBN's Star Circle Teen Quest, which aired from March to June 2004.