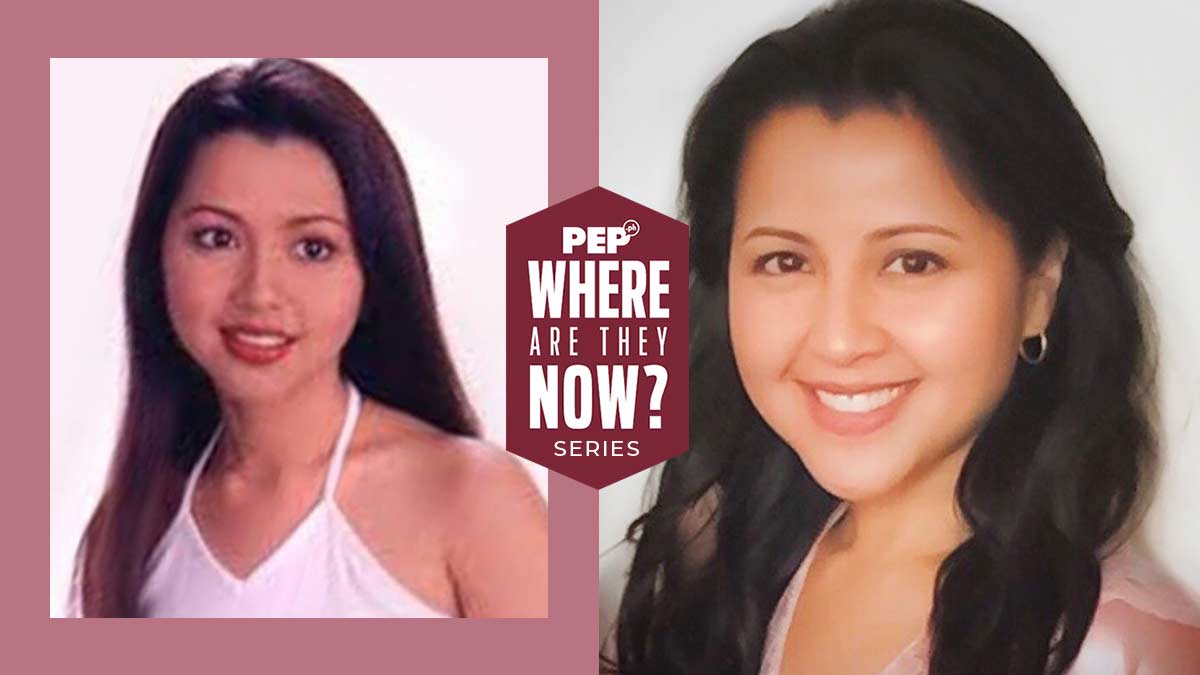 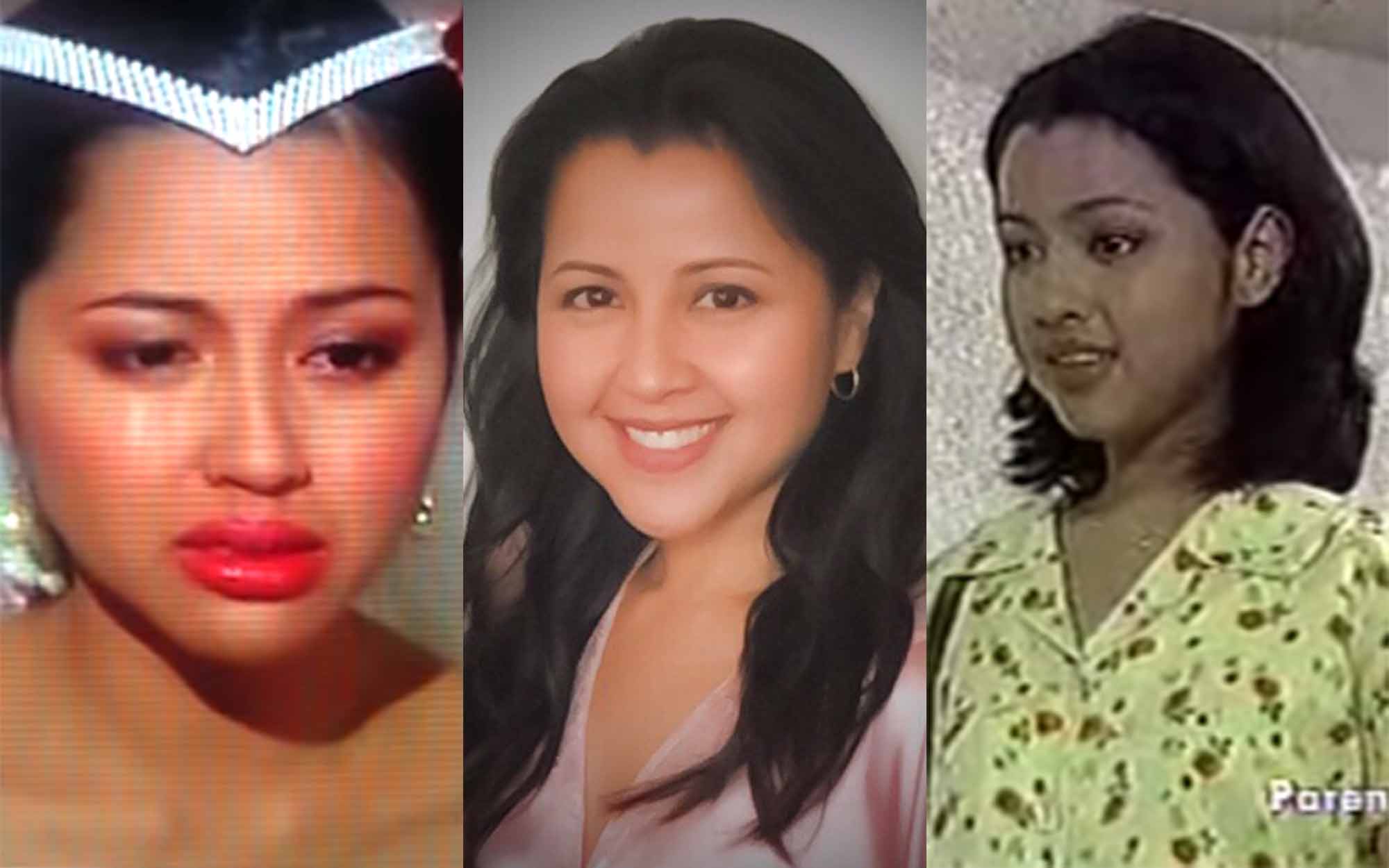 Monina was a former ABS-CBN talent in the late '90s, appearing in teleseryes and drama anthologies of the Kapamilya network.

After a few years of doing projects in showbiz, Monina suddenly left show business in mid-2000s.

At present, she is leading a private life in the United States, where she is based with her husband.

Showbiz fans ask, what happened to Monina after leaving the world of glitz and glamor?

In an e-mail interview with PEP.ph (Philippine Entertainment Portal), the former actress looks back at her showbiz days and gives us a peek into her current life—in which she has a regular job, and gets to pursue to her passions. 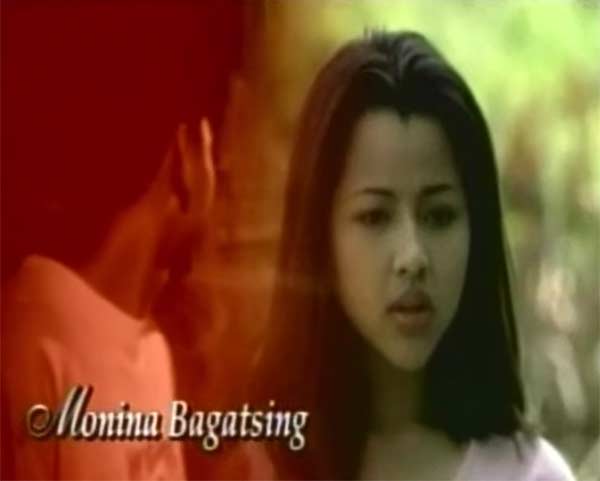 Monina started her showbiz career in ABS-CBN in the late '90s.

She would usually appear as a guest in the drama anthologies Maalaala Mo Kaya, Kapag Nasa Katuwiran... Ipaglaban Mo!, the kiddie anthology Wansapanataym, and the weekly series Oka Tokat!

In 2002, Monina had a short stint with GMA-7 for the teleserye Sana Ay Ikaw Na Nga. 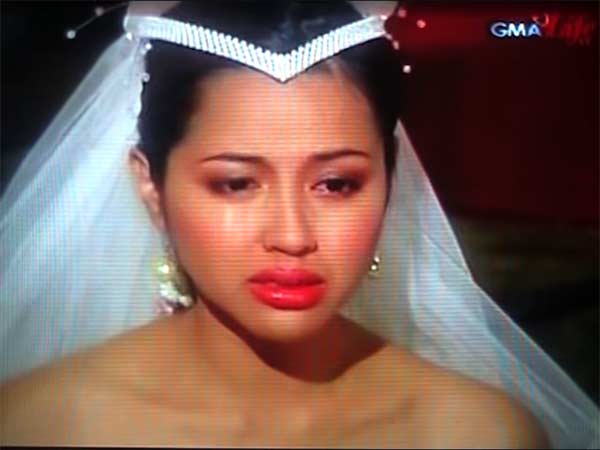 She then returned to ABS-CBN and did the prime-time series Spirits in 2005.

This was her last teleserye.

Although Monina can no longer single out what she considers as her most memorable project, the former actress says she had fond memories on the set of her shows.

"Basta what I remember the most is how kapag nasa set ka, regardless kung ano ang show, everyone is very nice and maasikaso.

She continues, "Parang family lang ang vibe where people look out for one another. I really appreciate that.

"I feel like whoever I worked with at that time, naging close kaming lahat when we’re working together." 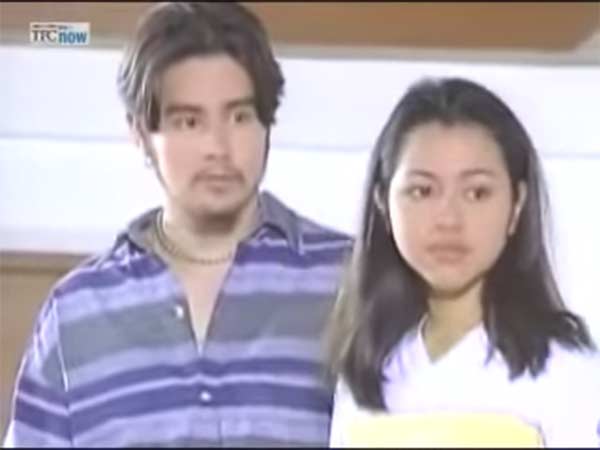 Despite her friendships with co-stars on the set, Monina says she has lost touch with her former colleagues because she does not have a social media account.

"Sadly, I’m not connected with many of them anymore because malayo na ako, and I don’t have a social media account.

"But when I’m in Manila visiting, and magkita ulit by chance, of course, masaya and kamustahan ever. We reminisce the good old days." 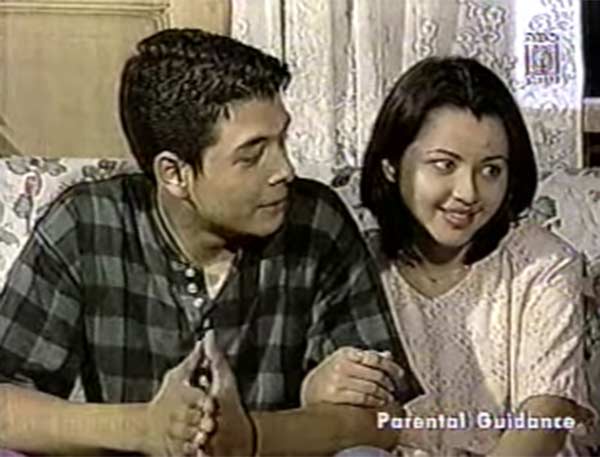 In 2005, after her last project on TV, Monina decided to leave showbiz and move to the United States.

PEP.ph asks Monina why she left the limelight.

Monina answers, "I left because there came a point when I just felt like I wanted to do something different na and was ready for a new adventure.

"I left for the States, lived in San Francisco for 10 years. Then I moved to New York in 2015 because… I felt ready for a new adventure, again. Hahaha!" 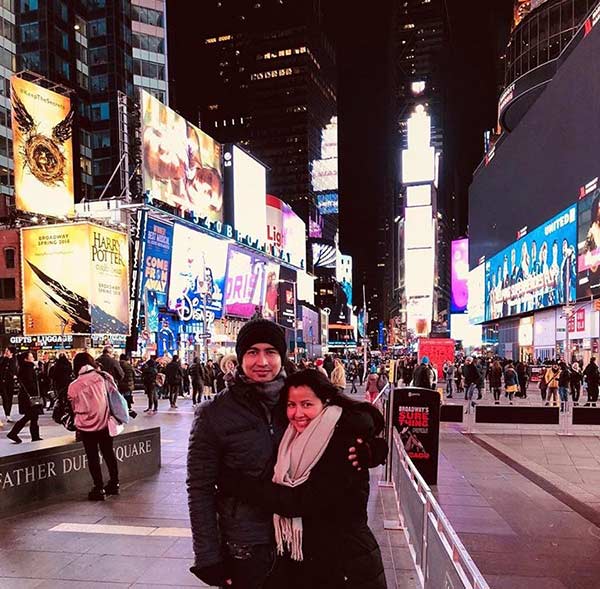 At present, a lot of things have been keeping Monina busy.

She shares, "I’ve been busy with work and living a normal, simple, and beautiful life.

"For my regular full-time job, I work as a Global Regulatory Affairs Strategist (Neuroscience) for a Japanese pharmaceutical company."

Apart from her regular job, Monina also has a number of "side hustles," which she describes as the things that she is "truly passionate about."

"I’m an Ayurvedic Health Counselor & Chef. Side Note: Ayurveda is an ancient Indian belief that health and wellness depend on understanding the language of nature to achieve a delicate balance between the mind, body, and spirit.

Reiki, according to Medical News Today, is a form of alternative therapy which is often referred to as "energy healing."

It involves the transfer of universal energy from the healer or practitioner's palms to their patient.

Conditions that Reiki has been used to help treat include cancer, heart disease, anxiety, and depression.

During Monina's leisure time, she says, "I love (LOVE!) traveling with my husband." 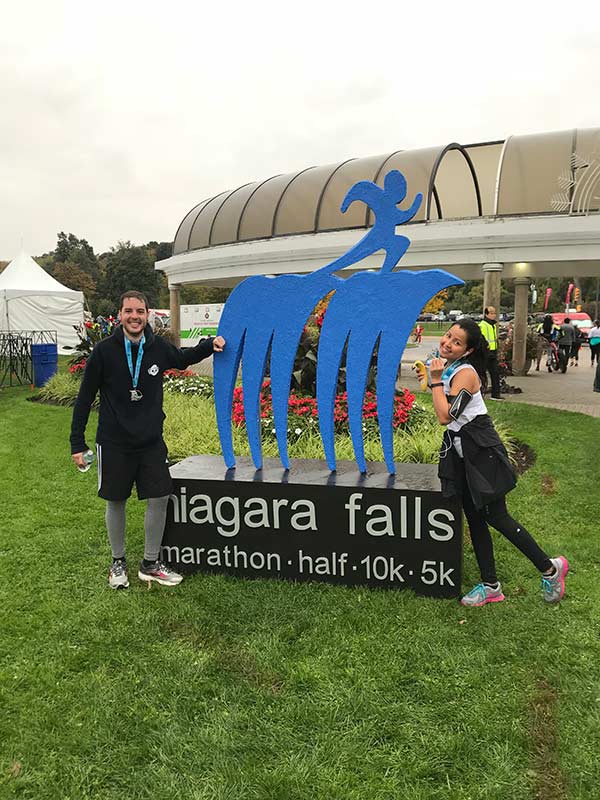 MONINA ON HER BROTHER RK

Monina's kuya, Raymond Bagatsing, was the first Bagatsing to enter showbiz. He remains active until today.

In 2016, RK joined ABS-CBN via the daytime series Be My Lady. But his breakthrough role on TV came in 2017, when he played the role of Arnaldo Ardiente Torillo in Wildflower. His portrayal received a lot of good comments from viewers. 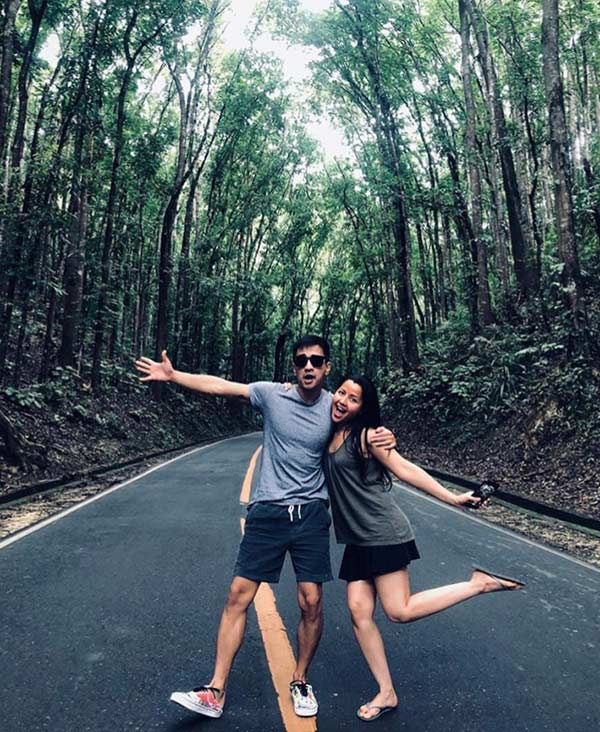 In 2016, when RK did a guest appearance in Magandang Buhay, Monina surprised her brother with a video-recorded message, where she said that she is a "very proud ate" to RK.

In this PEP.ph interview, Monina says she is really happy that her brother is now reaping success in his showbiz career.

"I’m sooo proud of him!!! I have always known how talented he is. Alam ko, once he gets the opportunity, he will succeed because that's just how dedicated he is when he puts his mind and heart into something… and look, he made it!

When asked about her life outside showbiz, she proudly declares, "Life is wonderful!"

But does she miss acting and showbiz?

Monina admits, "No, not really."

She then explains, "But only because when I was in showbiz, I was fully there 100% so I was able to truly enjoy every moment ng pagiging artista. 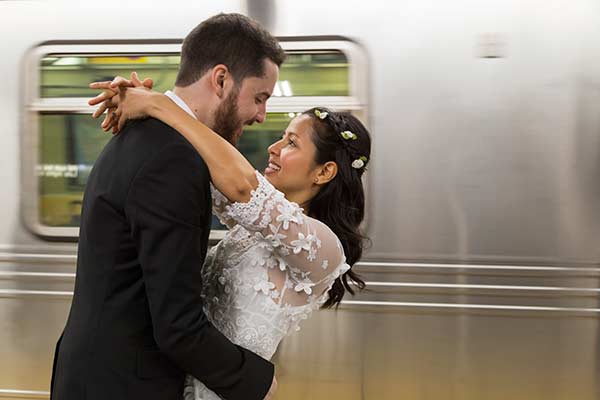 Is she open to doing a guest appearance in a TV program?

"I really enjoyed my time in showbiz, but I feel like my life path is in a different direction now.

"Plus, both my brothers RK and Raymond are amazing at what they do—I’m confident that our family is already well-represented. Lol!" 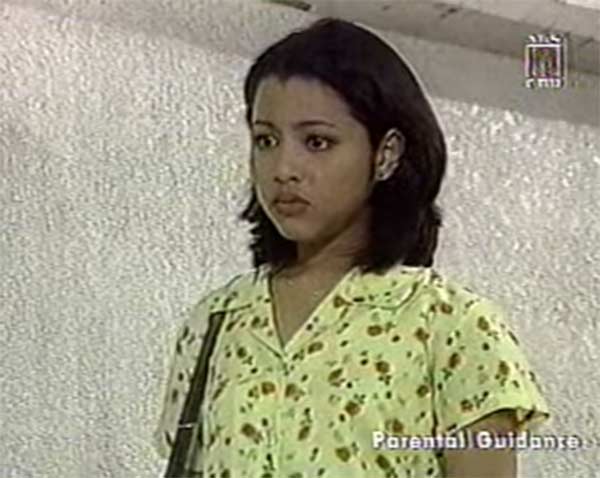