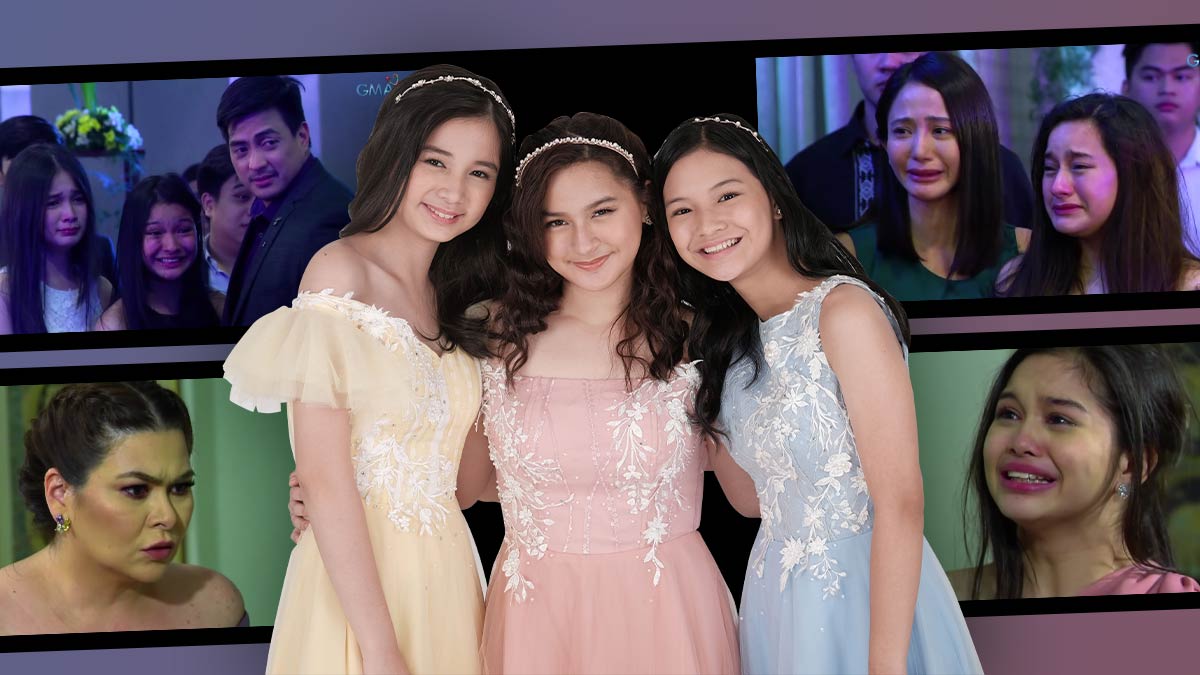 Together with Lilian (Katrina Halili), the surrogate mother who carried the triplets in her womb, they embark on a quest to claim what is rightfully theirs.

However, their journey is disrupted by the scheming Kendra (Aiko Melendez) and her daughter Brianna (Elijah Alejo), who pretends as the real Claveria.

The pilot episode aired on August 19, 2019, and the show had a rough start in the ratings game.

But in October 2019, the show's ratings began to improve. Eventually, it was able to beat its rival program, Kadenang Ginto, which was the number one program in the time slot.

Prima Donnas remains to be the number one afternoon drama program in the country, consistently winning against its new rival Love Thy Woman.

However, it is currently on a temporary break from airing because of the COVID-19 pandemic.

In the recent episodes, the Claverias already found out that Ella and Lenlen are the real Claverias, while Mayi's DNA did not match with Jaime's.

Even then, Kendra’s dirty antics to earn Jaime and Lady Prima's (Chanda Romero) trust continue to put the life of Lilian (Katrina Halili), who was arrested for allegedly stealing the Donarian necklace, in great danger.

Out of desperation and without Jaime’s permission, Ella, Lenlen, and Mayi sneaked out to visit Lilian who had an important revelation to the three Donnas.

On Friday, June 19, the cast of Prima Donnas are reuniting in an online show titled Prima Donnas: Watch From Home while the show is still on an airing break.

Ahead of their comeback in the online scene, PEP.ph (Philippine Entertainment Portal) takes a look at the five highest-rating episodes of Prima Donnas.

This is based on AGB Nielsen NUTAM ratings, the preferred audience measurement provider by GMA-7.

The ratings on this list are provided by GMA-7, and make up the available data from August 2019 to February 2020. 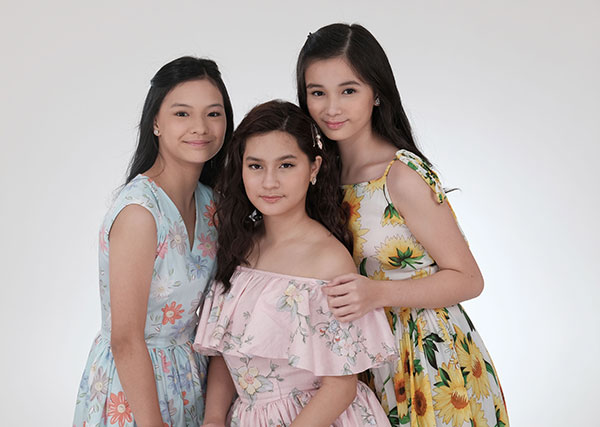 The "Sampal ng Katotohanan" episode shows the aftermath of a confrontation between Brianna (Elijah Alejo) and Lenlen (Sofia Pablo), causing Lenlen to fall into a pit and lose consciousness.

Lenlen's sisters Mayi (Jillian Ward) and Ella (Althea Ablan) confront Brianna about what happened. Since she cannot get away with what she did, Brianna has no choice but to take all the blame.

Meanwhile, Jaime (Wendell Ramos) comforts Lilian (Katrina Halili). This intensifies their feelings for each other. Jaime brings Lilian to the mansion, but his mother, Lady Prima (Chanda Romero) objects to it and slaps Lilian in the face.

It beat the ABS-CBN afternoon series Love Thy Woman, which registered a rating of 5.1%, or half the ratings of Prima Donnas.

In the "Harsh Truth" episode of Prima Donnas, Ella and Lenlen begin their new life as the rich daughters of Jaime Claveria. Brianna is annoyed that she has to share the attention with Lady Prima.

Lady Prima also asks for Ella and Lenlen's forgiveness because of the way she treated them in the past.

On the other hand, Lilian and Mayi leave the Claveria mansion after finding out that Mayi's DNA did not match Jaime's.

Kendra (Aiko Melendez) is also surprised by the DNA results, so she tells Brianna to be friendly with her "sisters."

The episode, according to AGB Nielsen NUTAM ratings, got 10.2% against the 7.4% rating of Kadenang Ginto. 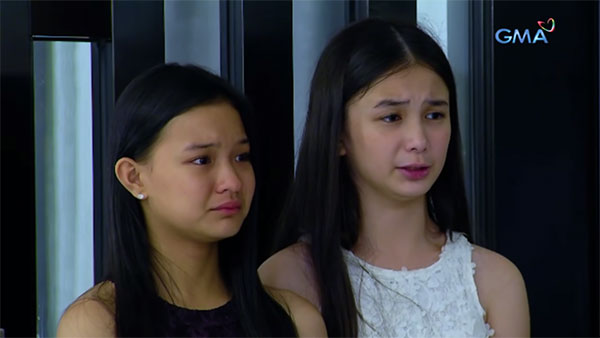 On January 8, 2020, Prima Donnas aired one of its most-awaited episodes as the DNA results of triplets Mayi, Lenlen, and Ella are to be revealed during the Claveria's Annual Charity Ball.

In the previous episodes, the three Donnas went through a DNA test to prove Lilian's claims that they are the real heiresses of the Claverias.

In the "Unexpected Announcement" episode, Brianna confronts the Donnas and even orders security to drag them out of the ballroom. Lady Prima witnesses this and stops the guards. She accidentally calls the Donnas her "granddaughters."

Lady Prima and Jaime later reveal to the two girls that their DNAs matches Jaime's.

Lenlen and Ella are excited to tell Mayi (Jillian Ward) about the results, but everyone is caught in surprise when it is revealed that Mayi's results do not match Jaime's DNA, and that Brianna's results match with the other Donnas.

Viewers were shocked by the surprise twist of Prima Donnas that the episode trended on Twitter. 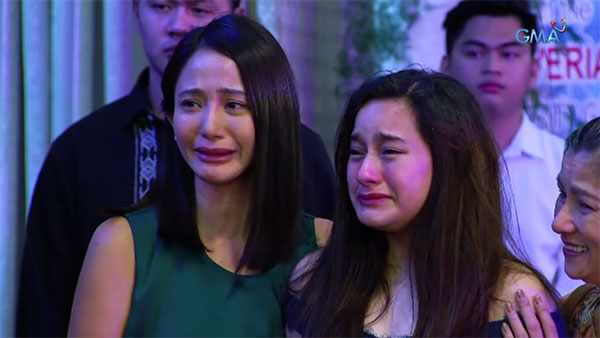 In the "Rescue" episode, the triplets and Lilian try to escape Samuel (Anthony Falcon) and his henchmen after they were kidnapped. This is all planned by Kendra.

Before they can get out of their warehouse, the Donnas find out that Lilian is being drowned in an aquarium.

As this happens, Brianna feels the tension as Lady Prima seems to be considering the claims of Lilian and the three Donnas about being the real Claverias to be true.

#PrimaDonnasRescue is the highest-rating Prima Donnas episode of 2019, getting a TV rating of 9.9%. Its rival program, Kadenang Ginto, received 7.4%.

It was the first episode of Prima Donnas to reach the 9% mark, a number considered high in NUTAM ratings for daytime programs.

The "Unstoppable" episode of Prima Donnas is the prelude to the revelation of the DNA test that will happen two episodes later.

It begins with the Annual Charity Ball of the Claverias hosted by Lady Prima and Jaime. Everyone is invited: the three Donnas, Lilian, Brianna, and Kendra.

For her peace of mind, Lilian decides to avoid Kendra even though the latter continuously provokes her, and goes as far as stripping off Lilian's clothes to publicly humiliate her.

As the Annual Charity Ball happens, Henry (Marcus Madrigal) and Samuel attempt to alter the DNA test results, but the clinic guard spoils their plan.

Kendra feels uneasy with the failure of her plan, thinking that the Claverias might discover that Brianna is fake.

This episode of Prima Donnas got a rating of 9.8%, winning against Kadenang Ginto's 6.6.%. 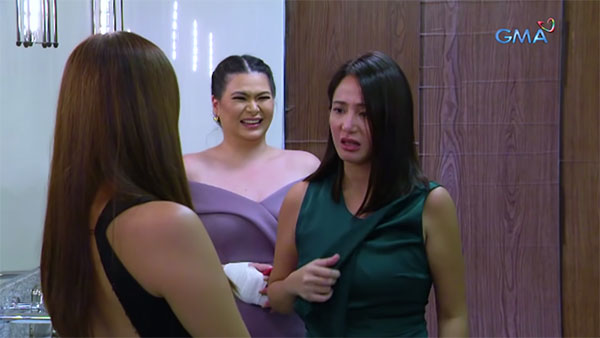