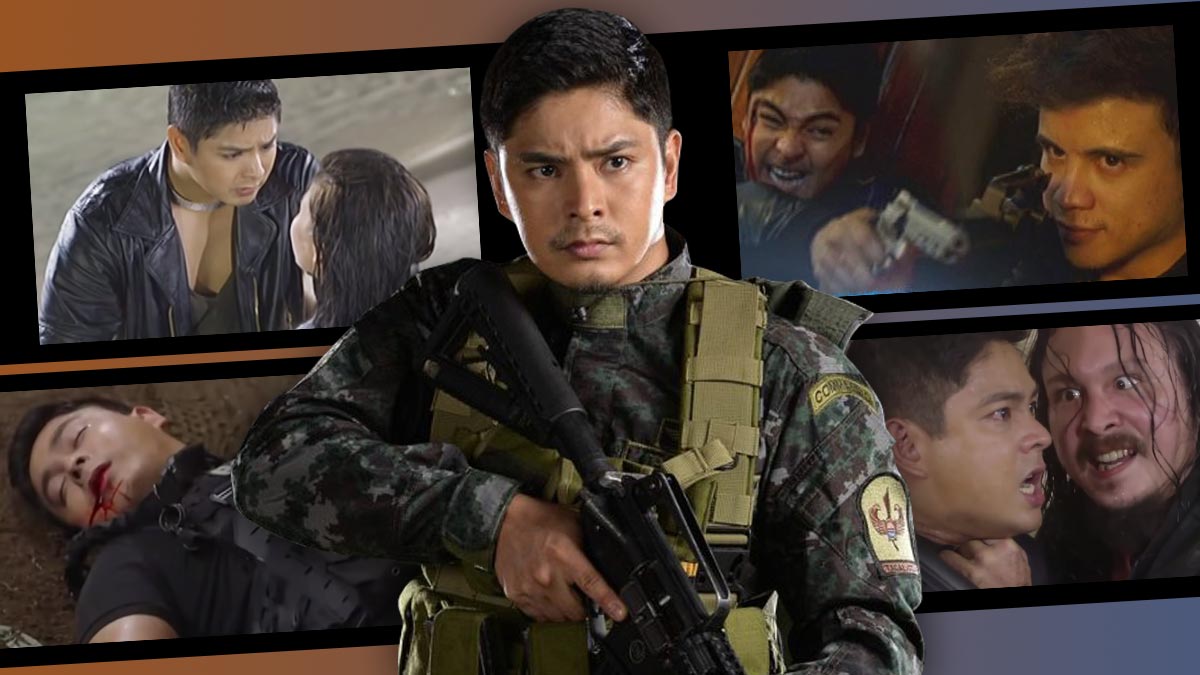 FPJ’s Ang Probinsyano has been ABS-CBN’s number one program on prime-time television since it first aired on September 28, 2015.

A remake of a 1997 movie starring Fernando Poe Jr., Coco Martin top-bills the series as Cardo Dalisay, a policeman who hurdles death-defying encounters in almost every episode of the show.

To date, it is considered the second longest-running teleserye of ABS-CBN, after Judy Ann Santos and Gladys Reyes’ Mara Clara, which ran for five years from 1992 to 1997.

The program resumed its run on June 15, 2020 on Kapamilya Channel, the cable channel that temporarily houses ABS-CBN programs while hearings for the network's franchise renewal are still being held in Congress.

It has been showing the ten episodes that were already on tape but not shown because ABS-CBN ceased broadcasting beginning May 6, 2020.

This is based on the data provided by Kantar Media, the preferred audience measurement provider of ABS-CBN.

In the episode titled “Iligtas si Carmen,” Cardo pretended to be a woman named Paloma to crack a white-slavery case.

Carmen (Bela Padilla), the wife of Cardo’s dead brother Ador (Coco), was kidnapped and imprisoned inside a yacht by a syndicate.

Cardo as Paloma rescued Carmen and saved her from being raped.

“Iligtas si Carmen” was the highest-rating episode in the first season of FPJ’s Ang Probinsyano, registering 46.7% against the16.9% garnered by GMA 7's Little Nanay.

In the second season, Cardo was wrongly convicted in a drug-trafficking case contrived by his erstwhile rival, Joaquin Tuazon (Arjo Atayde).

Cardo was imprisoned, but he escaped and proceeded to expose the crimes of Joaquin and his family.

In the “Matira Matibay” episode, a gun duel between the two ended with Joaquin getting shot.

Joaquin survived and vowed to go after Cardo.

The episode got a TV rating of 44.6% against Encantadia’s 24.5%, according to Kantar Media.

The highlight of the “Gabi ng Duwelo” episode was the duel between Cardo and Romulo “Leon” Dumaguit (Lito Lapid), the leader of the Pulang Araw rebel group.

The match ended with the two making amends and forming a group called Vendetta.

These two episodes from the fourth season focused on Cardo’s grief over the attraction of his wife Alyanna (Yassi Pressman) to Marco (JC Santos).

The strain in Alyanna and Cardo’s marriage was caused by his alliance with the rebel group Vendetta to avenge the death of their son, Ricky Boy.

These two episodes, which aired consecutively, tied in the ratings with 43.1%.

In the fifth season of FPJ’s Ang Probinsyano, new enemies were introduced, including Homer a.k.a. Alakdan (Jhong Hilario).

Alakdan was the most hated character in the series.

A scene from the episode preceding “Tagpo” showed Cardo and Homer in an intense one-on-one combat.

Homer was seriously wounded by Cardo, who used a broken glass to stab the enemy.

The suspense resulted in the next episode, “Tagpo,” garnering the highest viewership rating for the show's fifth season.

A postscript: To the horror of Ang Probinsiyano followers who turned up en masse to watch the episode, Homer did not die and continued to create mayhem in Cardo’s life.

The “Set Up” episode of FPJ’s Ang Probinsyano centered on the touching reunion of President Oscar Hidalgo (Rowell Santiago) and his daughter Aubrey (Ryza Cenon).

It followed a failed assassination attempt that killed his wife (Dawn Zulueta) and their two other children (Francis Magundayao, Heart Ramos), and wounded Aubrey.

Oscar, on the run from assailants and fearing his enemies would go after Aubrey, sought the help of the Vendetta group to extricate her from the hospital where she was being treated.

Aubrey was successfully rescued by Cardo and the Vendetta, leading to a tearful reunion between her and Oscar.

The viewers of FPJ’s Ang Probinsyano were touched by the father-daughter moment, as shown by the ratings that soared to 47.2%, beating Victor Magtanggol’s 15.1%, according to Kantar Media.

Cardo’s life was in danger several times at the hands of Bungo.

In one encounter, Bungo stabbed him three times and, for good measure, fired shots at Cardo, who was coughing blood and losing consciousness.

Bungo had declared Cardo to be “may pagka-sa-pusa,” meaning he just wouldn't die or had nine lives.

Shocked viewers of FPJ’s Ang Probinsyano stayed glued as the violent scene with Bungo unfolded on their TV screen.