Maine Mendoza bruised after falling off the stage of Eat Bulaga! 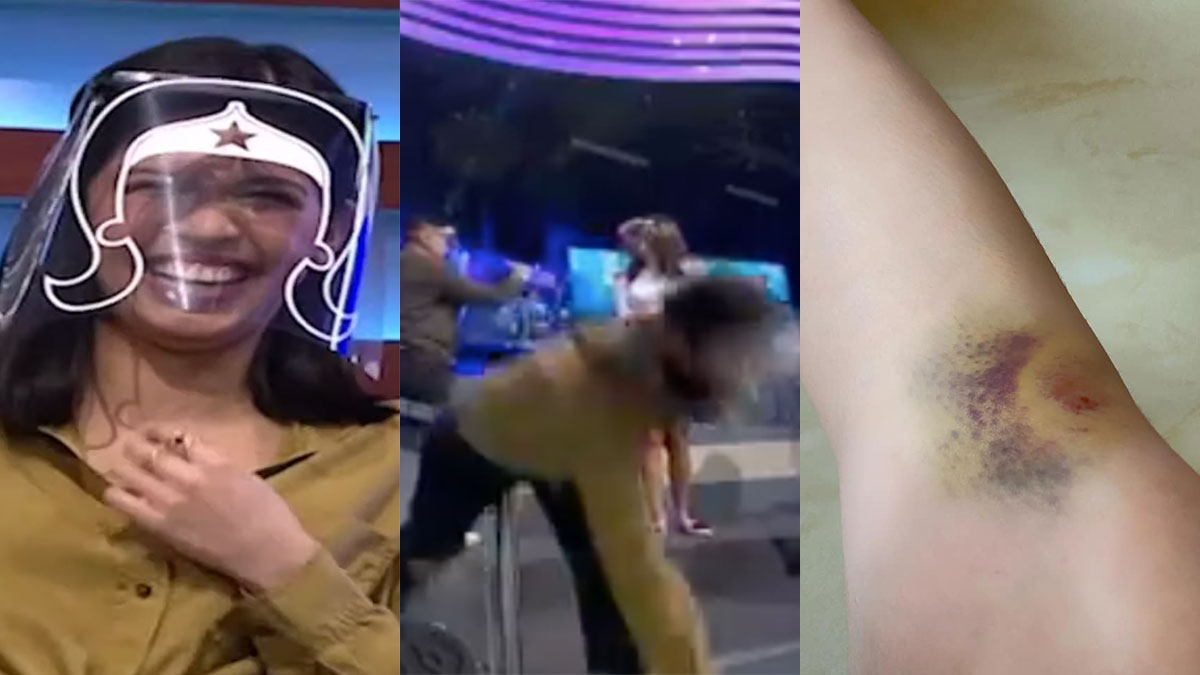 Ay, nahulog! Maine Mendoza falls off the stage of Eat Bulaga! after sliding down the railing of the stage's mini-stairs. She ends up with an ugly bruise.
PHOTO/S: Eat Bulaga! (GMA-7)

Maine Mendoza made her fans laugh with her latest behind-the-scene blooper.

Today, June 30, Maine uploaded a video of her blooper: she fell off the rails of the Eat Bulaga! stage.

In the video, hosts Pia Guanio, Ryan Agoncillo, and Jose Manalo were being briefed for the next segment during a commercial break from the show’s episode of June 29.

Maine and Paolo Ballesteros were waiting for their turn.

Paolo was seated by the side of the stage, while Maine was sitting on the metal railing of the mini-stairs on stage.

While waiting and holding her microphone, Maine was sliding her body down the railing.

However, it seemed like Maine was not aware where the railing ends, so she fell on the floor!

Paolo attempted to catch Maine, but was unsuccessful. 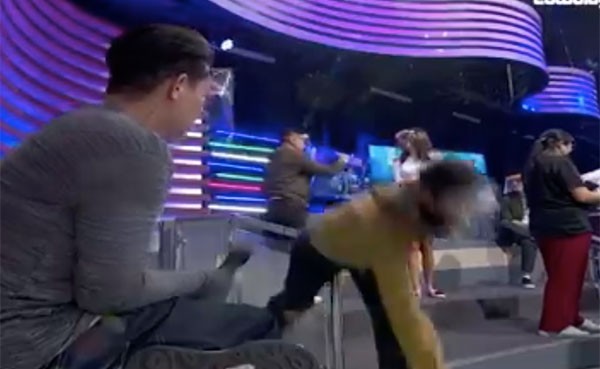 Hearing Maine's microphone drop, Pia, Jose, and the floor director turned around and saw Maine on the floor.

Paolo and an audio man helped Maine get to her feet.

Jose then asked Maine, “Bakit ka ba nagpapadulas?” as they all laughed. 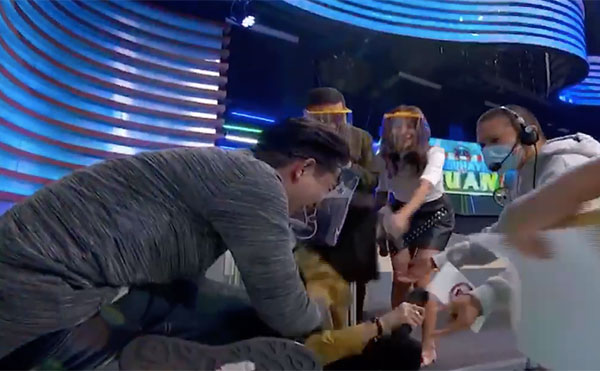 Maine uploaded the video on her Facebook page with the title “sLide.mp4.”

She also added the “nahulog” part of the “Budots” song as she fell down.

At the time, viewers were not aware of Maine's fall as the hosts did not mention anything about the blooper. 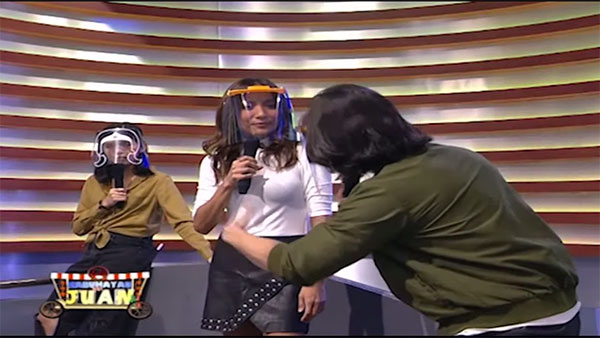 In the comments section, Maine uploaded a photo of the bruise on her leg caused by the fall.

Her caption in the photo was, “Oy masakit to no! Slide pa!” 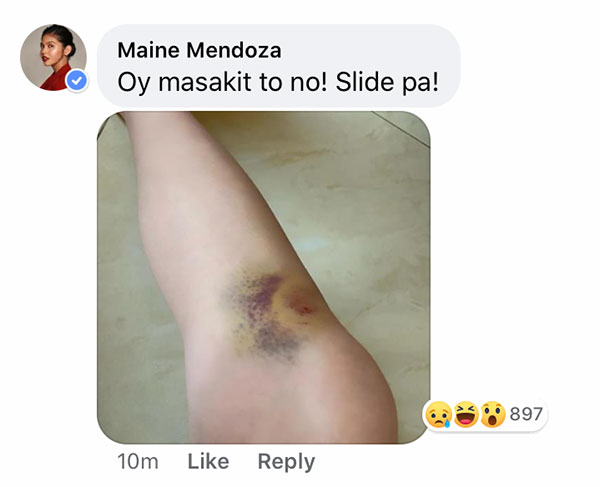 At press time, the video had 263K views and 48K reactions; 41.5K of these reactions were “haha” or laughing emojis.