Remember when Lauren Young appeared with Ejay Falcon in this K-Drama? 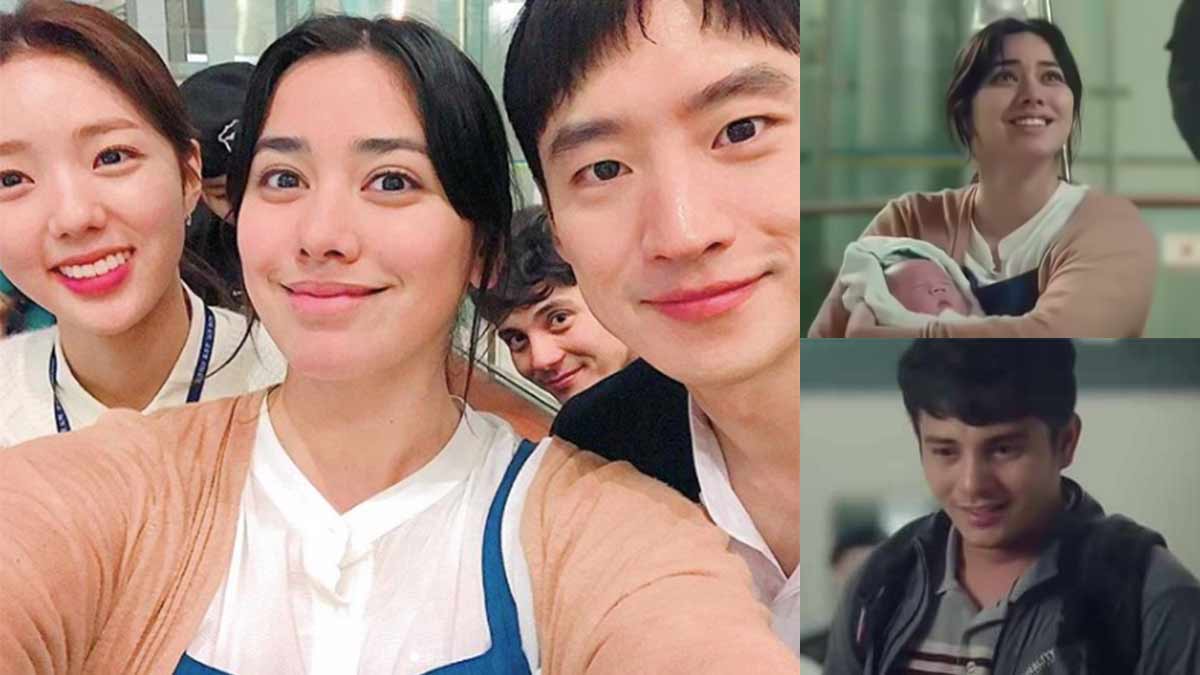 Lauren Young and Ejay Falcon in photo with the Korean actors Chae Soo-bin (leftmost) and Lee Je-hoon (right), the lead stars of Where Stars Land. Lauren and Ejay's scenes in the K-Drama series aired in October 2018.
PHOTO/S: @loyoung on Instagram / SBS

Do you still remember when GMA-7 actress Lauren Young appeared in a K-Drama series?

Lauren did a guest appearance in the K-Drama series Where Stars Land, together with ABS-CBN actor Ejay Falcon, in October 2018.

The two actors flew to Incheon, Korea, in September 2018 for the taping of their scenes.

Lauren and Ejay, playing a married couple, appeared in the seventh and eighth episodes, where Ian Santos (Ejay), is caught trying to enter Korea with a forged passport.

Ian begs the immigration office of Korea to just allow him to be with his pregnant wife, Mari (Lauren), who gives birth at the airport.

He is forced to return to the Philippines, and just as he is about to board the plane, Ian dashes out of the airport trying to escape.

In a touching scene, Ian gets to see Mari and their baby at the airport before he gets deported to the Philippines.

Lauren and Ejay's dialogues in the series are in Filipino, although Lauren switches to Korean when her character talks to the airport staff.

Based on the photos they postsed, Lauren and Ejay enjoyed shooting their scenes in South Korea.

They also took photos with the lead actors of Where Stars Land.

It was also streamed in the Philippines via the video-on-demand service Viu.

Both Ejay and Lauren had just wrapped up their respective TV shows in the Philippines before they taped their scenes for the Korean drama.

Ejay was part of the ABS-CBN early prime-time series The Blood Sisters, which ended in August 2018.