TOTOO BA: Sunshine Dizon received an offer from another network? 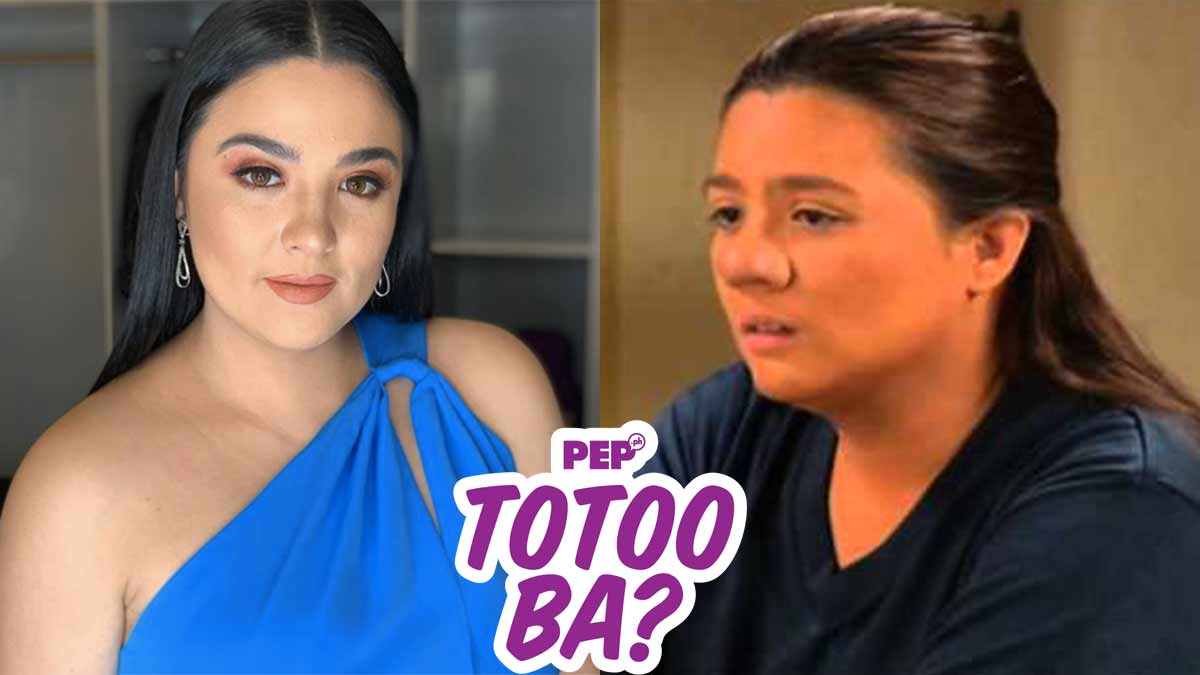 Sunshine Dizon reveals she was prepared to turn her back on showbiz when she became a mother. However, she was convinced to do the teleserye Mundo Mo'y Akin in 2013, which ultimately made her decide to stay on.
PHOTO/S: @m_sunshinedizon on Instagram / GMA-7

“That’s true,” was the answer of Sunshine Dizon.

In her PEP Live interview for PEP.ph (Philippine Entertainment Portal) on April 2020, Sunshine recalled that was the time when she became mom to her two kids.

Sunshine was still on maternity leave when she got a call from GMA-7 offering a project that she was hesitant to accept.

She said in the interview, “Actually, nakakatuwa naman looking back na when I gave birth to Doreen, GMA was still calling and asking if I’m ready to come back.

"Hindi ko na-experience iyong parang long break and I just stay at home and experience things on my own.

OFFER FROM ANOTHER CHANNEL

Apart from receiving an offer from GMA-7 for a comeback project, Sunshine also got an offer to do a project for another television station.

She did not mention in the PEP Live interview the name of the station, but she did reveal in another interview it was TV5.

She continued, “So noong time na iyon, I actually got an offer from another channel, they wanted me to do this parang project pero parang…

Then came another offer from GMA-7, which was a guest appearance in Magpakailanman.

Sunshine was tapped to top-bill the life story of Lucy Aroma, the woman who committed suicide by jumping into the MRT railway tracks.

Sunshine was willing to do the project, but only as one-shot deal.

“Kumbaga it wasn’t a big deal. Ako naman, when I did that Magpakailanman episode, at the back of my head, ‘Ah okay lang, guesting lang naman, parang hindi big deal.’

Sunshine was surprised when GMA-7 started plugging her guesting in the show as her showbiz comeback.

To calm herself, Sunshine conveyed her misgiving to her good friend Mona Coles-Mayuga, executive producer of Magpakailanman.

“At least there’s still, kumbaga, a window is always open for me to come back if I really wanted to.”

Sunshine’s appearance in Magpakailanman won the ratings game against its rival program.

At the same time, TV5 was still calling her about its offer.

However, RJ Nuevas, one of the network's creative managers and another good friend of Sunshine, offered her to do a full-length teleserye.

She said, “So awa ng Diyos, mataas naman iyong rating ng episode na iyon and then they started calling me na for a project.

"And nagkataon nga may sumabay na offer from the other station.

“Pero ultimately, while praying about it, I realized na parang GMA has always been my home.

“They were trying to convince me na, ‘Shine, we really want you to do this dahil parang Bakekang part two.”

Bakekang was Sunshine’s 2006 teleserye where she portrayed a woman with a deformed face.

The role required her to wear prosthetics as she would do in her next drama series, Mundo Mo’y Akin.

“Sabi nila, ‘No, it will be perfect and for sure na magagawa mo ito. Kumbaga parang patterned na ito for Sunshine Dizon.' Anyway, I took the chance na sige, go.”

The show did well in the ratings game.

After Mundo Mo’y Akin, Sunshine went on to do more highly rated teleseryes, such as the afternoon series Ika-6 Na Utos, the first teleserye that aired from Monday to Saturday.

“’Tapos, iyong Ika-6 Na Utos nga, who would’ve thought na the first ever show that will be aired six times a week and number one trending talaga.

The series, however, is on an airing break as GMA-7 temporarily halted production for its entertainment programs because of the COVID-19 pandemic.