Liza Soberano, Enrique Gil give own ending to cancelled series Make It With You 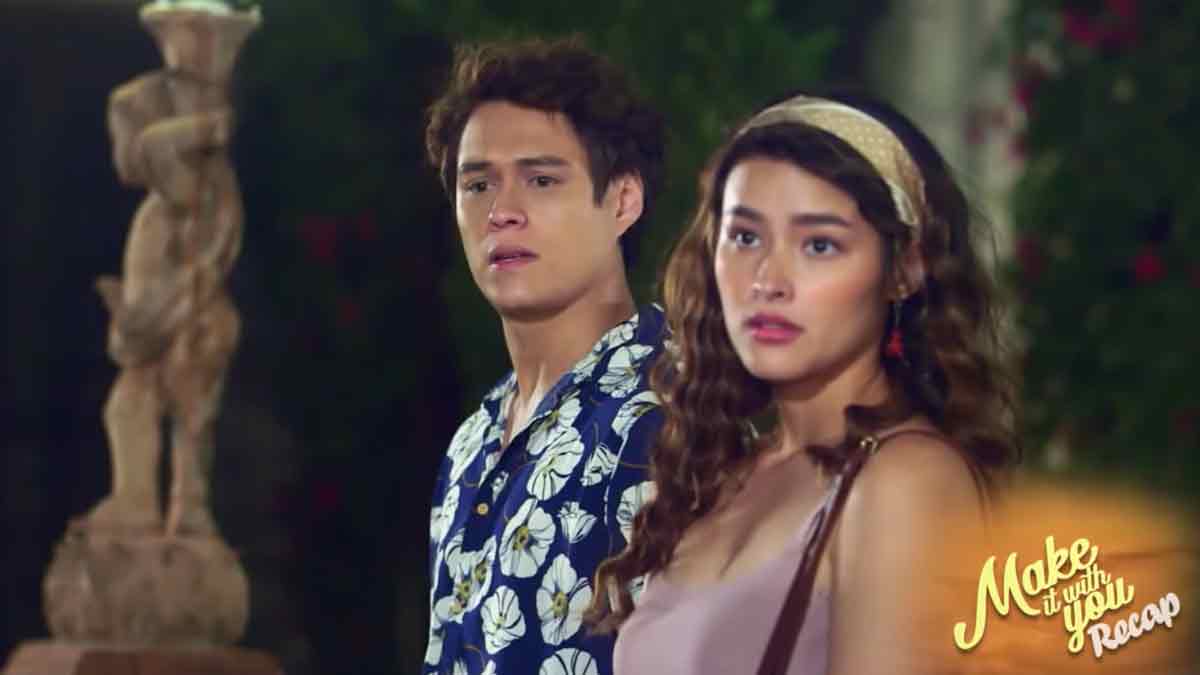 Liza Soberano and Enrique Gil imagine what would have happened to their characters, Billie and Gabo, at the ending of their romance series, Make It With You. The teleserye was cancelled after the pandemic halted productions and ABS-CBN continued to deal with its franchise-renewal problems.
PHOTO/S: Screen grab from ABS-CBN Entertainment via YouTube

Liza Soberano and Enrique Gil gave their own take on how their last teleserye, Make It With You, would have ended had it not gotten cancelled early this year.

During the Star Magic Love From Home fan session livestream last Saturday, July 4, 2020, a fan asked Liza and Enrique what they think happened to their characters, Billie and Gabo, respectively, at the end of the series.

Liza and Enrique—or LizQuen as fans call them by—agreed that the series would have ended with Billie and Gabo getting the simple life they had always wanted.

"Even though both of them are big dreamers, ang main goal lang naman nila is to live a simple life with their family.

Enrique, for his part, saw his character Gabo giving up his corporate career to pursue a simpler, provincial life.

He said, "I think he's willing to give that all away and just work on something that's just enough, and something that will make him happy."

Make It With You Cancellation

Fans were downhearted when news of Make It With You's cancellation made the rounds online on June 5, 2020.

Theodore Boborol, one of the directors of Make It With You, was among the first to address the fans.

But the director did not provide a concrete reason as to why it was cancelled.

He only mentioned that the returning series at the time had "multiple episodes already in the can."

Boborol added that the cancellation was "difficult for everyone," especially since it happened during the pandemic and a month after ABS-CBN was asked to shut down by the National Telecommunications Commission (NTC).

Ogie Diaz, Liza's talent manager, consoled LizQuen and teased that there was another LizQuen teleserye in the works.