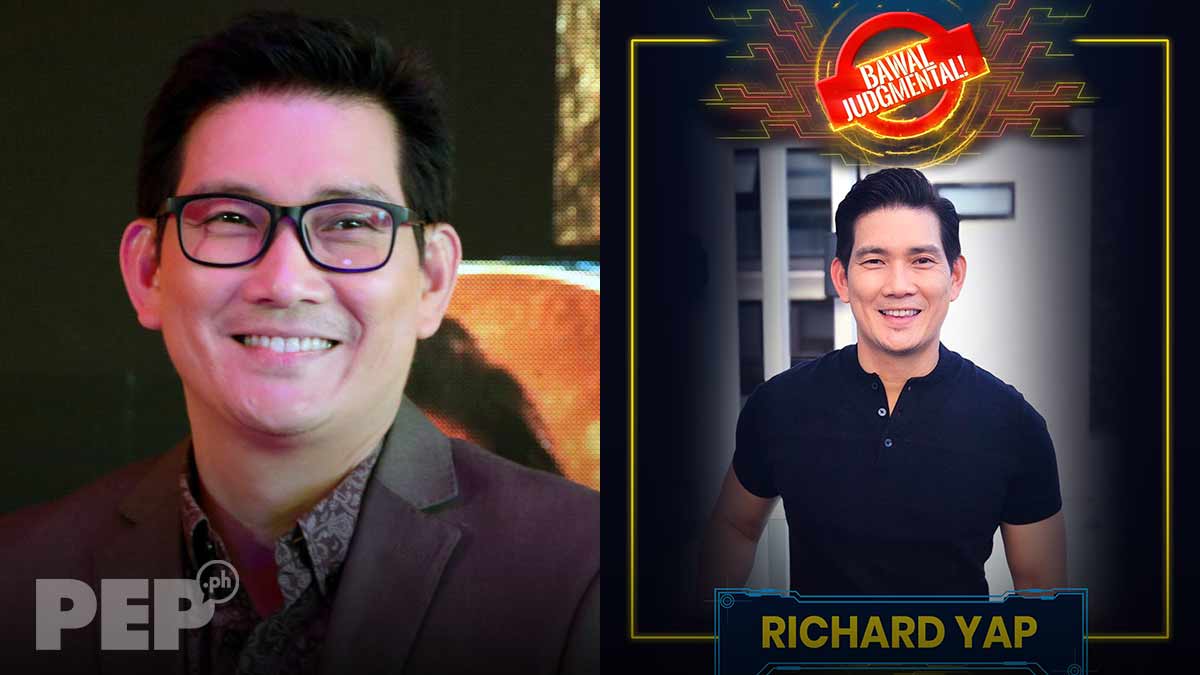 This was announced today on the show's Facebook page.

Today, also, Richard has just tweeted his dismay over the denial of Congress to renew ABS-CBN's franchise.

He wrote, "A sad day for everyone [crying face] let us always remember this day [praying hands]"

He is also the first Kapamilya star to appear in a GMA-7 show after ABS-CBN's broadcast franchise is officially killed today, July 10, 2020.

Other talents of ABS-CBN had previously participated in Eat Bulaga’s “Bawal Judgmental” segment while the nation was awaiting the final decision on the ABS-CBN franchise renewal. They were Pokwang, Louise delos Reyes, and Kim Molina.

Eat Bulaga! itself has had Kapamilya stars as guests, including Enchong Dee and Judy Ann Santos.

In early 2019, there was hush-hush talk about Richard's plan to move to GMA-7.

Back then, he was busy campaigning for a seat in Congress as representative of Cebu. (He lost his congressional bid.)

The blind item hinted that the Kapamilya actor’s transfer would happen after the general elections of May 13, 2019.

PEP Alerts’ Troika column named Richard as the actor in the blind items.

Richard and his camp did not react to the rumors.

In June 2019, ABS-CBN’s afternoon series Kadenang Ginto launched a teaser for its third season, which revealed Richard will be part of the show.

In a press conferencein in July 2019 for the new season of Kadenang Ginto, Richard said about the network-transfer rumor: "Tsismis lang iyon.”

The actor stayed in Kadenang Ginto until the show’s finale in February 2020.

Richard started his career in ABS-CBN via the prime-time series My Binondo Girl in 2011, as Papa Chen, the father of Kim Chiu.

His popularity as Papa Chen paved the way for his role as "Sir Chief" Lim in the widely followed daytime series Be Careful With My Heart, opposite Jodi Sta. Maria, in 2012.

The series, which was originally intended for a 13-week run as an experimental teleserye in the morning slot, received such impressive ratings that it was extended several times.

The show ran for two years and four months until 2014.

Be Careful With My Heart's success crowned Jodi and Richard as ABS-CBN's "Daytime Queen and King."