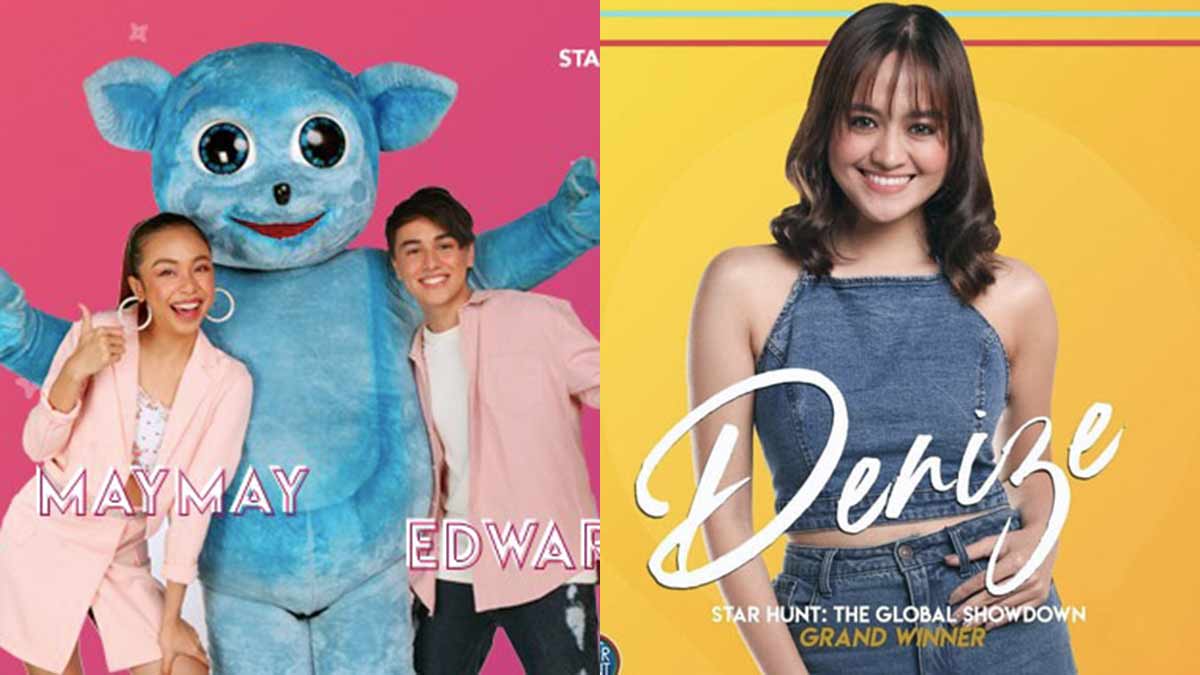 ABS-CBN's Star Hunt: The Global Showdown, which was streamed on Kumu and hosted by Maymay Entrata and Edward Barber, bags two awards at the 2020 Asia-Pacific Stevie Awards. Denize Castillo (right frame) is hailed as the winner of the online singing competition on December 2019.
PHOTO/S: Star Hunt (ABS-CBN)

Star Hunt: The Global Showdown, hosted by Maymay Entrata and Edward Barber, was shown on the Filipino-owned social streaming application Kumu in December 2019.

The official website of the Stevie Awards says the awards aim to honor the achievements and contributions of organizations and working professionals worldwide.

Open to all organizations in the 29 nations of the Asia-Pacific region, including the Philippines, more than 1,000 nominations were considered this year in different categories.

The winners of the Gold, Silver, and Bronze Stevie Awards were determined by more than 100 executives around the world acting as judges last May and June.

The virtual awards ceremony is slated for September 22, 2020.

Star Hunt: The Global Showdown was the first online program that has given Filipino singers from various countries a chance to showcase their talent to a much larger audience.

Denize Castillo, a 21-year-old theater arts student, won the grand prize of $10,000 and a recording contract with Star Music. Prior to Star Hunt, Denize auditioned for Idol Philippines, but she did not make it to the finals.

Star Hunt, hailed as ABS-CBN’s grand audition caravan, held a huge audition event in 2018, allowing aspiring artists to be part of ABS-CBN’s reality programs, such as Pinoy Big Brother, Idol Philippines, It’s Showtime, and I Can See Your Voice.