Actresses who backed out of major teleserye roles 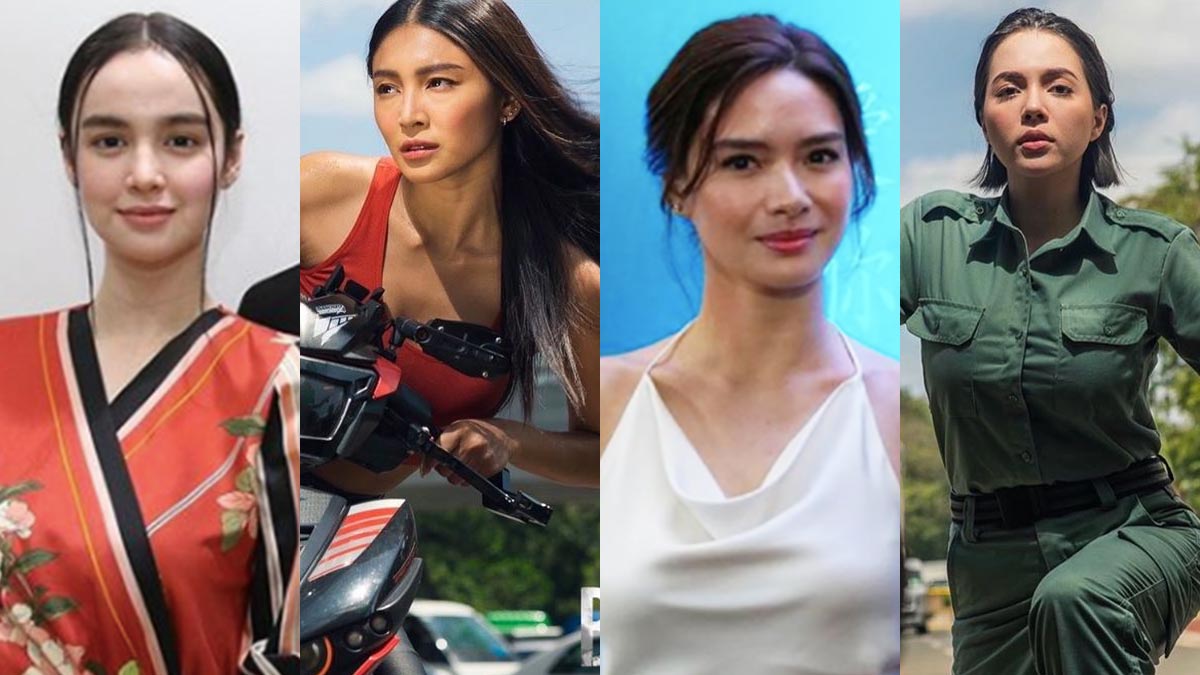 What is the reason behind the withdrawal of these actresses from their respective TV projects?
PHOTO/S: GMA-7 / Dreamscape Entertainment

Television is truly unpredictable, especially when it comes to casting actors in TV shows.

Until the show airs its pilot episode, casting changes are inevitable.

Some back out after the announcement; others do so even after shooting some scenes.

When the latter happens, the production is forced to reshoot or even change the entire storyline of the show.

PEP.ph (Philippine Entertainment Portal) lists down some of the actresses who deliberately backed out of a project.

This does not include those who were pulled out by their management or the network.

The list does not also include those who turned down roles offered to them by their network.

In February 2020, ABS-CBN and Dreamscape Entertainment announced that Julia Montes and Nadine Lustre would be working together for the first time via a prime-time series called Burado.

The series was pivotal to the career of both actresses. It was Julia’s full-length comeback after taking a showbiz hiatus in 2018, and Nadine’s first teleserye without her love-team partner James Reid.

Also featuring Paulo Avelino, Zanjoe Marudo, and Thai actor Denkhun Ngamnet, the series was supposed to be shot in Thailand.

The team already taped sequences in Thailand, but had to stop because of the COVID-19 pandemic.

The airing of Burado also became uncertain after ABS-CBN stopped broadcast operations on May 5, 2020, following the expiration of its congressional franchise and the issuance of a cease-and-desist order from the National Telecommunications Commission.

On June 9, 2020, PEP Troika reported that Burado is still pushing through. However, Julia and Nadine have reportedly decided to back out of their roles.

The same report stated that Arci Muñoz will replace one of the girls.

On July 7, 2020, Pilipino Star Ngayon reported that Arci and Angelica Panganiban are the two new leads for the series. Instead of Burado, the show is now titled Walang Hanggang Paalam.

PEP Troika reported on July 13, 2020 that the cast of Walang Hanggang Paalam will begin their lock-in taping in Zambales in the same week. 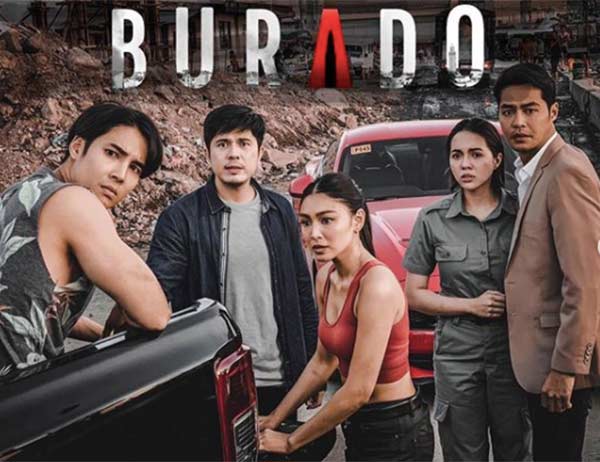 In April 2019, fans got excited when ABS-CBN announced that Kim Chiu, Xian Lim, and Erich Gonzales would be joining forces for a series titled Love Thy Woman.

Love Thy Woman would be Erich, Kim, and Xian’s reunion after playing guest roles in the 2011 teleserye Minsan Lang Kita Iibigin, where they also played a love triangle.

Taping had commenced after the story conference for the series that cast Kim and Erich as half-sisters and Xian as the man that would cause their rift.

Months later, on July 25, 2019, PEP.ph received a scoop that Erich had already backed out of the show.

The source stated that Erich resigned from the show because her character was turned into a kontrabida. This was not in the discussion when the role was first pitched to her.

Weeks later, on August 15, Dreamscape Entertainment released a statement about Erich’s withdrawal from the show.

The statement cited “creative differences” as the reason behind Erich’s resignation, and that Yam Concepcion had been chosen to replace her.

Love Thy Woman currently airs on the Kapamilya Gold block of Kapamilya Channel, ABS-CBN’s cable and satellite channel that houses the shows of the network after its shutdown. 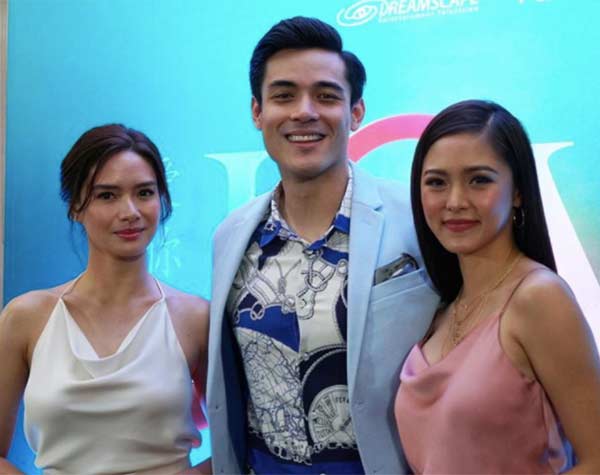 In January 2019, ABS-CBN announced its new series titled Sandugo, with Aljur Abrenica and Ejay Falcon in the lead roles.

Aiko Melendez, who was fresh from doing the shows Wildflower and Bagani, was part of the veteran cast members alongside Cherry Pie Picache, Ariel Rivera, and Gardo Versoza.

However, in March 2019, Aiko decided to back out of the show to focus on campaigning for her boyfriend, Jay Khonghun.

At the time, Jay was running as vice governor in Zambales. He eventually won.

As taping for Sandugo had already started during the campaign period, ABS-CBN tapped Vina Morales as Aiko's replacement.

In May 2019, after the elections, Aiko attended the story conference of GMA-7’s upcoming afternoon series, Prima Donnas.

It was her first full-length teleserye with GMA-7 since doing guest appearances in the network during the early 2000s. 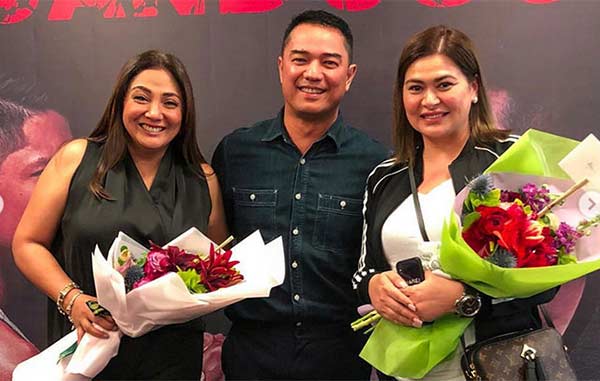 Marian Rivera was supposed to star in the 2015 series The Rich Man’s Daughter, which would serve as her first teleserye after getting married to Dingdong Dantes in December 2014.

It was a provocative role for Marian since she would be playing a lipstick lesbian in the series, with Glaiza de Castro as her partner.

As the series started grinding in April 2015, Marian found out that she was pregnant with her first baby.

She first said that she would still push through with The Rich Man’s Daughter despite her pregnancy.

However, on April 17, 2015, GMA-7 announced that Marian had decided to withdraw from the project because of her delicate condition.

The network understood Marian’s decision, and chose Rhian Ramos to replace her in the show. 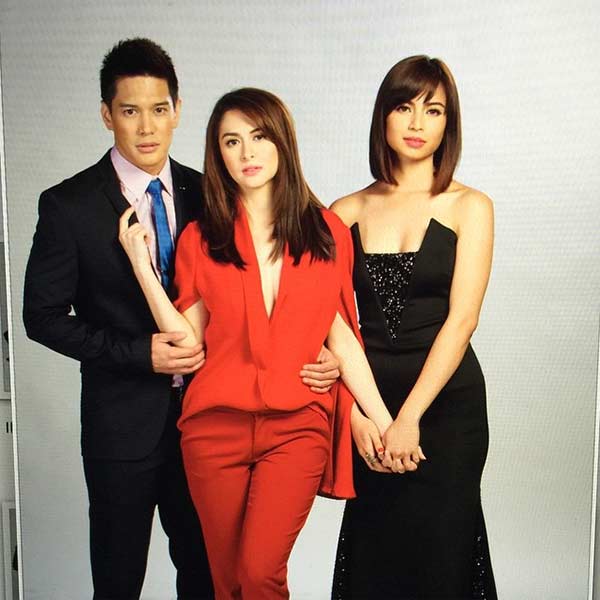 In November 2018, GMA-7 announced its upcoming afternoon series Ganti, which would be top-billed by Max Collins, Jason Abalos, Mark Herras, and Kim Domingo.

A month later, PEP Alerts’ Cabinet Files reported that Kim decided to back out of the role after attending the story conference and look test.

According to the report, Kim found the role too sexy for her.

Sophie Albert was chosen as her replacement, and the series’ title was changed to Stolen. But Bihag became its final title when it aired from April to August 2019.

After backing out of Bihag, Kim was assigned to do play a kontrabida role in the afternoon series Hanggang Sa Dulo Ng Buhay Ko. 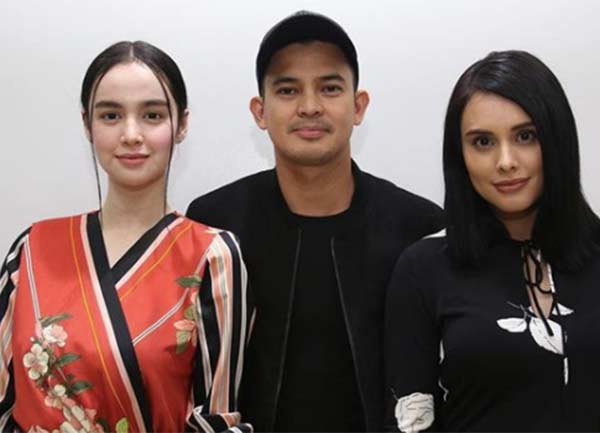 The following month, Winwyn said that she was no longer part of Pamilya Roces.

"So we have to wait for the right project.

Sophie Albert was chosen to replace Winwyn in the role of Amber, the liberated half-sister of Crystal (Carla Abellana). In the story, Amber later becomes the mistress of Crystal’s husband, Hugo (Rocco Nacino).

Roxanne Guinoo was supposed to top-bill an episode of Precious Hearts Romances: Bud Brothers in 2009, with Guji Lorenzana as her leading man. The two had already started taping for the series.

However, when the episode was about to air, it was announced that Kaye Abad would be taking over Roxanne’s role.

In an interview with PEP.ph, Roxanne explained why she decided to back out of the show.

Upon reading the script right before the first day of taping, Roxanne felt that she could not do the sensual scenes.

Later, in late 2009, ABS-CBN announced that Roxanne would top-bill the afternoon series Magkano Ang Iyong Dangal?, with Chito Rono as her director. Sid Lucero and Rayver Cruz would be her leading men.

However, after her first taping day, Roxanne backed out of the series again. Its business unit head, Raymond Gallegos Dizon, explained to ABS-CBN News that she could not do the sensual scenes asked by the show's director, Chito Rono.

Bangs Garcia was chosen as her replacement.

After two months, Roxanne revealed that she was pregnant. However, she learned of the pregnancy a few weeks after Magkano Ang Iyong Dangal? aired its pilot episode.

In 2012, Kylie Padilla and Dingdong Dantes were supposed to do a project titled Haram, a love story about a Muslim girl and a Christian soldier. Lorna Tolentino was also part of the project.

A few weeks later, GMA-7 decided to shelve it.

In a statement, the network explained that the project won’t push through anymore because of the “current tense atmosphere all over the world and in solidarity and in respect to the entire Muslim Community.”

GMA-7 then decided to conceptualize a new project for Dingdong, Kylie, and the rest of Haram’s supposed cast.

Weeks later, the Kapuso network announced that Dingdong, Kylie, and Lorna would top-bill Pahiram ng Sandali, a teleserye that would tackle a complicated love triangle among the lead stars.

On November 9, 2012, PEP.ph reported that Kylie decided to back out of the series.

In a statement sent by Vidanes Celebrity Marketing, the talent management company handling her career, the role of Kylie in the new series was “far too adult” for her.

Kylie was 19 years old at the time.

Max Collins was later chosen as her replacement. 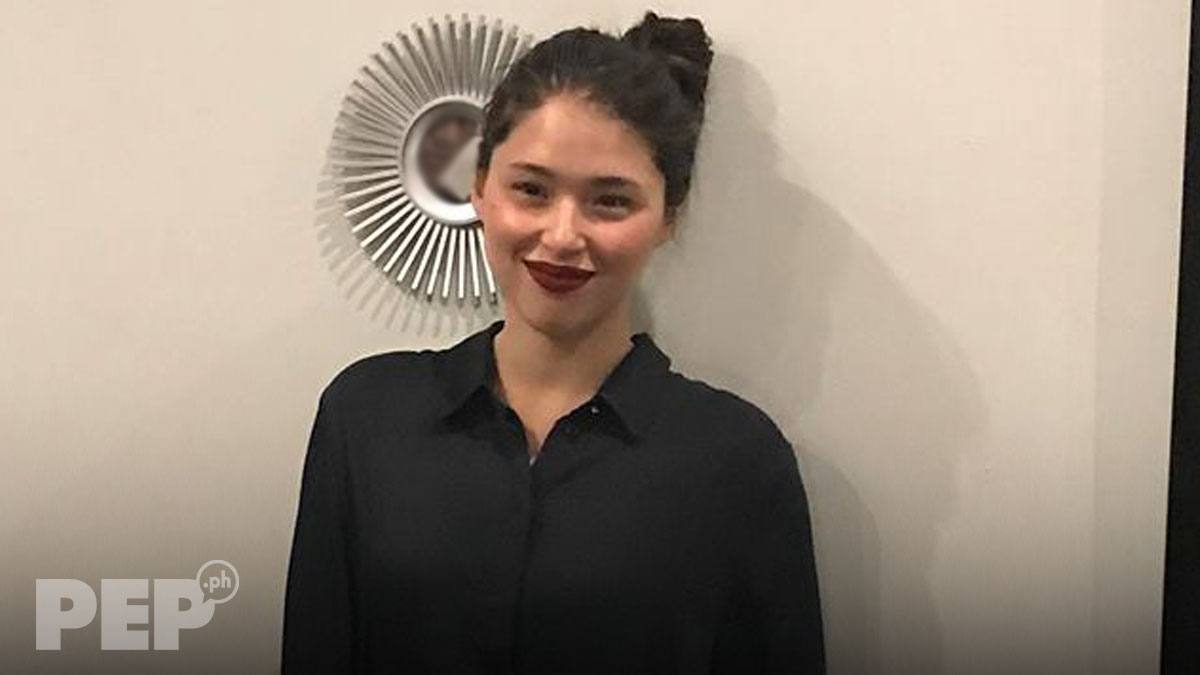 Yen Santos (Because You Loved Me)

In 2016, ABS-CBN announced that Jake Cuenca and Gerald Anderson would reunite in a teleserye titled Because You Loved Me, with Yen Santos as the leading lady.

The teleserye would tackle the lives of triathletes. Triathlon is a sport that involves three events: swimming, cycling, and long-distance running.

Soon after the story conference in April 2016, taping commenced in Bulalacao, Mindanao.

Because Yen was set to play a triathlete, she had to learn the sport, which included swimming in the ocean.

A few months later, it was reported that Gerald would be reuniting with his former love-team partner and ex-girlfriend, Kim Chiu, for the series. This was later confirmed when ABS-CBN held a story conference for a series called Ikaw Lang Ang Iibigin.

Although the title was different, Ikaw Lang Ang Iibigin followed the story of Because You Loved Me. Yen was later assigned to join Jericho Rosales’s ongoing series, Magpahanggang Wakas.

Reports then came out that Yen really backed out of the series, which then allowed the Kimerald TV reunion to happen.

Ikaw Lang Ang Iibigin aired as a daytime series in May 2017.

A year later, in October 2018, PEP.ph asked Yen about the truth behind her exclusion from the show.

Yen explained that she tried training for the series despite her fear of the water. 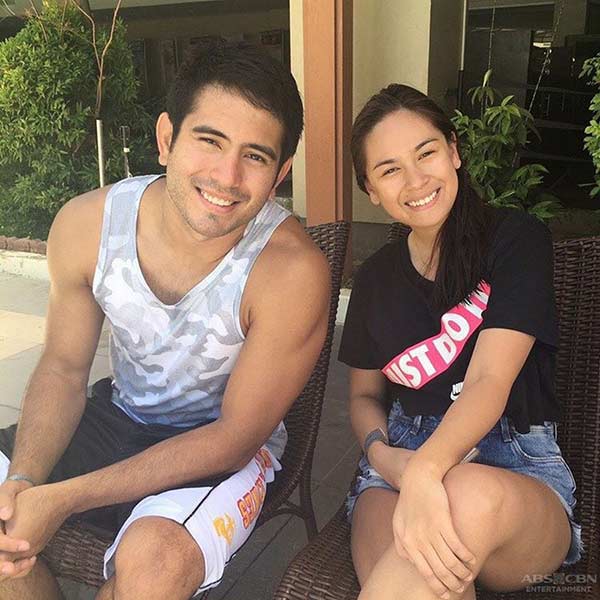