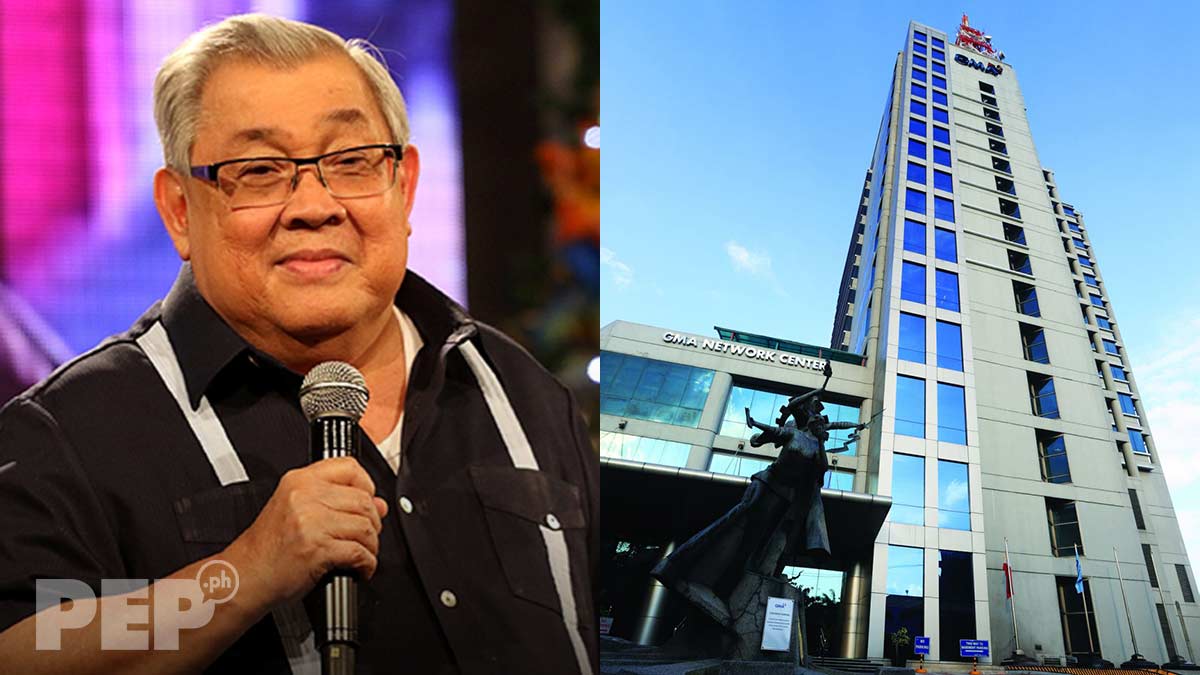 GMA-7 Chairman and CEO Felipe L. Gozon: "I am pleased to say that your company is debt-free as of end-March 2020."
PHOTO/S: Noel Orsal / GMA-7 PR Photo

Like most companies, it suffered financial setbacks because of the COVID-19 pandemic and the absence of election-related inflows, which boosted its income in 2019.

Under the threat of recession induced by a pandemic, the Philippines suffered during the first half of the year, with its gross domestic product growth predicted to decline for the rest of 2020 to 6.5 percent, according to the National Economic Development Authority.

This was still a rosier outlook compared to predictions of a 0.6 percent flat growth by the International Monetary Fund.

Gozon reported that GMA's top line, or its gross income, for the first three months of 2020 was at PHP3.5 billion, or seven percent lower than it recorded in 2019.

Also for the same period, the network's net income after tax was at PHP583 million, or 19 percent lower than the previous year's.

Gozon said, “Despite these temporary financial setbacks, I am pleased to say that your company is debt-free as of end-March 2020.

“I repeat, your company is debt-free as of end March 2020, and this demonstrates our ability to balance ratings growth with sound financials.”

The Kapuso top honcho also revealed that GMA Network paid 2.2 billion in national and local taxes in 2019, not including withholding taxes from employees, talents, and suppliers amounting to PHP1.2 billion.

GMA-7 made the briefing to traditional and online media, including PEP.ph (Philippine Entertainment Portal), at the company’s annual stockholders’ meeting held via Zoom today, July 17.

According to Gozon, GMA-7 entered 2019 from a “position of strength” financially.

This was attributed to the increase in the company’s consolidated revenues from 2018.

The CEO explained, “Despite the challenges we encountered, we managed to increase our consolidated revenues from the previous year by eight percent. That is from PHP15.2 billion to PHP16.5 billion.

On Channel 7 being the company’s biggest moneymaker, Gozon said, “Its revenues were at PHP13.2 billion, nine percent or PHP1 billion more than in the same period in 2018.”

“Political advocacies and advertisements worth PHP712 million propelled the growth.

“Minus this windfall, the network still managed to surpass the previous year’s recurring sales by PHP394.3 million or three percent.”

“Our radio business continued to grow as well, with recorded sales of PHP633.6 million.

"It recorded a seven percent improvement in its top line amounting to PHP41 million, while some PHP24.5 million worth of election-related placements lifted radio’s top line recurring sales increased by PHP21.3 million or four percent from the previous year.

“We also had one of our finest years in regional TV, on top of the ratings improvements, regional TV sealed the year with combined revenues of a little more than PHP274 million, edging previous year by four percent or PHP10.7 million.”

In 2019, management was able to keep costs down, with only a single-digit increase of six percent, or PHP12.7 billion total consolidated operating expenses (OPEX).

Gozon said, “As a result, earnings before interest, taxes, depreciation, and amortization was higher by PHP568 million, at PHP5.4 billion, or up by twelve percent from previous year.”

The network’s international subsidiaries—GMA Pinoy TV, its international channel; and GMA Worldwide Inc., which focuses on selling Pinoy content for syndication by other countries—also registered a good financial performance.

“In the international prod, airtime advertising through GMA Pinoy TV sealed the period at PHP72 million, nine percent more than that of 2018.

“Revenues from subscription income were at a little more than PHP1 billion. We have closely worked with our partner-carriers to make our programs available across all traditional and digital platforms, involved linear and non-linear formats.

“Our dramas have also proven their universal appeal as they continue to be popular among viewers in countries like Kenya, the Dominican Republic, etc.

"According to data from African surveying platform Geopoll, English-dubbed versions of several of our programs airing in Kenya exceeded expected figures for prime time viewership.

“This only shows that our drama’s unique storylines, universal themes, and values make them relatable to foreign audiences and helped boost the ratings of broadcasters in different territories."

The chairman added, “For your information, today’s GMA international channels are distributed in over 90 countries through our partnerships with over 40 carriers.”

“Through the collaborative efforts of various groups within the network, it achieved triple digital ad revenue growth which is expected to rise even more moving forward.

“Revenues from ALTA Productions went up by thirteen percent, while revenues from Script2010 increased by one percent.”

“Affordabox offers unique services such as datacasting and emergency warning broadcast system, all for the price of only 888 pesos.”

Later in the meeting, Gozon also said the GMA Affordabox is exceeding targets, and described their product as selling like “hot pandesal.”

“In fact, we are overshooting our targets. Just this morning, I have a request to increase the purchase or the number of boxes to be purchased.”

The network also aims to introduce new digital channels over the next few months.

Its first digital channel, aside from GMA-7 and GMA News TV, is the Heart of Asia channel, featuring K-Dramas and other Asian dramas, including local shows like TGIS and Amaya.