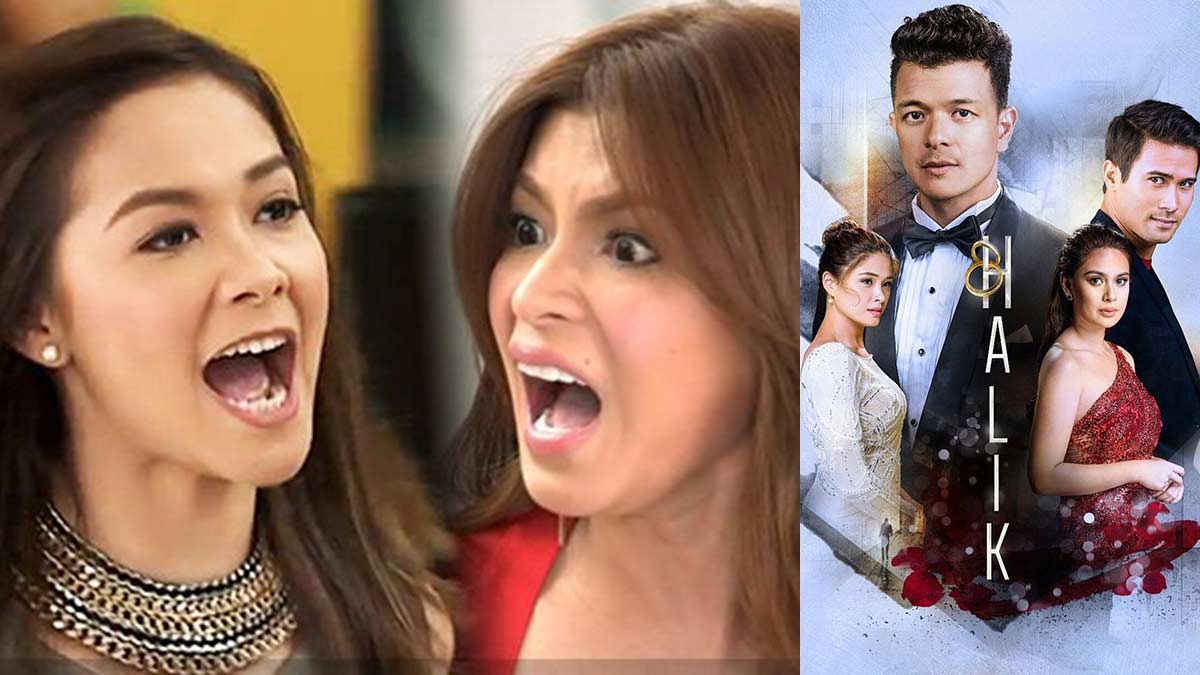 The Legal Wife and Halik are two ABS-CBN "kabet" series that reached the 30% mark in the ratings game, according to Kantar Media.
PHOTO/S: The Legal Wife / Halik (ABS-CBN)

Without a doubt, the "kabit” series has become a popular genre on Philippine television.

Also called “kabetseryes,” it was coined by viewers to refer to teleseryes that have themes of infidelity and adultery.

And despite showing more of the same formulaic plot of a legal wife exacting revenge on her rival, the kabetseryes don't seem to grow old.

In fact, they've maintained a massive following through the years.

PEP.ph (Philippine Entertainment Portal) lists down the five infidelity-themed teleseryes produced by ABS-CBN over the past ten years, and how each series performed in the ratings game.

The ratings in this article are based on the data from Kantar Media national ratings, the preferred audience measurement of ABS-CBN.

This does not include Love Thy Woman, which still airs on ABS-CBN's Kapamilya Channel.

Out of loneliness, Paul gets involved in an extra-marital affair with Mia.

Sarah follows Paul in Doha and finds him living together with Mia.

The pilot episode of Kung Ako’y Iiwan Mo, according to Kantar Media ratings, scored a rating of 11.5%. The series was not able to beat GMA-7’s The Good Daughter.

The Good Daughter, which top-billed Kylie Padilla, was the flag bearer of GMA-7’s afternoon block, got a rating of 14.9%. 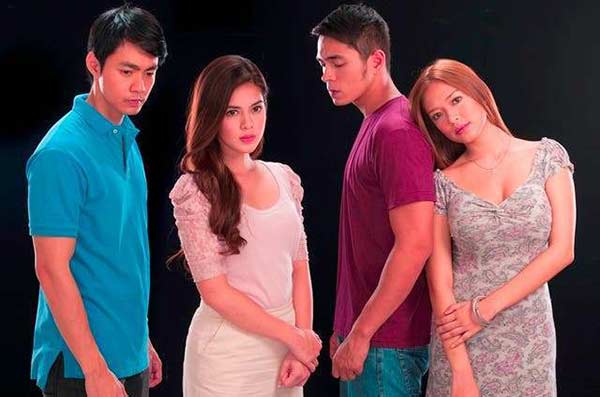 The Legal Wife is the story of Monica (Angel Locsin), a career-driven family woman who discovers that her husband Adrian (Jericho Rosales) and bestfriend Nicole (Maja Salvador) are having an affair.

The series, which served as Angel’s prime-time comeback after 2011’s Imortal, got a TV rating of 21.0% for its pilot episode on January 27, 2014, according to Kantar Media.

Airing on the same day, the pilot episode of its rival show, Rhodora X, scored 11% in the ratings. The Legal Wife ranked fifth as the most-watched prime-time program, while Rhodora X placed ninth.

The Legal Wife’s finale aired on June 13, 2014, and was ranked the number one most-watched prime-time program on that day—a rare feat for a program showing on the third prime-time slot. 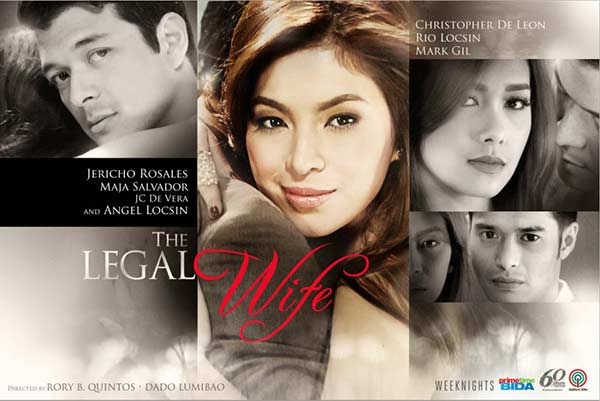 The story of Two Wives, a remake of a K-Drama shown in ABS-CBN in 2012, revolves around Yvonne (Kaye Abad), who discovers her husband Victor (Jason Abalos) is having an affair with a rich woman named Janine (Erich Gonzales).

Their marriage is annulled, but an accident leads Victor back to Yvonne. Suffering from temporary amnesia, he has no memory of his life with Janine. 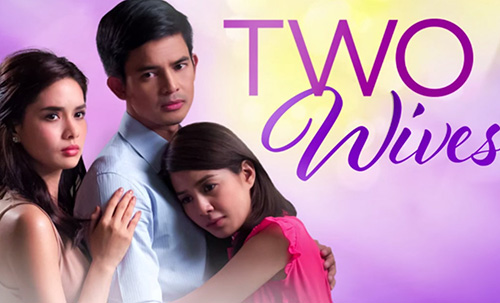 Tubig at Langis tells the story of Irene (Cristine Reyes) and Natoy (Zanjoe Marudo), high-school sweethearts whose romance is rekindled and leads to their marriage.

Natoy gets the barrio lass Clara (Isabelle Daza) pregnant after a one-night stand, and here is where Conching's plot to separate him from Irene thickens.

The pilot episode of Tubig at Langis on February 1, 2016 got a rating of 13.7% against its rival program, Buena Familia, which garnered 11%.

It was the most-watched daytime show on that day garnering a rating of 21.6%, which was unusually high given that the afternoon block hardly ever reaches the 20% mark.

The finale of Tubig at Langis routed the 12.3% rating of GMA-7’s Sa Piling Ni Nanay.

Halik is about the intertwined love stories of two couples. Lino (Jericho Rosales) and Jade (Yam Concepcion) struggle to make ends meet at the same time that Lino continues to provide for his mother and sister.

On the other hand, Jacky (Yen Santos) and Ace (Sam Milby) are a couple with means. But Ace is a serial womanizer and Jacky, the last person to know, is very much in love with him.

They both find out Jacky and Lino are formers sweethearts, and are now in business together as partners. It all gets more complicated from there.

Although Halik's pilot episode was a winner, it struggled to reach the 20% mark in the ratings game. 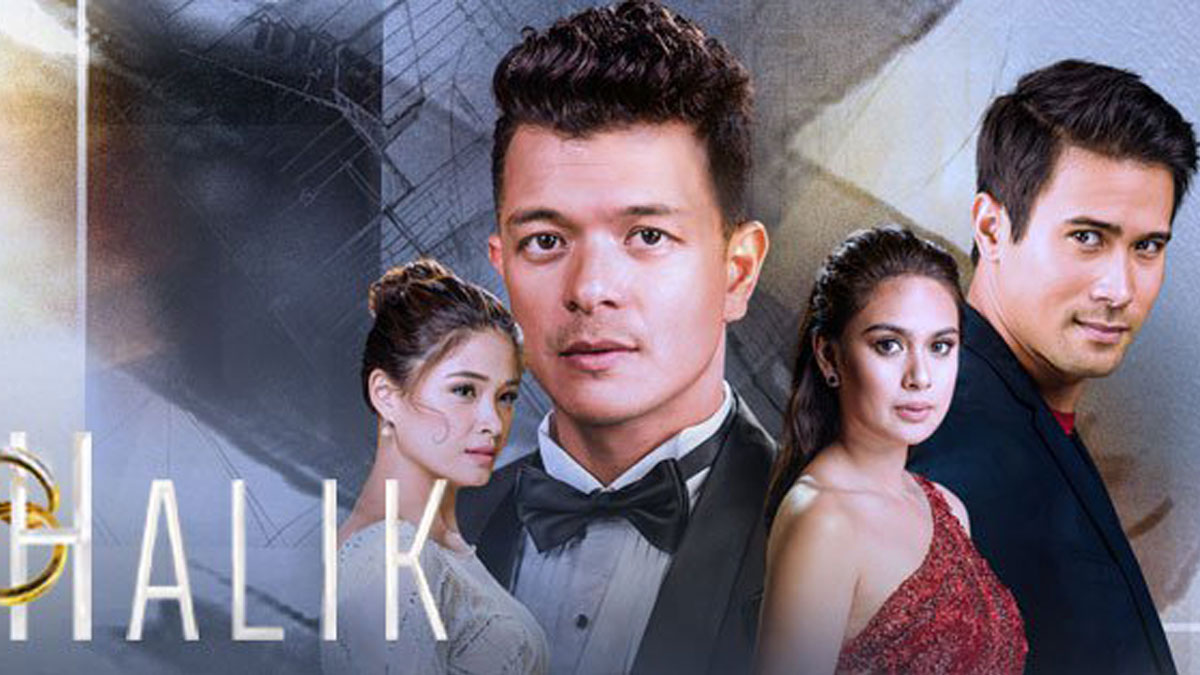