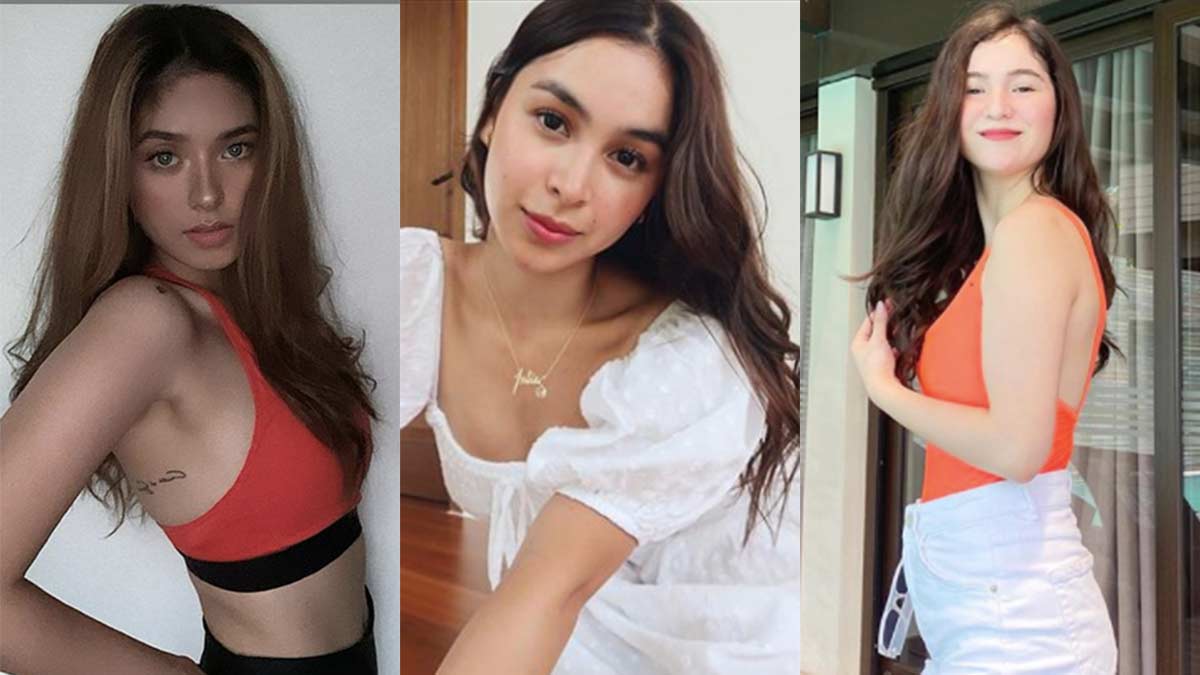 Loisa Andalio, Julia Barretto, and Barbie Imperial are set to join forces in a teleserye titled Cara Y Cruz, to be aired on the Kapamilya Channel.
PHOTO/S: @iamandalioloisa / @barrettojulia / @msbarbieimperial on Instagram

This was announced by ABS-CBN's narrative department, RSB Scripted, on June 12.

Tony will be paired with Julia, while real-life sweethearts Loisa and Ronnie are expected to be the love team in the series.

Discussions with the stars of Cara Y Cruz started as early as February 2020, before Metro Manila was placed under community quarantine to curb the spread of COVID-19.

Julia, Tony, Loisa, Ronnie, and Barbie had separate meetings with the creative and production staff of Cara Y Cruz.

Julia and Tony’s separate meetings happened in February 2020, while Ronnie, Loisa, and Barbie met with the staff of the show in March 2020.

Aside from the COVID-19 pandemic, the issue of ABS-CBN's franchise renewal also contributed to the show's delays.

At the time of RSB Scripted's announcement, ABS-CBN was in its first month of shutdown after its congressional franchise expired on May 4, 2020.

The Kapamilya Channel, a cable and satellite channel, has just begun its broadcast.

After Congress denied the network's renewal of broadcast franchise on July 10, 2020, the Kapamilya Channel now serves as the home of ABS-CBN programs on cable and satellite TV.

It seems that despite the challenges, Cara Y Cruz is finally getting the green light to air on the Kapamilya Channel.

In the online show We Rise Together in July 29, Julia revealed that they were about to start taping for the drama series in August 2020.

Cara Y Cruz is produced by RGE Drama Unit, a unit under the narrative department of Rizza Gonzales-Ebriega.

Ruel Santos Bayani is the head of ABS-CBN’s scripted format, the narrative department of the network.