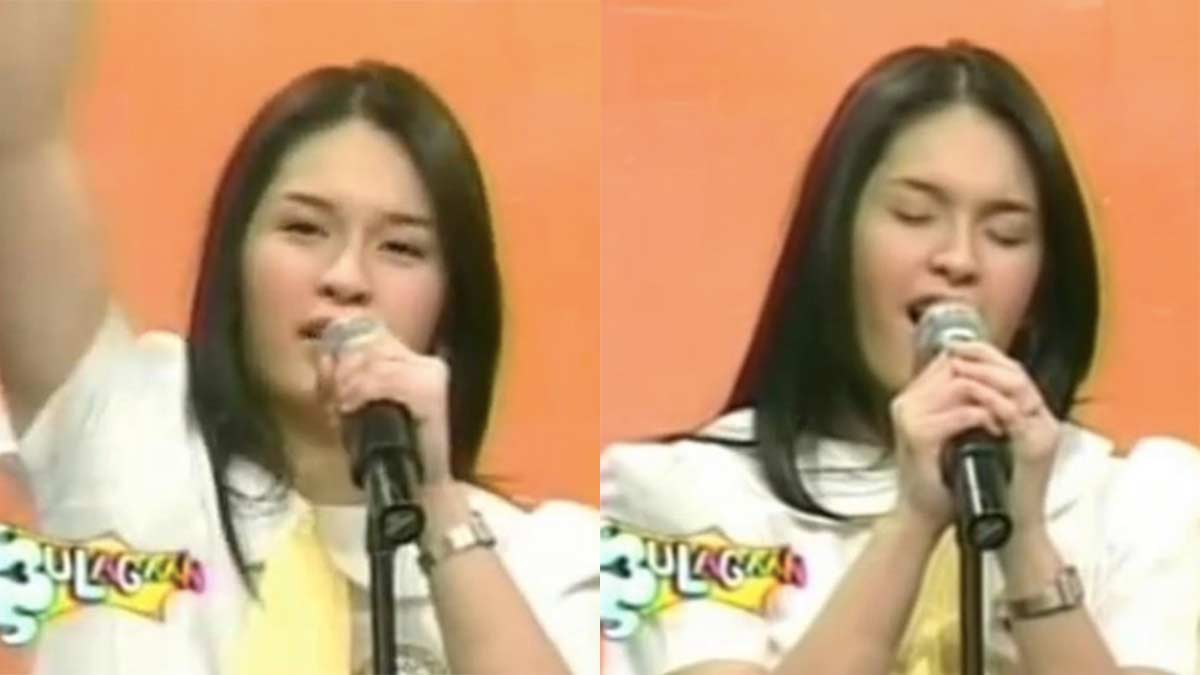 Pauleen Luna on her first day as Eat Bulaga! host: "I must admit that joining a group of very successful people at the age of 16 was very intimidating, but, the intimidation disappeared the moment i stepped in the studio."
PHOTO/S: @pauleenlunasotto on Instagram

Today, July 30, Pauleen Luna takes her Instagram followers on a trip down memory lane, as she recalls her first day in Eat Bulaga!.

Then 16 years old, she made her first appearance in the segment "Bulagaan," and, at the time, she had just left ABS-CBN.

She remembered being “nervous and excited” when she entered the Broadway Centrum, which used to be the show's studio.

Her post read (published as is), “My first day in Eat Bulaga. I remember how nervous and excited i was as i entered the studio and saw very familiar faces. I must admit that joining a group of very successful people at the age of 16 was very intimidating, but, the intimidation disappeared the moment i stepped in the studio."

She even recalled asking for a "take two," forgetting that the show was live!

“They were very welcoming, as a matter of fact, if you see this video on youtube, you would see how comfortable i was to ask for a take 2 in front of all the hosts and audience, totally forgetting that we were live!”

Pauleen also mentioned that she found her “real authentic self” because of Eat Bulaga!

She continued, “Here we are 15 going 16 years after. Oh boy how Eat Bulaga changed my life! I've learned a lot by just being in the background, knowing and meeting people from different walks of life.

“I would say I grew up, found my real authentic self in the show. Honed some talents because of their support. In this show, they give you the floor to reach your full potential, and i will forever be grateful for that.

“I've also met the most amazing people! From the people behind the camera to my amazing co hosts, i still can't believe i'm friends with you all.”

Lastly, Pauleen said that because of Eat Bulaga!, she met the “man that my heart loves,” her husband Vic Sotto.

“And most of all, I have found the man that my heart loves in this show. From that young teenager to the mom that I am today, Eat Bulaga was always there.

“I am only one of the millions that Eat Bulaga has helped. I may be in front of the camera but deep inside i am still that girl who will always be a fan of Eat Bulaga.

“Happy 41st Anniversary! You are a gift to all of us! I thank the Lord everyday for you! @eatbulaga1979”

PAULEEN: FROM KAPAMILYA TO KAPUSO AND DABARKADS

Pauleen started her career in ABS-CBN as a talent of Star Magic in the early 2000s.

In 2005, she was paired with Gian Carlos in the reality program Qpids, which was a search for ABS-CBN's next hottest love team.

Later that afternoon, S-Files announced that Pauleen would be joining Eat Bulaga! beginning the next day, July 18, 2005.

She also juggled her Eat Bulaga! hosting duties with more acting projects for GMA-7 teleserye, where she usually played a kontrabida role.

Pauleen continues to appear in Eat Bulaga! together with husband Vic. Their segments are taped in their own house to observe taping protocols and restrictions that were set because of the COVID-19 pandemic.

She has also started taping for Rise and Shine, an upcoming talk show with TV5. Her co-hosts will be Pokwang and Ria Atayde.