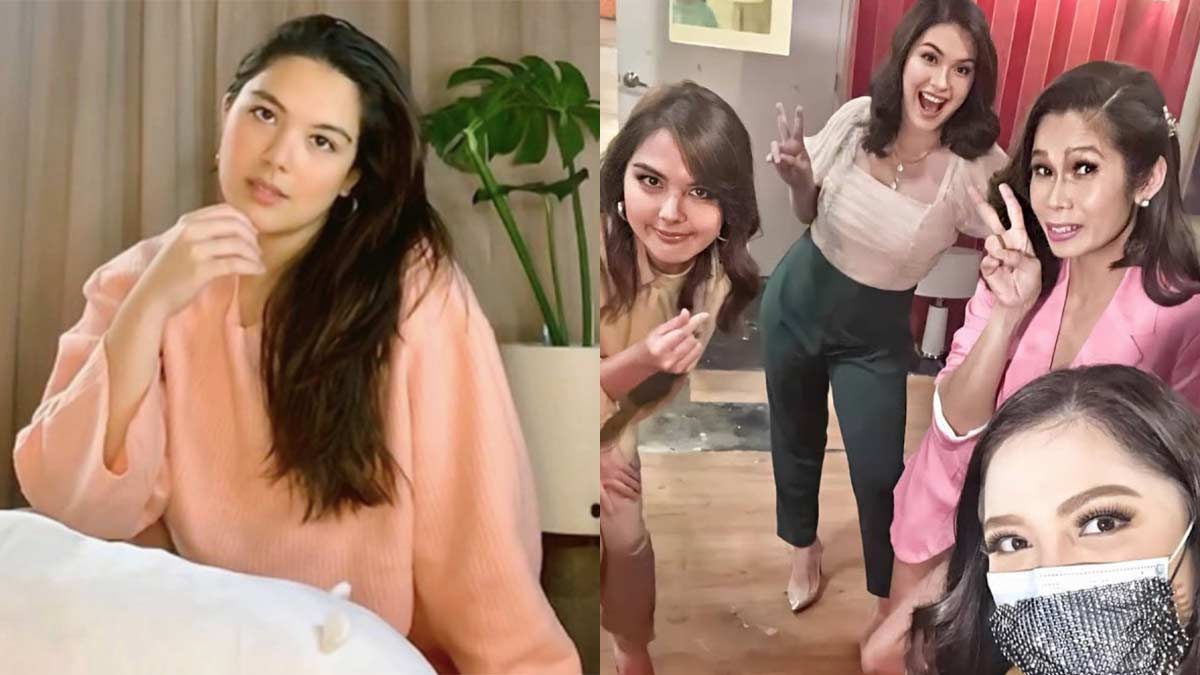 Ria Atayde (left), who will soon have a talk show with TV5, remains a talent of Star Magic. Photo on the right shows her with co-hosts Pauleen Luna and Pokwang, and TV5 reporter MJ Marfori
PHOTO/S: @ria on Instagram / MJ Marfori

Ria Atayde is staying with ABS-CBN’s talent-management arm, Star Magic, even when her new program, Rise and Shine, airs on TV5.

The daytime talk show, produced by APT Entertainment, is one of TV5's pilot programs as it resurrects its entertainment department.

A report by ABS-CBN News on July 23 announced that Ria’s Star Magic handler, Cris Navarro, negotiated the deal with APT.

According to Navarro, “Star Magic has worked with APT before. Less than two weeks ago, they asked us to recommend some names, and Ria was chosen.”

The report also said that APT considered making part of the program its own artist Kisses Delavin and Star Magic talent Janella Salvador.

Janella turned down the offer, according to Journal Online.

Ria started her showbiz career via the 2015 daytime series Ningning.

After Ningning, she was seen in various drama series, including My Dear Heart (2017), Halik (2018), and Parasite Island (2019), as well as in several episodes of Maalaala Mo Kaya, Ipaglaban Mo, and Wansapanataym.

Her last TV appearance was in an episode of Paano Kita Mapapasalamatan, currently airing on ABS-CBN's cable channel, Kapamilya Channel.

Weeks before the TV5 talk show's details were finalized, Ria, with brother Arjo Atayde, attended the noise barrage on July 14 after the ABS-CBN application for franchise renewal was killed by Congress.

Ria and Arjo are two of the children of actress Sylvia Sanchez and husband Art Atayde.