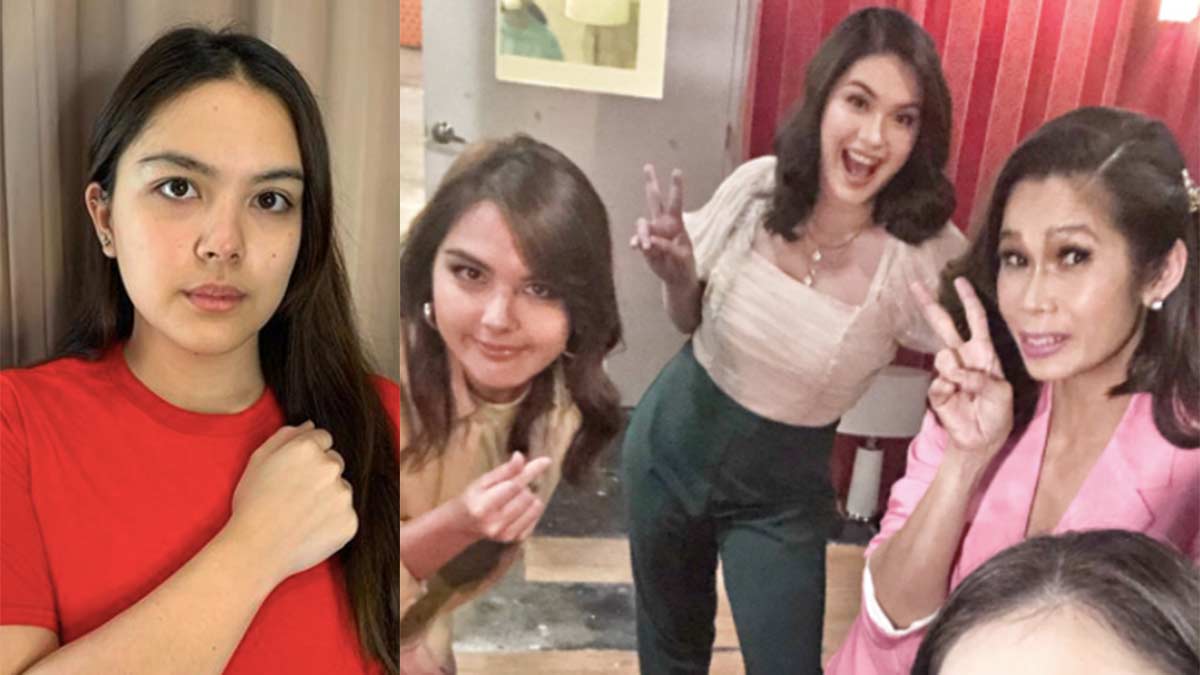 Ria Atayde on people questioning her loyalty to ABS-CBN: "What matters is that I involved my bosses in my decision and since it is okay with them, I feel as though that is all that matters."
PHOTO/S: @ria on Instagram / MJ Marfori

She may be appearing on TV5 soon, but Ria Atayde is still a Kapamilya.

Ria is one of the hosts of TV5’s upcoming daytime talk show, Rise and Shine. Her co-hosts are Pauleen Luna and Pokwang.

The talk show directed by Mike Tuviera is a production of APT Entertainment, which produces shows for TV5 and GMA-7.

However, Ria is still being managed by Star Magic, the talent management arm of ABS-CBN.

In an exchange of Instagram direct messages on August 5, 2020, Ria told PEP.ph (Philippine Entertainment Portal), “It’s going to take time to get used to not saying ‘Kapamilya’ on-air but working for TV5 does not mean I will no longer be a Kapamilya — once a Kapamilya, always a Kapamilya.”

RIA ON BEING A KAPAMILYA WORKING FOR THE KAPATID NETWORK

On July 10, 2020, the Congress denied the renewal of ABS-CBN's broadcast franchise. This put the upcoming ABS-CBN shows in limbo, including the job of 11,000 employees.

Even celebrities are facing unemployment, which is why Ria is grateful that Kapamilya bosses are allowing her to do a TV show with the Kapatid network.

In fact, it was Star Magic that recommended her to APT Entertainment when the production outfit was looking for hosts.

Ria said, “Our industry is so small and given the situation of my home network, it is inevitable for us actors to work with other production outfits.

“I am grateful I get to remain a Kapamilya and even more grateful that our bosses have allowed us to be embraced by the Kapatid network.

“It’s nice to have an additional family to belong to. I’m also thankful to the Kapatid network and Colours for giving me such a great opportunity.”

Colours is a sister channel of TV5 that will also show some of its lifestyle shows, including Chika, BESH! and Jessy Mendiola’s Fit for Life.

RIA ON PEOPLE QUESTIONING HER LOYALTY

However, her TV5 show has caused some netizens to question her loyalty to ABS-CBN.

After all, Ria started her showbiz career with ABS-CBN in 2015.

Ria, the daughter of actress Sylvia Sanchez and younger sister of actor Arjo Atayde, was introduced in the drama series Ningning.

This was followed by several more teleserye, like My Dear Heart (2017), Halik (2018), and Parasite Island (2019). She also appeared in episodes of Wansapanataym, Maalaala Mo Kaya, and Ipaglaban Mo.

Ria and Arjo also attended the noise barrage on July 14 after the ABS-CBN application for franchise renewal was killed by Congress.

Some Kapamilya viewers then started questioning her loyalty?

She said, “Being an artist entails that you will be under the public eye. We are public figures and we can’t please everyone so it’s unavoidable to have bashers or haters.

“I have had my fair share of bashers throughout the past few years and I think them bashing me now is nothing new for me.

“I understand that some people are bashing me now questioning my loyalty to ABS but for me, what matters is that I involved my bosses in my decision and since it is okay with them, I feel as though that is all that matters.

SURPRISED about DOing A TALK SHOW

Chika, BESH! is Ria’s first time to do a talk show. What was her reaction when the project was offered to her?

“I’m grateful I was given the chance to explore hosting even more.”

Ria is also looking forward to working with a different set of production people, especially her co-hosts Pokwang (also known as Mamang in the industry) and Pauleen Luna.

“As an actress, and through the different production teams of ABS, I’ve been trained to work with different sets of people every time.

“I look forward to learning from both Mamang and Ate Pauleen considering how they’re both family women already — learning from them would be good for me and my future.

“Apart from that, I look forward to all the bonding moments and chika we’re about to have together.

“I look forward to doing more great things with the APT and TV5 families… our show on its own is going to be exciting so I guess just everything about the show.”

While the hosts have yet to start the taping, Ria said they have already met during the pictorial for the TV show.