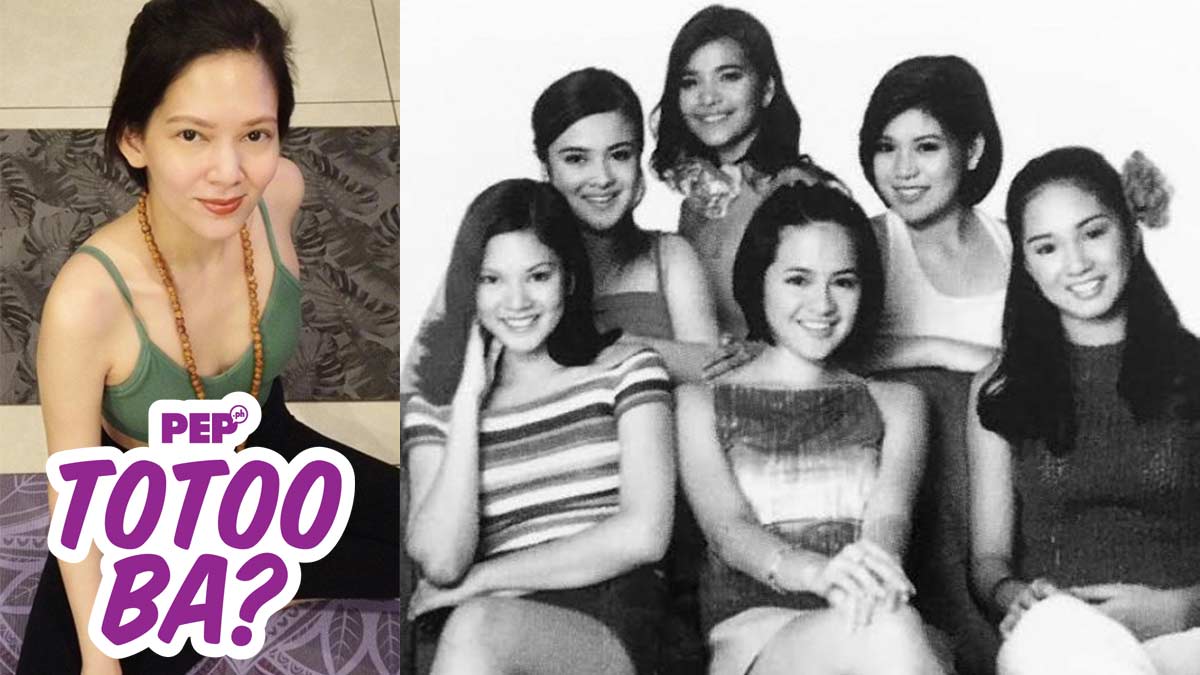 Chynna Ortaleza first ventured into showbiz when she became one of the kiddie reporters in the youth-oriented informative program, 5 and Up, in 1997.

When Chynna graduated from the show before the year 2000, she focused on doing TV commercials.

And then she got an offer from GMA-7 to be part of its youth-oriented show, Click.

She was offered the role of Mimi, a young and sweet lassie but also “maarte.”

Later in the story, she was paired with Richard Gutierrez, who played Enzo.

She became known as one of GMA-7’s most versatile actresses, playing various lead and character roles in teleseryes.

But all that almost did not happen.

Totoo ba: Chynna had misgiving about accepting the role of Mimi when it was offered to her?

She revealed this much during her taped PEP Exclusives interview on August 4, 2020.

Chynna said, “Honestly, I didn’t want to accept that role initially because I didn’t understand what it meant to be an actor noong panahon na iyon.”

Elaborating, she said she felt inadequate to play the character of Mimi, a rich kid who was sweet but a bit coquettish, which Chynna was not in real life, then as now.

However, the actress conceded she had half the mind to accept the role as she was actually dreaming of becoming a part of a youth-oriented program.

She admitted, "I’ve kind of manifested it because I've always been a fan of youth-oriented shows like TGIS.”

Click served as its replacement when VIVA and GMA-7’s co-production contract ended.

Chynna then told PEP.ph how she was finally convinced to play Mimi, “I remember si Tito Rams David and Jon Mendoza.

"Tito Rams was the executive producer of the program and Jon Mendoza was the second unit director.

“They went to my house to discuss iyong character because I just felt like, why me?

"And lo and behold, I got a call from Gigi Santiago-Lara who’s my manager now.

“She was, I think, production manager for Click and then she said, ‘We’re looking for a new actor to come in na parang ganito iyong role, would you like to try? It’s just a guesting.'

“Initially, I didn’t want to take the Mimi role because she’s probably the farthest from my personality.

“And iyon iyong sabi sa akin ni Tito Rams, ‘That’s why it’s called acting. So, baka you just like to try?’ So, I did.”

CHYNNA RECALLS RIOT MOMENTS ON THE SET OF CLICK

The show also introduced Chynna to other young people, like Tricia Roman and Maybelyn dela Cruz, who were already part of Click before she joined the show.

These ladies would become her life-long friends in show business.

"Actually, si Tricia Roman was one of the kindest ones to me kasi noong nag-start ako doon, siya iyong unang nag-welcome sa akin.

“Tungkol sa buhay buhay namin, our moms would be there to help us out.”

Chynna also revealed there were times when some of her co-stars would have petty arguments that would escalate into fights.

“Pero ngayon, tumanda na rin kami lahat. I’m sure, kapag naiisip namin iyon, sobrang nakakatawa kasi everyone was trying to fight for identity and a place in the industry.

Chynna remarked it makes her feel proud she was once in the show called Click.

And it makes her happy to know that some of her co-stars have become successful in the paths they chose to take.

Her batchmates Angel Locsin, Roxanne Barcelo, and Richard Gutierrez, have remained active in showbiz, but they're with the rival network ABS-CBN.

Others, like Tricia and Maybelyn, have left show business.

Chynna summarized, “All the co-stars that I had there, now as you can see, pretty awesome individuals kaya it’s an honor to be part of that show.

“It shaped me into the kind of actor that I am. I’m also proud of my co-actors.

“Pero kapag nakikita ko iyong life nila, they are all so fulfilled and happy and they are at peace. So, it’s awesome.”