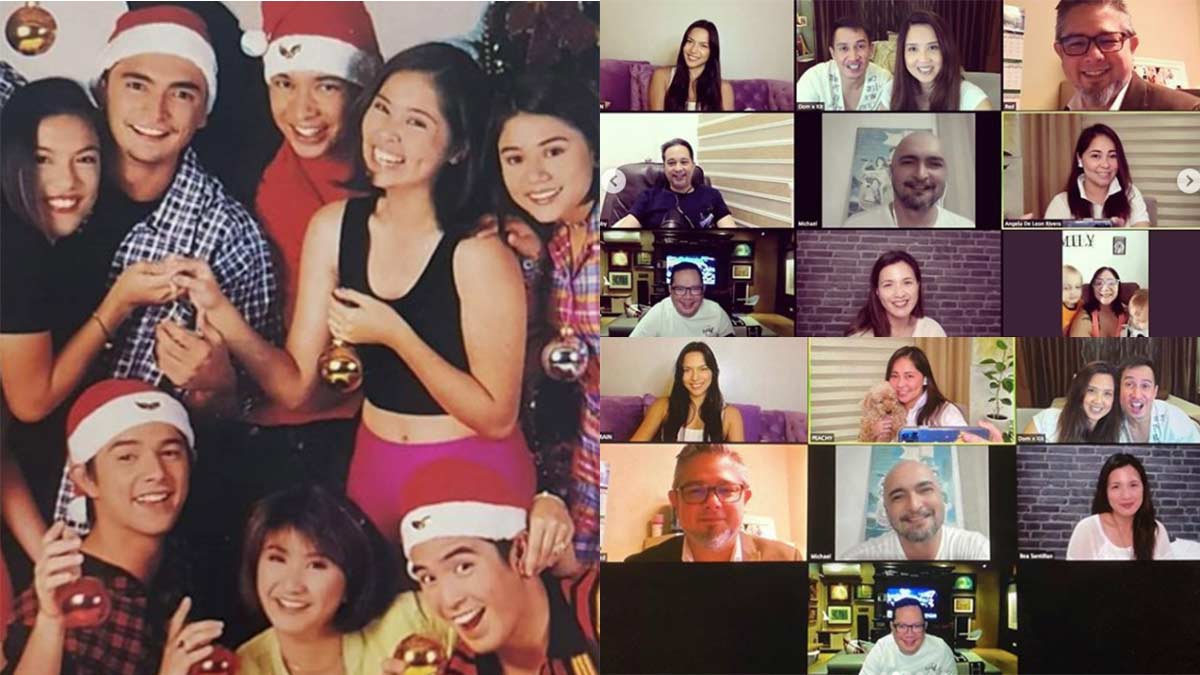 It was 25 years ago when TGIS premiered on television.

Replays of TGIS are currently airing on the Kapuso network’s digital channel, Heart of Asia.

TGIS was a youth-oriented drama series produced by VIVA Television and aired on GMA-7 from 1995 to 1999. It ran for three batches.

To celebrate the show's silver anniversary, some of the original cast members had a Zoom party reunion yesterday, August 13, the day the show aired its pilot episode in 1995.

There was also a video of the group poking fun at Michael, pretending they could not hear his audio!

“Happy Silver Anniversary guys! That was a fun zoom party.”

Michael also posted his barkada’s “trip” on Instagram, and said the group is cooking up something for their fans in line with the 25th anniversary.

Angelu thanked GMA-7 and VIVA for producing the show and for airing replays of TGIS again in the Kapuso network’s digital channel, Heart of Asia.

She also greeted her co-stars a happy anniversary.

Angelu continued, “I thank God for all of you. Group hug, guys!!! We will celebrate with you guys, soon! #TGIS #TGIS25 #thankGoditsSabado #25years #anniversary”

Michael also thanked GMA Heart of Asia as well as the fans who supported the show.

In Ciara’s caption, she used the lyrics of TGIS’ theme songs: “Growing Up,” “Walking on Sunshine,” “Friends,” and “Dyslexic Heart.”

She wrote, “Happy 25th Anniversary T.G.i.S.!!! Here’s to the old times and the best of new ones. I’m always walking on sunshine when we’re together.

"I won’t think it over again, I’ll take you to the top. I try and comprehend you but I’ve got a dyslexic heart! I love you guys so much! I miss you!”

The members of the first batch ended their stint in June 1997, when VIVA decided to move their characters to a prime-time show called Growing Up.

It was a perfect transition since their characters by then were already in college.

In 1998, Growing Up faced a big challenge when two of its main actors, Raven Villanueva and Angelu de Leon, had to leave the show because of pregnancy.

Growing Up remained on air until February 1999, while TGIS ended in November 1999.

The last time the TGIS cast had a reunion for a TV show was in May 2020, through an online segment for All-Out Sundays.