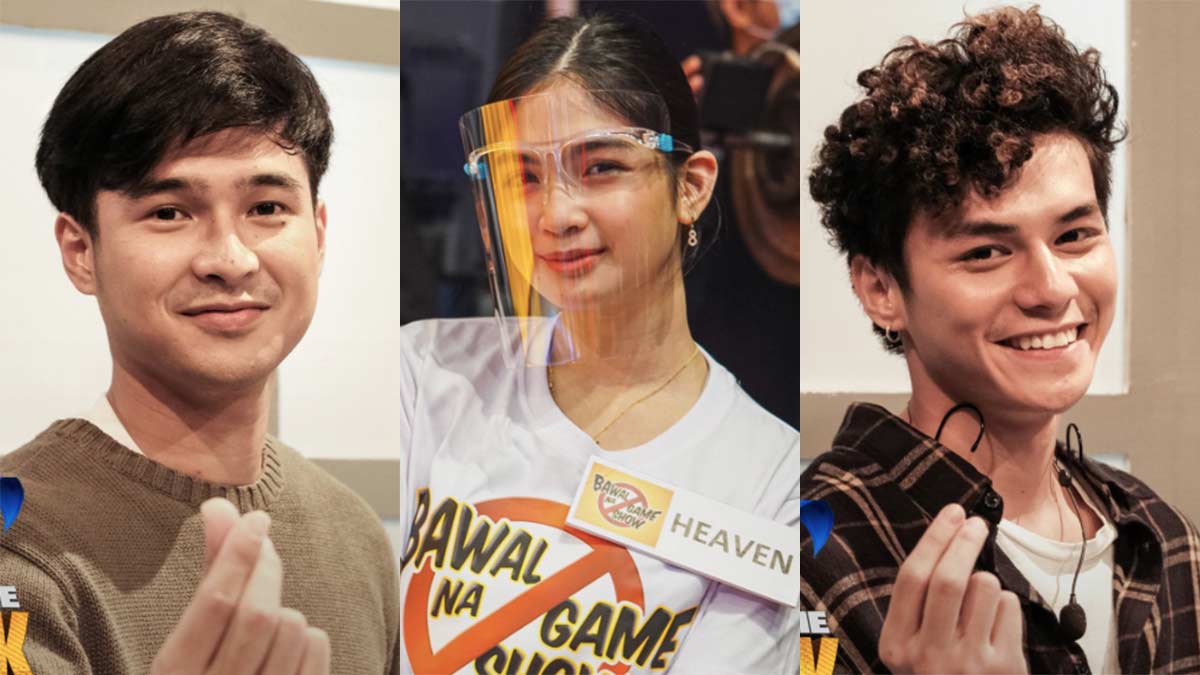 These two new programs are Fill In The Bank and Bawal Na Game Show.

Mike is the director-producer son of Tony Tuviera, aka Mr. T, producer of Eat Bulaga.

Fill In The Bank is hosted by Eat Bulaga! host Jose Manalo and ABS-CBN actress-comedienne Pokwang.

Both shows, according to their official Twitter accounts, will feature artists from Star Magic, the talent-management arm of ABS-CBN.

FILL IN THE BANK GUESTS

Fill In The Bank, which premieres at 6:00 p.m., will have ABS-CBN actors Jerome Ponce and Ronnie Alonte as guests.

The guest appearance of Jerome and Ronnie was taped on August 14.

Both actors have ongoing projects with ABS-CBN.

Jerome still appears in the prime-time series A Soldier’s Heart, which airs on the Kapamilya Channel.

Ronnie is part of the upcoming Kapamilya teleserye Cara Y Cruz, where he will be paired with girlfriend Loisa Andalio.

The series will push through. This was confirmed by Ronnie and Loisa’s co-star, Julia Barretto.

Ronnie is also part of It’s Showtime as a member of Hashtags, which has not been appearing of late due to limitations of social distancing on the set.

Three of them are from Star Magic: Heaven Peralejo, Kira Balinger, and Maika Rivera.

The other guest is Empress Schuck, who is managed by Becky Aguila Artists and is not signed up with any TV network.

Just like Ronnie, Heaven is going to be part of Cara Y Cruz.

Kira was part of the prime-time series Pamilya Ko, which stopped airing in March 2020.

The series ended with an unfinished storyline, after ABS-CBN removed it from the Kapamilya programs that will resume airing on the Kapamilya Channel.

Maika’s last project was the afternoon series Sandugo, which ended in March 2020, and was top-billed by Aljur Abrenica and Ejay Falcon.

Meanwhile, some Kapamilya talents are set to be regular mainstays of Kapatid shows.

Pokwang is one of the hosts of Fill In The Bank and Chika BESH!, another talk show produced by Mike Tuviera's Archangel Media.

Jessy Mendiola, who was last seen in Sandugo, will host TV5’s morning program Fit For Life.

TV5 Chairman Manny V. Pangilinan admitted in a recent interview that TV5 has been having ongoing negotiations with artists and employees of ABS-CBN.

On May 5, 2020, ABS-CBN stopped broadcast after the National Telecommunications Commission issued a cease and desist order following the expiration of the network's congressional franchise.

On July 10, 2020, Congress denied the renewal of ABS-CBN's broadcast franchise.