The Voice Teens Season 2 declares four grand champions; each gets half a million pesos and a house and lot! 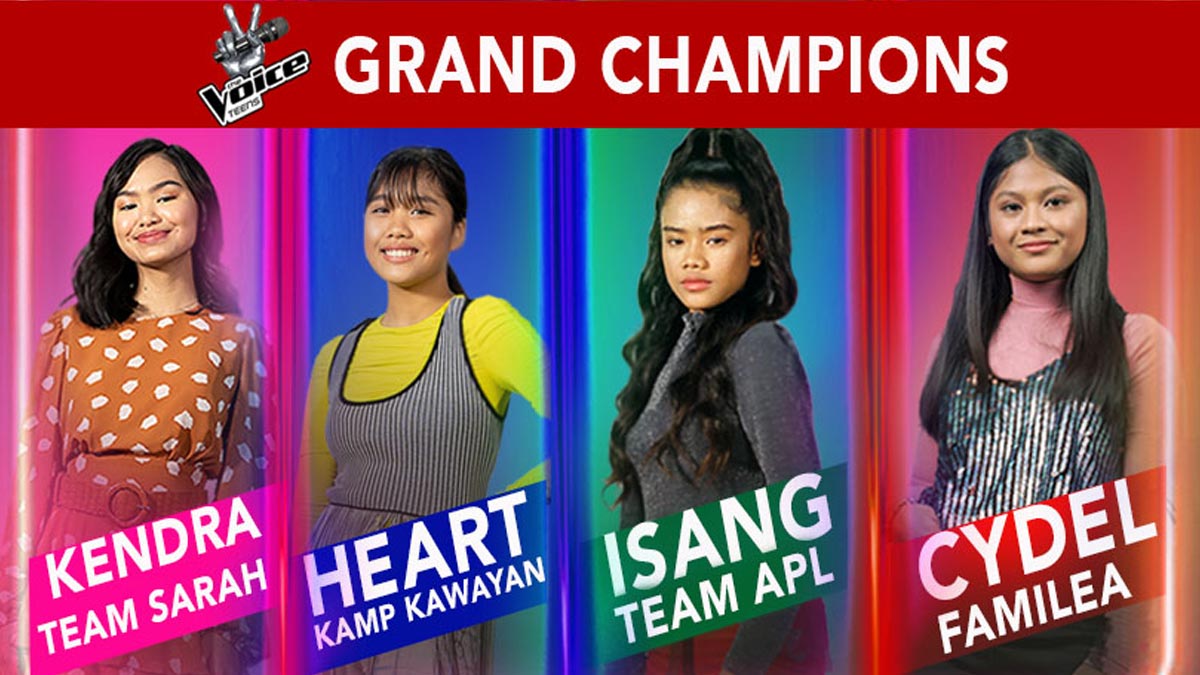 The Voice Teens Season 2 announced its winners in a two-part prerecorded finale aired this weekend, August 15 and 16. This time, there was not just one champion, but four!
PHOTO/S: The Voice Philippines on Facebook

This was announced during the show's two-part pre-recorded finale aired this weekend, August 15 and 16, on The Voice Philippines' Facebook and YouTube channels.

During the contest's final round, each of the four teams was tasked to perform one song with their coach.

Apl.de.ap and his mentees Calvin Candelaria, Yang-Yang Aloya, and Isang Manlapaz did a version of KZ Tandingan's "Labo."

Unlike the show's previous seasons, this year's judging system is solely based on the coaches' scores—without the text votes—because episodes are prerecorded.

Fifty percent of the team's score came from their own coach, while the other 50 came from the average scores of the three other coaches.

The total score was then divided among its three members.

The contestant with the highest total score in the team was declared winner.

Cydel of Team FamiLea won with a total average score of 48.33 points.

Completing the quadro is Kendra of Team Sarah, who earned 44.17 points. 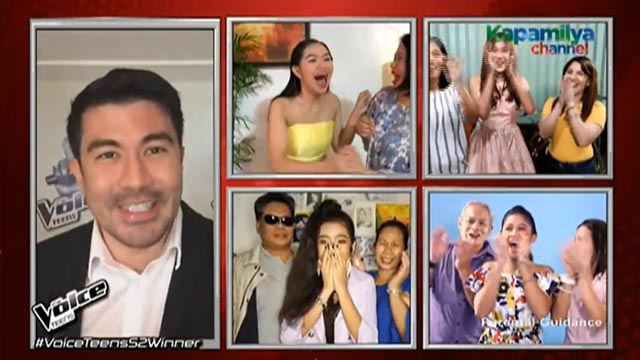 Each champion of The Voice Teens Season 2 was awarded PHP500,000 in cash, plus a brand new house-and-lot courtesy of Vista Land's Lessandra.