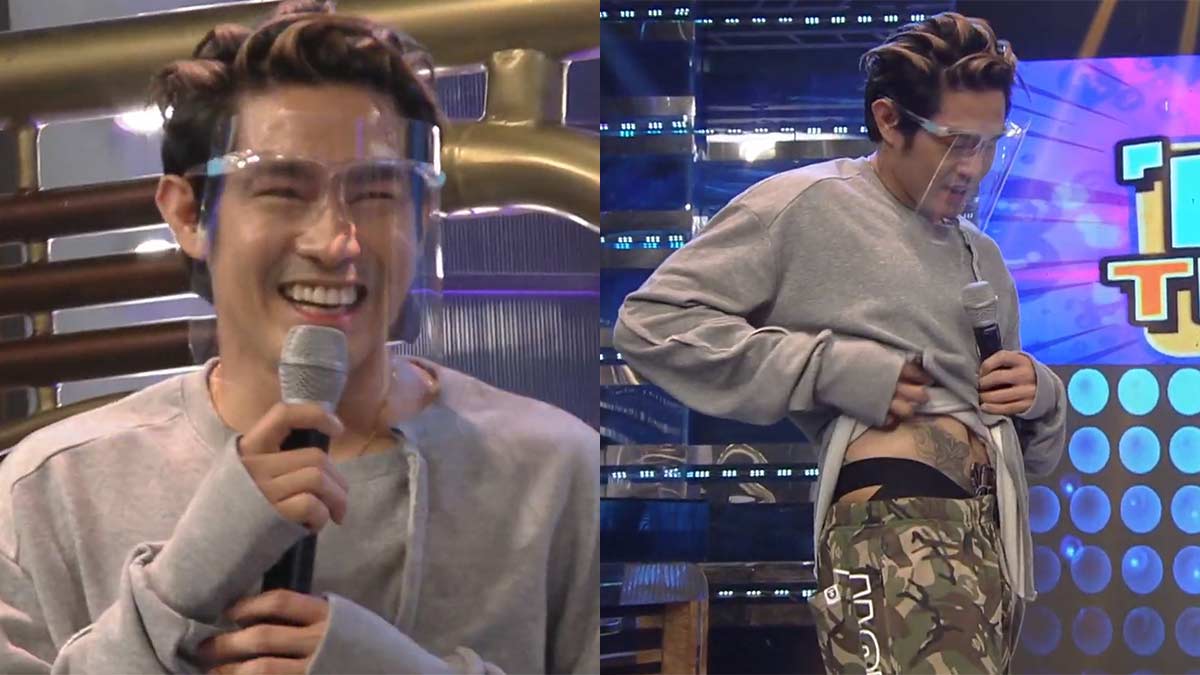 Ion Perez elicits laughter from It's Showtime viewers when he shows his ripped underwear on national television!
PHOTO/S: It's Showtime (ABS-CBN)

A part of the "Mas Testing" segment had Vice Ganda asking co-host and game player Vhong Navarro to answer a question by choosing between Ion Perez and Ryan Bang.

Vhong chose Ryan, and to see if his answer was correct, Ryan and Ion had to give the viewers a peep at their underwear.

Ryan went first and showed a part of his old rose-colored briefs.

“Bacon” is the term for overused underwear with a garter that has loosened and appears like a bacon strip.

Ion then showed a bit of his black underwear with a tear that was huge.

Vice turned to Vhong and said Vhong lost the round because Ion's underwear had the darker shade.

Viewers of It’s Showtime posted their real-time reactions on Twitter.

Most of them found the incident hilarious and lauded Ion for being such a good sport.