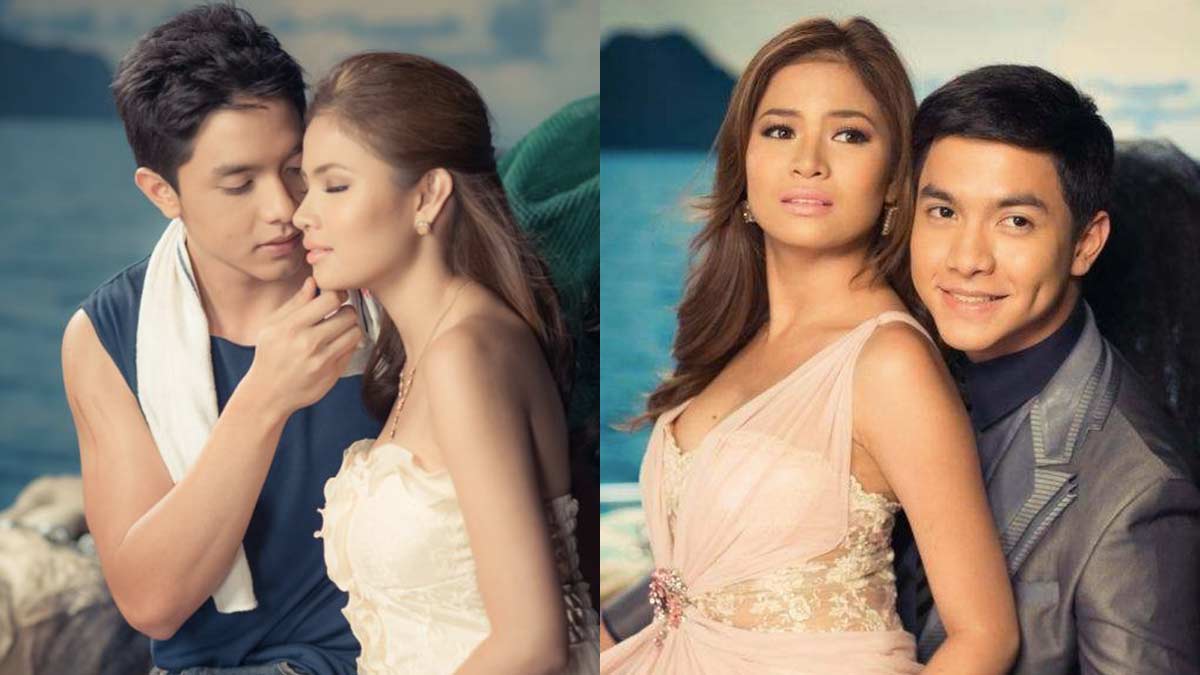 One True Love has been enjoying a rerun on GMA-7's Afternoon Prime slot since August 10, 2020.

The first prime-time series of Alden Richards and Louise delos Reyes is temporarily filling in the time slot of Bilangin Ang Bituin Sa Langit, which is still on a taping break because of the COVID-19 pandemic.

In the show, Alden and Louise played star-crossed lovers Tisoy and Elize, respectively.

Ahead of the series' premiere on June 11, 2012, Alden hoped that One True Love would rate well.

His wish was granted.

This allowed GMA-7 to extend the show’s original 10-week run to 15 weeks.

Later, the series was given a two-week extension, bringing its total run to 17 weeks.

THE RECORD-BREAKIN RATINGS OF ONE TRUE LOVE

According to AGB Nielsen, Alden and Louise’s series dominated its time slot in Mega Manila.

GMA-7's announcement at the time read:

"In viewer-rich Mega Manila, which comprises 59.5 percent of national urban TV households, it edged out competition with 40.2 share points against competition’s 23.4 points.

The ratings prompted GMA-7 to announce a five-week extension for One True Love, which had been consistently registering high ratings since its pilot episode.

But it was not until August 30, 2012, which was already part of the show’s extended run, when One True Love emerged as the number one program in the prime-time block.

One True Love even managed to beat GMA-7’s prime-time newscast, 24 Oras, which usually got the top spot in the ten most-watched programs of the day.

In the succeeding episodes, One True Love placed either second or third, behind 24 Oras, GMA-7’s Luna Blanca, and ABS-CBN’s top-rating series, Walang Hanggan.

This trend continued until its final episode on October 5, 2012 when it registered a Mega Manila rating of 28.2%.

On October 22, 2012, GMA-7 aired replays of One True Love in its morning slot when it did a revamp to counter the success of ABS-CBN’s back-to-back shows: the K-Drama Two Wives and the daytime series Be Careful With My Heart.

Unfortunately, it was not as successfull as its first run that GMA-7 later moved its time slot to 12 midnight.

LOUISE AND ALDEN AFTER ONE TRUE LOVE

After One True Love, Louise and Alden were paired again in a more serious drama series titled Mundo Mo’y Akin, which also had a successful run in 2013.

In 2015, Alden found a new love-team partner in Maine Mendoza a.k.a Yaya Dub in the Eat Bulaga! segment “Kalyeserye.”

Their phenomenal tandem was called Aldub, which starred in the 2016 movie Imagine You and Me and 2017 teleserye titled Destined To Be Yours.

In 2018, Alden starred in his own action-fantasy series, Victor Magtanggol, and the 2019 inspirational series The Gift.

To this day, he continues to host Eat Bulaga! with Maine.

Louise, on the other hand, played a supporting role in the 2015 series My Faithful Husband. A year later, Louise starred in the series Magkaibang Mundo with Juancho Trivino.

From GMA Artist Center, she moved to VIVA Artists Agency, which transferred her to ABS-CBN in 2017.

Her stint in the Kapamilya Network started with a role in FPJ’s Ang Probinsyano.

She was also part of the afternoon series Asintado.

Recently, in June 2020, Louise appeared again on GMA-7 when she had a guest appearance in Eat Bulaga’s “Bawal Judgmental” segment.