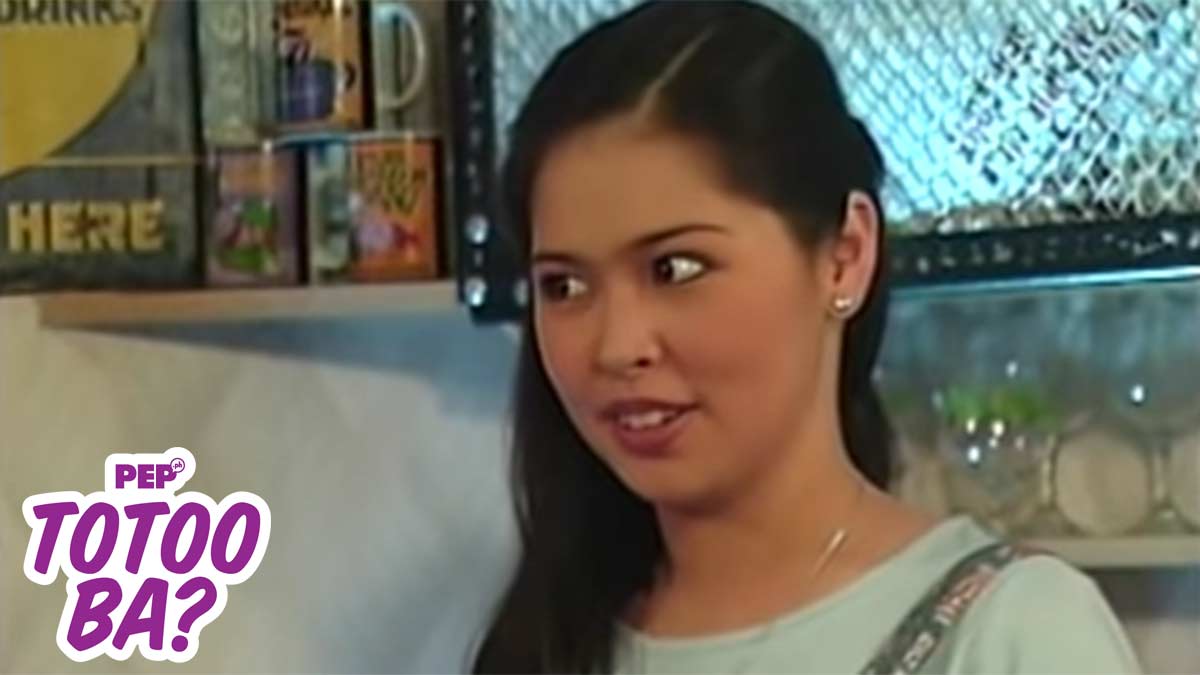 Did you know that Angelu de Leon received the highest talent fee among her T.G.I.S. co-stars during the run of the show? Director Dominic Zapata reveals that Angelu received PHP3,500 per taping day while her other co-stars had PHP1,200 as talent fee.
PHOTO/S: TGIS (GMA-7)

Angelu de Leon was the most experienced cast member of T.G.I.S.

She started her career in ABS-CBN’s Ang TV in 1992 as a Star Magic talent (then called the ABS-CBN Talent Center).

Later, in 1994, Angelu transferred to VIVA Artists Agency and did the movies Kadenang Bulaklak and Forever.

The following year, Angelu was chosen to headline T.G.I.S., along with teen newbies Bobby Andrews, Raven Villanueva, Michael Flores, and Red Sternberg. All four actors had to undergo go-sees and auditions.

Since Angelu, who played Peachy in the show, was the most popular among them, did that correspond to a higher talent fee?

The answer was revealed by director Dominic Zapata during the T.G.I.S cast and creators PEP Live guest appearance on August 27.

T.G.I.S. writer Kit Villanueva revealed that having Angelu as the show's "star" had an impact on which actors were to be cast for the rest of roles.

“Si Angelu iyong star namin talaga. She was our star. And then, ayon nga, we had to cull all these people (the other cast).”

How about the others?

According to director Mark Reyes, it was producer Veronique del Rosario-Corpus who wanted fresh faces to join Angelu in T.G.I.S.

Mark, Dominic, Kit, and the production team then looked to modeling agencies to scout new personalities they would build up in the show.

Hence, Bobby and Red, who had starred in a commercial for a food chain, were chosen.

In fact, Red revealed that he was actually supposed to play Wacks, while Bobby was tapped for the Kiko role.

But the creators decided to switch their roles.

Regarding Raven, Mark said she came at the “11th hour” of casting.

Kit remembers Raven looking very different from the peg they had for her character Cristina.

Guess who the peg was for the character of Cristina? Mikee Cojuangco.

T.G.I.S gave many newcomers their first taste of working on television. This was true for both the regular cast members and the show's guest stars.

Bernadette Allyson recalled her own guest appearance in T.G.I.S., an opportunity that was a dream come true for someone who was already a fan of the show.

She narrated, “Ako, I’m a fan from the start of T.G.I.S., so for me na nakahabol noong time na I got in the prom episode, sobrang happy ako. Iyong Saturday afternoon talaga was for T.G.I.S., sobrang pinapanood ko na sila noon.

“For me to be given a chance to work with them, ‘tapos sa prom episode pa, sobrang happy ko talaga. Parang wala namang workshop before so it was also my screen test on TV as a VIVA artist.”

She later joined the barkada in its spin-off show, Growing Up, as Bea Santillan.

Angelu pointed out that her co-stars did not have any workshop prior to the show even if they were all first-timers in the world of TV acting.