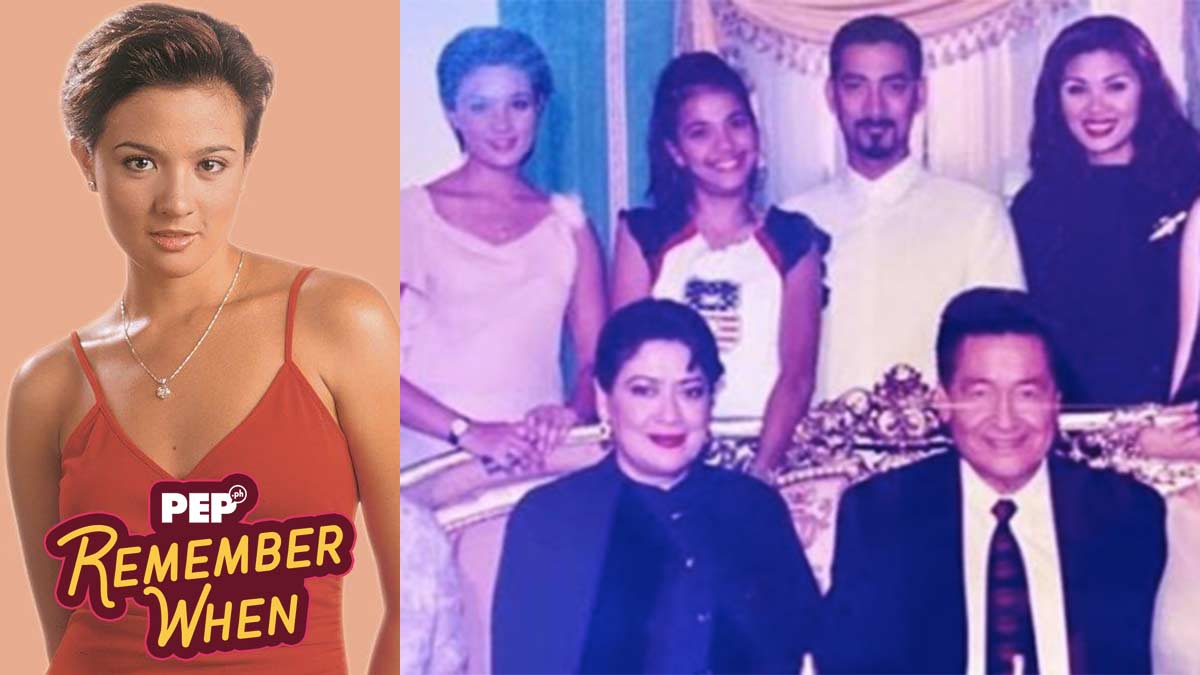 Remember when Sunshine Dizon starred in a political teleserye produced by GMA-7?

In 2002, she was tapped to portray the role of Rosa Camila Montemayor in the prime-time series Kung Mawawala Ka.

Dubbed as the most ambitious “teledrama” of GMA-7 at the time, it was the first regular teleserye of the late Eddie Garcia. The veteran actor played Leandro Montemayor, a town governor who eventually became the country’s President.

Sunshine’s character, Rosa Camila, was the youngest and favorite daughter of Leandro because her mother, Alicia (Hilda), was his true love.

However, Rosa Camila disappointed her father when she fell in love with Carlitos Valiente (Cogie), the son of Leandro’s political rival.

SUNSHINE DIZON TRENDS ON TWITTER; SHE ALSO WANTS A RERUN

“Sunshine Dizon” became a trending topic that day because during their Twitter party, fans petitioned for GMA-7 to "restore" and air a rerun of Kung Mawawala Ka.

But Sunshine was actually the first to suggest a rerun for the series.

She said this during her May 2020 interview on PEP Live, PEP.ph’s online talk show on Facebook and Kumu.

At the time, TV networks were just starting to air reruns of old shows as production for entertainment programs was put on hold to combat the spread of COVID-19.

In the same interview, Sunshine also recalled the popularity of Kung Mawawala Ka, which went head-to-head with another popular series from ABS-CBN, Pangako Sa ‘Yo.

THE REASON WHY SUNSHINE CAN’T DO KISSING SCENES

One of the tweets from fans had to do with Sunshine’s PEP Live episode in May 2020, where she revealed that an incident in Kung Mawawala Ka made her hesitant to do kissing scenes.

According to Sunshine, she had to do a kissing scene with Cogie, her love interest in the show.

She recalled, "There was a particular scene wherein Cogie was kissing Iza Calzado. Hindi naman torrid pero lips to lips.

"So, ipinakita iyong preview, ganoon daw, naghalikan si Cogie, si Calzado. 'Tapos after, I had to do it the exact way daw."

Sunshine was so nervous before they started taping the scene that she asked Cogie, “Baka puwede namang dayain na lang natin?”

The Kapuso actress continued, "Before we started, parang pinapawisan lang ako nang very, very light but during the scene itself?

Because director Joel Lamangan found the first take “stiff,” he wanted a retake, which, again, did not pass his standards.

After the third take, Sunshine and Cogie got the scene right.

But the tension did not leave the actress that she started hyperventilating.

"They had to rush me to the hospital kasi di na maganda iyong hinga ko 'tapos pa-blackout na ako.

"So, when we got to the E.R., ang sabi ng doctor, nag-hyperventilate daw ako siguro sa sobrang nerbiyos.

"'Tapos nanginginig ako, 'tapos they had to give me some medicine to calm me down.

Since then, Sunshine would not do torrid kissing scenes in her shows and movies.

Even before accepting a project, Sunshine would make sure that the producers are okay with her not having any kissing scenes.

Here are some tweets from the fans of Sunshine about Kung Mawawala Ka: