Descendants of the Sun to let go of crowd shots; how about kissing scenes? 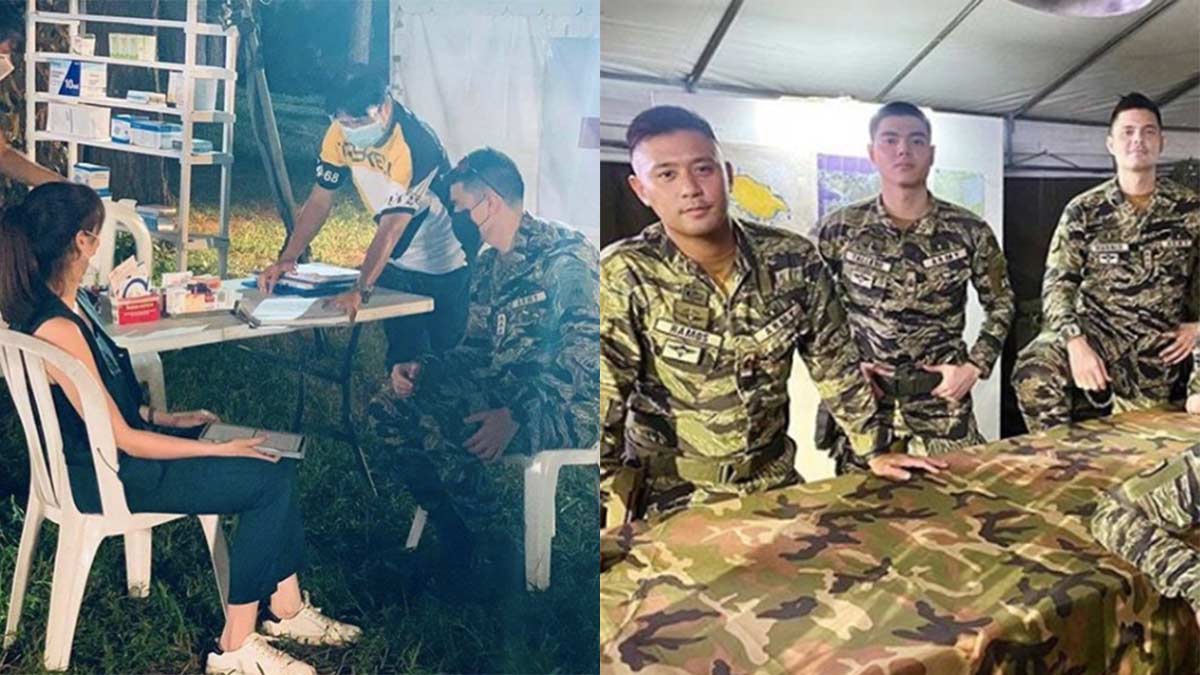 Jennylyn Mercado, Dingdong Dantes, Rocco Nacino, Paul Salas, and other cast members are currently locked in as taping for more episodes of Descendants of the Sun resumes.
PHOTO/S: @jennylynactivity / @nacinorocco on Instagram

GMA-7's Descendants of the Sun, an adaptation of the Korean drama series, is the first Kapuso teleserye to return to production after six months.

In March 2020, the Kapuso network halted production of its entertainment programs following quarantine protocols to help prevent the spread of COVID-19.

Descendants of the Sun started its run on February 10, 2020, but had to stop airing on its 28th episode, when all of Luzon was placed under enhanced community quarantine.

However, production had to follow the safety guidelines, which included lock-in taping or shooting from three weeks to two months, and limiting the number of cast and crew.

While some networks and production outfits started rolling their cameras, GMA-7 held back, except for a few fresh episodes of its weekly shows.

Eventually, GMA-7 resumed production of its anthologies, entertainment programs and, lastly, its teleseryes.

At press time, the cast of Descendants of the Sun led by Dingdong Dantes and Jennylyn Mercado have started its lock-in taping.

The series is an adaptation of the 2016 K-Drama series starring Song Hye Kyo and Song Joong Ki.

The Philippine adaptation is directed by Dominic Zapata.

A netizen also posted a photo of Jennylyn and Dingdong on the set.

As working conditions remain far from normal, adjustments have had to be made for the safety of everyone.

The creators of this adaptation of Descendants of the Sun narrated to PEP.ph (Philippine Entertainment Portal) the changes they've made on the show with the spectre of the pandemic surrounding them.

They enumerated the changes they've made, starting with the series' script.

TAPING OF DESCENDANTS OF THE SUN ADAPTS TO NEW NORMAL

Aloy explains why Descendants of the Sun was the first to be given the go signal to resume taping.

“So, medyo madali, all we needed was to finish all the scripts.

This means that once Descendants of the Sun returns on air, episodes canned before the pandemic will be aired before the episodes currently being taped.

With the remaining scripts to be taped, Kit says they had to revise according to guidelines proscribing certain moves for productions.

As Kit tells it, guidelines were given to them beforehand so that they could rework the scenes that were feasible only without the new safety guidelines.

Descendants of the Sun is about the love stories of two couples: Maxine (Jennylyn) and Lucas (Dingdong); and Moira (Jasmine Curtis Smith) and Diego (Rocco Nacino).

Kit and her team also had to review the scenes where touching may be expected.

She explains, “We had to rethink some of the more intimate scenes. I’m not talking about bed scenes pero, siyempre, kasi love story ito.

On top of making sure social distancing is followed in the scenes, Kit says the locations were considered as well.

“A lot of people really met, and really thought of how to make it safest talaga for production and for all the actors.

“Naisip na lang nila to put them in a bubble, in a way na nakahiwalay, so kaya iyong public places, we really avoided that na.

“Kung meron man, iyong mama-mount, or iyong it’s in a compound or in a community that we can close off from other people, na nobody can go in.

"Then we can use that to dress it up and then make it seem like a store, or a hospital room, or depende sa hinihingi.”

Another factor affecting the storytelling of Descendants of the Sun is the use of special effects.

Set in a war milieu, Descendants of the Sun requires blasting and bombing scenes.

In a normal production, another team handles these special effects.

“Hindi naman puwede yung mga crew namin. You have to have training.

“Iyong mga iyon, we had to do away with that. So, we had to go over the existing scripts and revise.”

Aloy acknowledges that doing Descendants of the Sun at this time has presented an “extra level of challenge.”

Compared, say, to other programs, such as the upcoming show I Can See You, which has a very limited cast.

I Can See You is a prime-time drama anthology that will feature different stories every week.

“Mga negotiations na puwede siya mapunta sa ibang platforms and all. So, we need to protect that also.”

When making changes, the creative team has to consider that Descendants of the Sun is an adaptation and that much of its original material has to be preserved.

Did GMA-7 have to ask permission for the changes they needed to make in view of safety protocols?

Aloy answers that, even from the start, the show's Korean producers allowed Pinoy creators to do minimal changes.

They also took into account the COVID-19 outbreak and ensuing safety protocols.

“Kasi doon sa Korean Descendants of the Sun, parang first-world country siya. Dito third world tayo. So, we needed to adapt it to our local situation.

“Ngayon na with COVID circumstances, we were given a blanket permission to adapt to our situation and, of course, the landscape of television here.

“They know naman siguro na we have to adjust and we were given naman permission to do so.”

WHAT VIEWERS CAN EXPECT from DESCENDANTS' COMEBACK

Kit and her team have made sure that despite the revisions and production limitations, they will still be able to capture the core of Descendants of the Sun’s story, which is about love.

“Siyempre, at its core, what is Descendants of the Sun? It’s about two people na in love, attracted to each other.

"How they will be able to get over these obstacles sa kanila and fall in love? Iyon naman, universal iyon.

"That’s what we tell our writers, let this be an inspiration and a challenge to us.

“Dapat pa rin—it’s something pa rin that your audience can still relate to at mami-mirror iyong pinagdadaanan nila ngayon.

Kit believes that the minimal changes in the story will still be “relatable and compelling” to their audience.

Currently, Descendants of the Sun will stick to its planned airing period of 12 to 16 weeks.

Although mounting the scenes in the war milieu is proving to be a challenge, with the series creators battling the pandemic like everyone else. 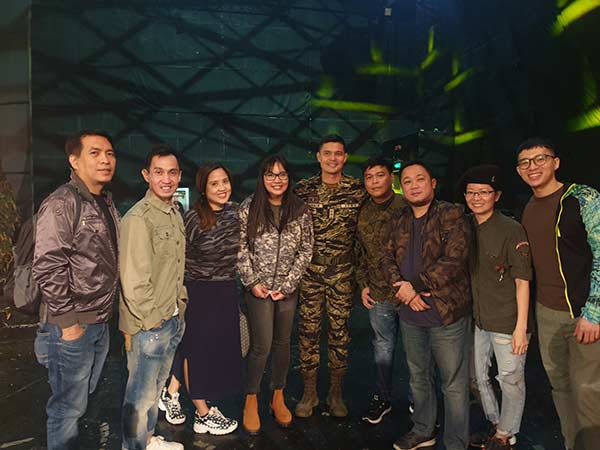 In the next part of this exclusive interview, Aloy and Kit discuss the scriptwriting process for GMA-7 programs while working around the safety guidelines and restrictions during the pandemic.