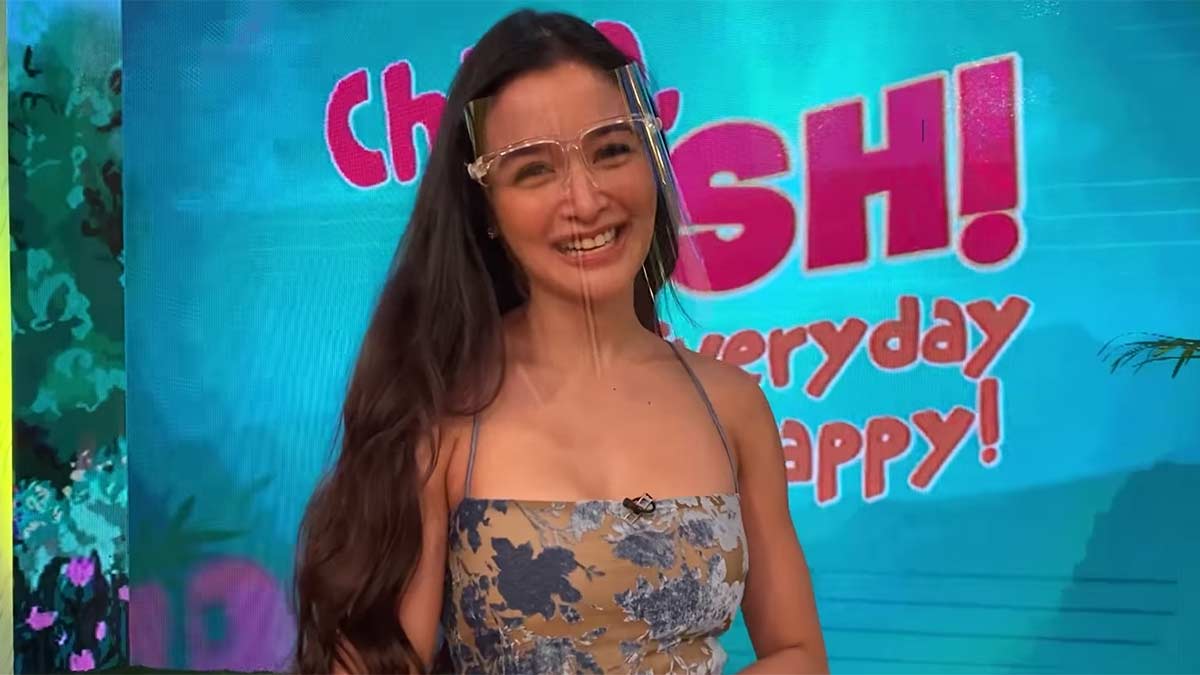 Kris Bernal is now a freelancer.

She revealed this in her recent YouTube vlog titled Back to work… in TV5 Network? | BTS and the TRUTH.

Kris showed what happened behind the scenes of her guest appearance in TV5’s talk show, Chika BESH, which is hosted by Pauleen Luna, Ria Atayde, and Pokwang.

Kris is the first Kapuso artist to appear in the program.

In the latter part of her video, Kris answered questions from her fans who were asking about her TV5 appearance.

For the first question, fans asked: how come she was allowed to guest on TV5?

Kris revealed, “Well, it’s because my contract with GMA expired during this pandemic.”

Even then, the StarStruck: The Next Level alumna clarified that she asked permission from her bosses before agreeing to guest on the TV5 talk show.

“Yes, of course, I did. Oo naman. I informed my bosses about this guesting and they were okay about it.

GMA-7 and GMA Artist Center have been Kris’s home since she started her career via StarStruck in 2006.

After 13 years with the Kapuso network, Kris said she is now a freelancer. This means her services are currently not exclusive to GMA-7.

Kris explained, “My first and only manager throughout my showbiz career for more than 13 years now was GMA Artist Center.

“So, during the contract, of course, exclusive ako to GMA.

“But then, it expired nga po, so of course, nawala na rin iyong exclusivity and effectivity ng contract.

“So, right now I can say that I’m a freelancer.”

At present, Kris is looking for a new manager to handle her career.

“So, right now I’m freelance and I have no manager yet. I’m looking for a manager. Charing!”

NO OFFER YET FROM GMA-7

Kris revealed that GMA-7 has not offered her a new project or a renewal of her contract.

However, she is still being tapped to do guest appearances in GMA-7 shows, like Wish Ko Lang! and Tadhana.

The 31-year-old actress-businesswoman elaborated, “In all honesty, no offer yet.

Kris also clarified that she never had a disagreement with GMA-7.

“Wala po, I have no disagreement or issue with my home network and I never had, feel ko naman, I think I have been really cooperative and really professional with all my dealings with them.”

For the last question, Kris was asked if is there a possibility that she would leave GMA-7 for another network.

“They were the one who gave me my biggest breaks, who honed me to become better in my profession, in my passion, and talagang ang laki po ng tiwala nila sa akin.

“And I’m just really praying to God where He will lead me. I trust His plans and I leave my options open.”

Kris, who was getting a bit emotional, became quiet for a few seconds.

She-zums is how Kris calls her viewers on YouTube.

Kris started her career in 2006 when she won the fourth season of StarStruck. She won the title Ultimate Love Team with Mart Escudero.

However, their team-up did not flourish as Kris was paired with her batch’s Ultimate Hunk, Aljur Abrenica.

In 2016, Kris was rumored to transfer to another network and management, but she remained with GMA-7.

She then top-billed the afternoon series Impostora, which had an original 13-week run but was extended to eight months after it registered high ratings in its timeslot. It was aired in 2017.