All the major stars of Gimik are now moms and dads 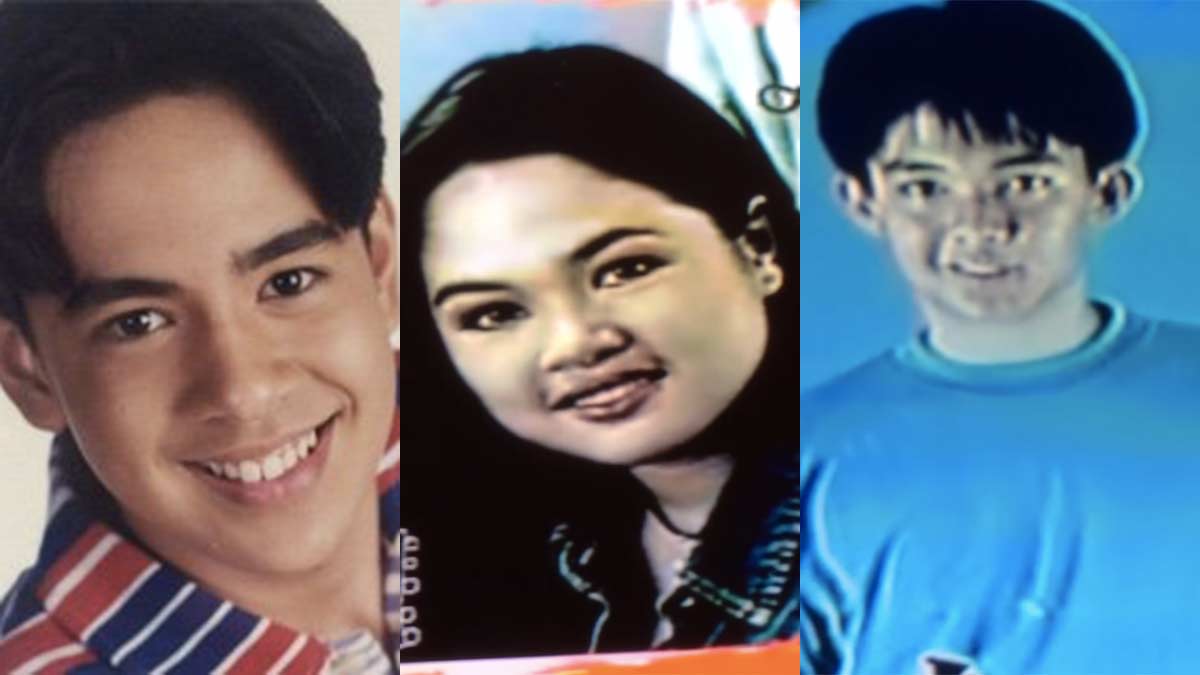 In 1996, ABS-CBN launched a bunch of teen actors through its youth-oriented series Gimik.

The show was a success, and its cast members made a name for themselves in showbiz.

Most of them remain active in the industry and have successful showbiz careers.

But there are also others who have decided to stay away from the limelight.

PEP.ph (Philippine Entertainment Portal) takes a look at the present life of some of Gimik’s main cast members, 24 years after the show's pilot episode.

She was in love with one of her kabarkadas, Ricky Salveron (Rico Yan).

Judy Ann and Rico’s love team earned its own fanbase, despite Judy Ann having another love-team partner, Wowie de Guzman.

In 1997, Judy Ann had to leave Gimik when she was tapped to play the lead role in the drama series Esperanza.

In Gimik’s storyline, Dianne became blind after a shootout, causing her father to bring her to the United States.

After her Gimik stint, Judy Ann focused on doing movies and teleseryes.

She also top-billed her own drama anthology in 1999 titled Judy Ann Drama Special.

In 2004, Judy Ann met Ryan Agoncillo, one of her leading men in the fantasy series Krystala. Their team-up blossomed into a real-life relationship.

In 2009, Judy Ann married Ryan in a church wedding ceremony in Batangas.

One of Judy Ann’s recent accolades was a Best Actress award from the 2019 Cairo International Festival for her movie Mindanao.

Her last teleserye was the ABS-CBN kiddie series Starla, which ran for 14 weeks. It was the first time Judy Ann played a kontrabida role.

She is also the host of the docu-drama show, Paano Kita Mapapasalamatan, which is airing on Kapamilya Channel. 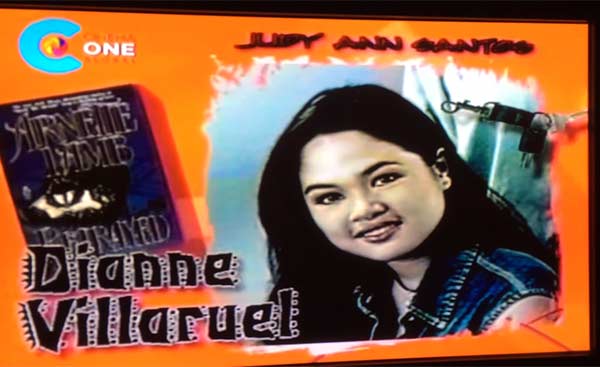 SC was in a relationship with Joey Fajardo (Marvin Agustin).

But aside from acting, Jolina also became a recording artist and a fashion icon in the 1990s.

To this day, Jolina is a contract star of the Kapamilya network.

She is a co-host in Magandang Buhay, a morning talk also featuring Karla Estrada and Melai Cantiveros. 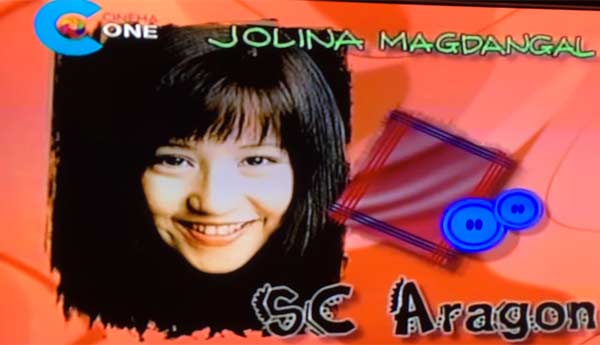 Mylene Dizon played the role of Melanie Suntay, a Nursing student who fell in love with Brian Lorenzo (Bojo Molina).

Melanie was the conservative girl among the group.

After Gimik, Mylene got into character roles.

Her breakthrough project was Sa Dulo ng Walang Hanggan, which was top-billed by Claudine Barretto.

Mylene then did projects in ABS-CBN and GMA-7 intermittently.

Regarding her personal life, Mylene was in a relationship with actor-model Paolo Paraiso. They have two kids, Tomas and Lucas.

Mylene has been in a relationship with basketball star Jason Webb since 2014. 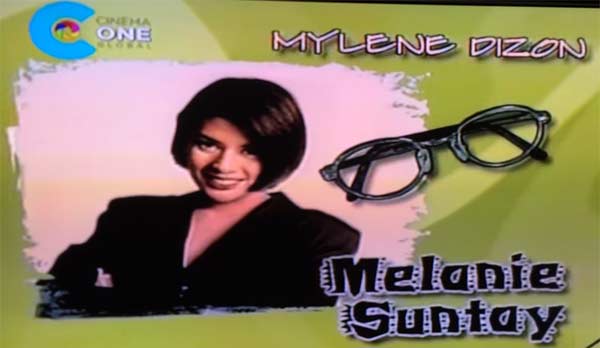 After Gimik, G transferred to GMA-7 and became a mainstay of its variety program, SOP.

Since then, she has been based in the United States.

In 2010, she returned to the Philippines to appear in Gimik 2010, a reunion mini-series of the show’s cast.

This was followed by a kontrabida role in ABS-CBN’s drama series, Aryana.

G's last project in the Philippines was the GMA-7 prime-time series Paraiso Ko’y Ikaw, which ran for nine weeks in 2014.

In the same year, G became the host and producer of the talk show Kababayan Today, which featured Pinoys in the United States.

Her last appearance for a local project was in the 2018 movie First Love, starring Aga Muhlach and Bea Alonzo. The film was shot in the United States.

At present, G is the director of programming for FilAm Arts, an organization in Los Angeles, California for the Filipino-American community which “believes in the power of the arts to overcome language barriers and build community through cultural diversity.” 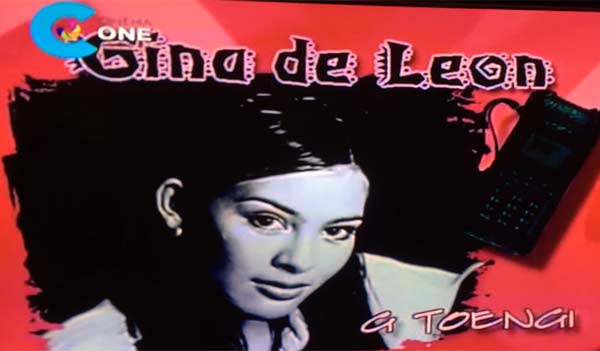 Diether Ocampo played the role of Gary Ballesteros, the best friend of Ricky (Rico Yan) and the boyfriend of Gina (G Toengi).

After Gimik, Diether focused on becoming a dramatic actor.

The project earned a fanbase for Diether and Kristine, who also got into a real-life relationship and were married in a civil ceremony in September 2004.

However, their marriage was decared null and void in 2009.

Diether continued appearing in teleseryes and movies in the succeeding years.

He stopped acting in 2013, after his teleserye, Apoy sa Dagat, wrapped up.

He was supposed to make a comeback in 2015 via the series Someone To Watch Over Me starring Judy Ann Santos. However, the project was shelved because of Judy Ann’s pregnancy.

His last movie was the 2019 sexy film Sunday Night Fever, which was shown on iWant.

He has 16-year-old son named Dream. 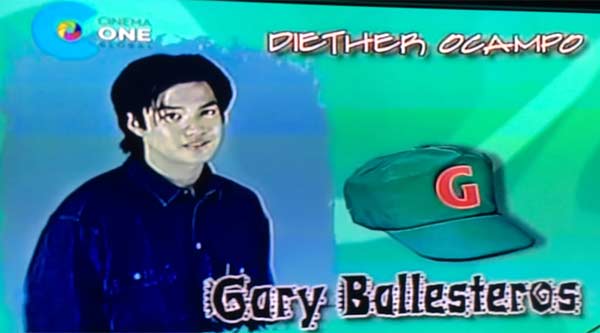 Marvin Agustin played the role of Joey Fajardo, the funny guy who was in love with SC (Jolina).

Marvin’s team-up with Jolina in Gimik was a success.

While Marvin was paired with Jolina in other projects, he also delved into drama via the mini series Sa Sandaling Kailangan Mo Ako in 1998, where he was paired with Kristine Hermosa.

In 2001, Marvin and Jolina parted ways as a love team.

For his solo career, Marvin focused on doing comedy via the noontime show Magandang Tanghali Bayan and the sitcom Whattamen.

In 2006, Marvin transferred to GMA-7, where his love team with Jolina was revived in several projects.

Marvin also tried his hand at playing kontrabida roles in TV shows like Asian Treasures and MariMar, among others.

Marvin transferred to TV5 in 2012, where he hosted talent and reality show Artista Academy.

After a two-year stint in the Kapatid network, Marvin returned to ABS-CBN in 2014. He was reunited with Jolina as they top-billed the afternoon soap opera Flordeliza.

A freelance actor, Marvin returned to GMA-7 in 2017 via the prime-time series Kambal, Karibal.

Marvin has twin sons, Santi and Seb. They are 15 years old.

A chef and entrepreneur, Marvin also owns a chain of restaurants including Sumo Sam and Wolfgang Steakhouse. 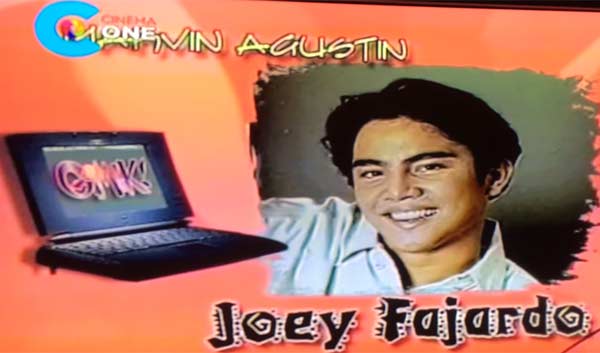 In Gimik, Bojo Molina played Brian Lorenzo, a med student who was the love interest of Melanie (Mylene Dizon).

After Gimik, Bojo transferred to VIVA Artists Agency and became part of the shows H2K: Hati-Hating Kapatid and May Bukas Pa, both aired on IBC-13 in 2000.

During this time, he fell in love with his Gimik and H2K co-star, Rica Peralejo.

But in 2001, he left for Guam, where he met his wife Jen, also the mom of his two kids Bryzen Oliver and Jaedyn Olivia.

In 2010, Bojo made a short comeback to do the five-episode reunion of Gimik cast in ABS-CBN’s Your Song presents.

In 2017, through an e-mail interview with PEP.ph, Bojo said that he works for a local media company in Guam.

In August 2018, Bojo visited the Philippines and reunited with some of his Star Circle (now Star Magic) batchmates Adrian Alandy, Diego Castro, and Don Laurel. 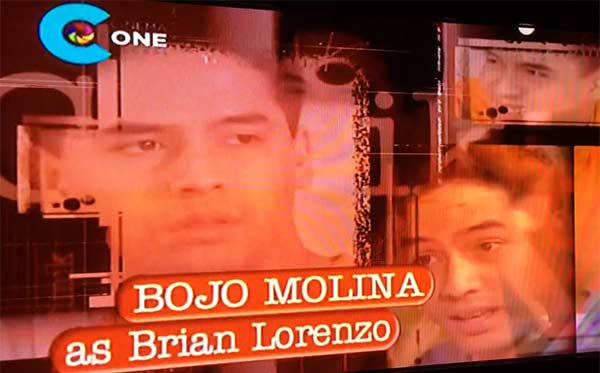 Kaye Abad played Kakai Marquez, one of the younger members of the barkada.

After Gimik, Kaye got her big break when she top-billed her own youth-oriented series, Tabing Ilog.

She then focused on becoming a dramatic actress, playing bida or kontrabida roles in teleseryes.

She is now married to Pinoy Big Brother housemate Paul Jake Castillo, who was her co-star in Alyna.

They are now based in Cebu.

In 2019, Kaye made a short acting comeback via the daytime series Nang Ngumiti Ang Langit. 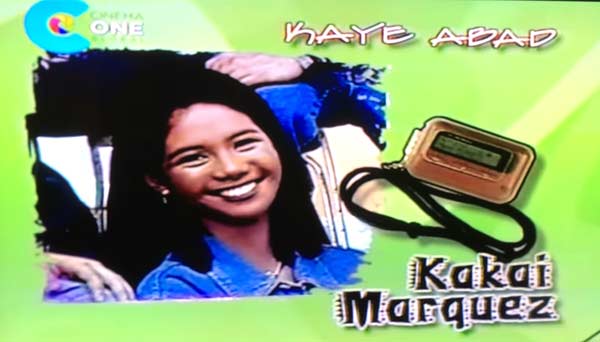 In 2006, Patrick transferred to GMA-7, where he met Jennylyn Mercado, the mom of his firstborn, Alex Jazz.

In 2015, Patrick married Nikka Martinez, with whom he has three daughters: Michelle Celeste “Chelsea,” Nicola Patrice, and Francisca Pia. 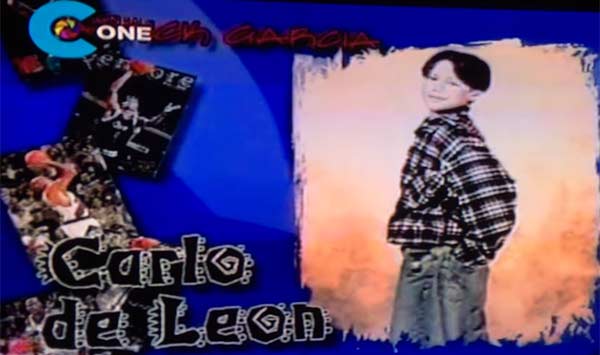 Kristopher Peralta played the character of Toffee Sanchez in Gimik.

He decided to lie low in show business in 2010.

According to a SunStar article in 2013, Kristopher has been based in Davao with his wife since 2012. 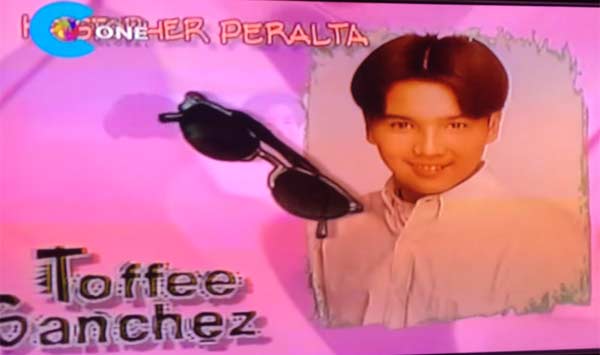 His team-up with Kaye Abad was a success that they bagged the lead roles in another youth-oriented series, Tabing Ilog.

In 2002, John Lloyd was supposed to transfer to GMA-7, but ABS-CBN gave him a lead role in the drama series Kay Tagal Kang Hinintay.

It was in that series where he met his perennial on-screen partner, Bea Alonzo.

John Lloyd and Bea were able to do several teleseryes and movies together, including Maging Sino Ka Man (2006) and One More Chance (2007).

When it comes to his personal life, John Lloyd had romantic relationships with Ciara Sotto, Liz Uy, Shaina Magdayao, and Angelica Panganiban. He was also linked to Ruffa Gutierrez.

In 2017, John Lloyd took an indefinite leave from show business after months of sightings with actress Ellen Adarna.

The two became parents to Elias Modesto in June 2018.

He had a cameo appearance in the Metro Manila Film Festival entry Culion in December 2019.

Based on the teaser released by ABS-CBN in January 2020, John Lloyd was also set to star alongside Shaina in Lav Diaz’s movie Servando Magdamag.

On February 14, 2020, the pair participated in the live script reading of That Thing Called Tadhana in an art fair.

This was followed by a project called “The Unconfined Cinema” where John Lloyd and Bea had an Instagram Live session.

According to a recent report by PEP.ph’s Cabinet Files, John Lloyd has been in talks with former congressman Albee Benitez, the owner of Brightlight Productions, for an acting comeback.

Brighlight, a blocktimer on TV5, will be producing shows starring ABS-CBN stars. 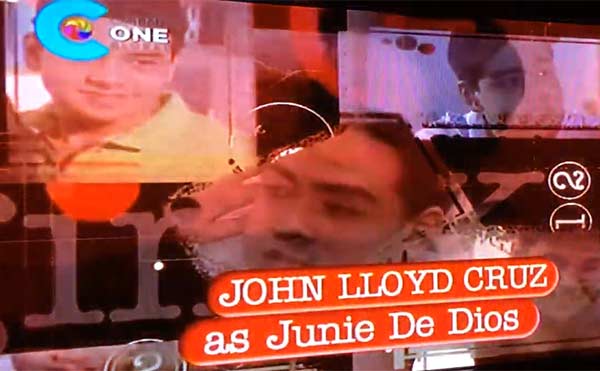 However, Diego did not stay long in Gimik because he decided to transfer to GMA-7 and VIVA’s Growing Up.

He was paired with Raven Villanueva, who became his wife in 1998 and the mom of his daughter Claire.

They separated after a year.

Diego took a break from showbiz, and returned in 2000 via the series Pangako Sa 'Yo of ABS-CBN, where he stayed untill 2007.

In 2012, Diego appeared in the GMA-7 series Kasalanan Bang Ibigin Ka?, and had two more Kapuso teleserye projects in 2014.

Diego later followed in the footsteps of his parents, June Keithley and Angelo Castro, Jr., who are both newscasters.

He is one of the hosts of UNTV’s morning show, Good Morning Kuya.

He is in a relationship with fellow UNTV anchor Angela Lagunzad.

On August 29, 2020, Diego collapsed in a restroom of a grocery. An unidentified man helped Diego and called Angela about what happened.

Two days after the incident, Diego posted on Facebook a thank-you message to the Good Samaritan who helped him. 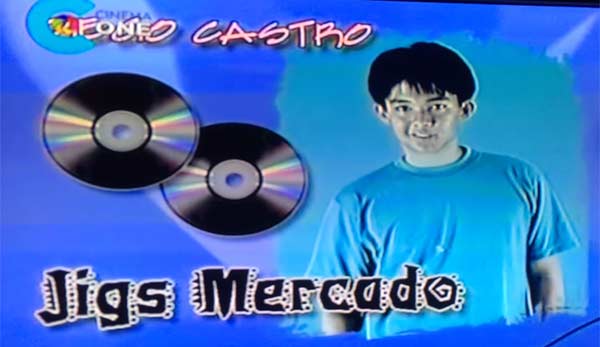