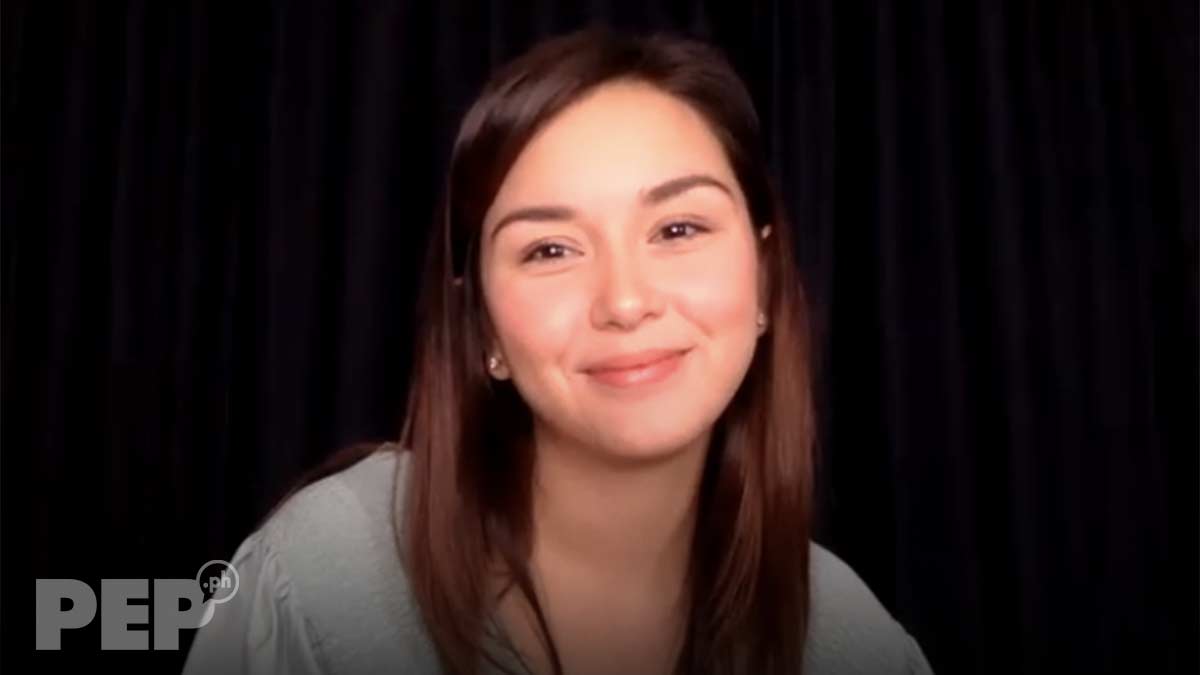 Beauty Gonzalez says her heart will always belong to ABS-CBN—even now that she stars in a new teleserye that will soon air on TV5.

Beauty is one of the headliners of I Got You, a drama series produced by Brightlight Productions, a blocktimer headed by former Negros Occidental congressman Albee Benitez.

She says, “My heart will always belong to Kapamilya, everybody knows about that.

“Nothing will ever change, I’m always gonna be a Kapamilya by spirit, by heart.”

In this PEP Exclusives interview with Beauty via Zoom on September 30, 2020, together with other I Got You stars, Jane Oineza and RK Bagatsing, she recalls asking the ABS-CBN bosses for permission before accepting the project.

“I asked them nicely about it and they were open about it. ‘Sige, diyan ka muna habang nagre-ready pa kami.’

“So, thank you and, you know, practical naman, kailangan natin mag-work ngayon.”

Beauty started her career in ABS-CBN in 2008 via the reality show Pinoy Big Brother: Teen Edition Plus.

She subsequently landed supporting roles in the series Alyna (2010) and Moon of Desire (2014).

In late 2014, Beauty was promoted to leading-lady roles when she was paired with Zanjoe Marudo in the prime-time series Dream Dad.

In 2015, she played a major character in the daytime series Ningning as the mother of Jana Agoncillo, the show's lead.

However, she had to leave the show when she got pregnant with her first baby, Olivia.

In 2017, Beauty made her TV comeback, top-billing the afternoon series Pusong Ligaw, which ran from April 2017 to January 2018.

In June 2018, there were talks about Beauty transferring to GMA-7 when she and her manager, Arnold Vegafria, were spotted having a meeting with some Kapuso executives.

Beauty also had a guest appearance in the Kapuso game show Celebrity Bluff at the time.

Whatever happened, Beauty was seen again on ABS-CBN via a guest appearance in Maalaala Mo Kaya in August 2018.

She later signed an exclusive contract with ABS-CBN, her “first-ever contract” finally after a decade, from 2008 to 2018, with the network.

Her last project with ABS-CBN was the afternoon series Kadenang Ginto with Dimples Romana, Francine Diaz, and Andrea Brillantes.

The show turned out to be a success in the ratings game, which prolonged its run to one year and four months, from October 2018 to February 2020.

NEW SERIES WITH TV5 AND BRIGHTLIGHT

This October 2020, Beauty will take on a new role as Del in the weekly light-drama series I Got You.

She will figure in a love triangle with RK Bagatsing and Jane Oineza.

She tells the bare bones of the story, “Ako si Del, isa akong psychiatrist and then I met Louie [RK], galing siya sa isang giyera and meron siyang post-traumatic syndrome and I’m helping him cope up with it.

Although Beauty is excited to be taping for a show again, and despite all the safety precautions at work, she can't help worrying because the virus is still in the air.

In the meantime, some of Brightlight's shows under blocktime agreement with TV5 include a Sunday noontime variety show with Piolo Pascual and a magazine program hosted by Korina Sanchez.