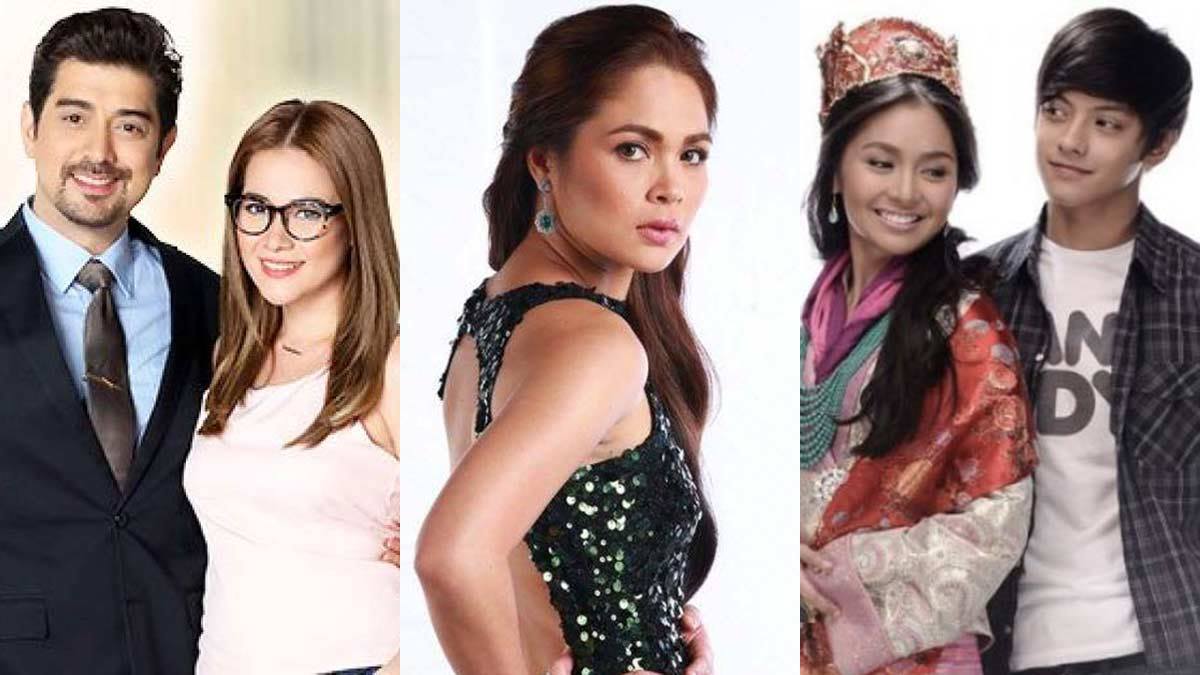 Can you guess the original titles of (L-R) A Love To Last, starring Ian Veneracion and Bea Alonzo; Huwag Ka Lang Mawawala, top-billed by Judy Ann Santos; Princess and I, headlined by Kathryn Bernardo and Daniel Padilla?
PHOTO/S: PR

True for both ABS-CBN and GMA-7 networks, nothing is final in the making of a teleserye until its pilot episode is aired.

During pre-production, changes in the storyline and casting are inevitable.

Also, a series in production is given a working title, which may or may not be retained before it airs.

It can also happen, and it has happened many times, that a decided title is revised at the very last minute because of sudden changes in casting, which can alter the storylines considerably.

Just this 2020, almost all of ABS-CBN’s teleseryes airing on Kapamilya Channel have gone through title changes.

The titles of its two upcoming shows have also been revised: Bagong Umaga, which used to be Cara Y Cruz, and Init Sa Magdamag, which was originally What I Do For Love.

Here are 10 ABS-CBN teleseryes—with their titles changed from the day they were announced to the time they premiered on TV.

In early 2012, ABS-CBN announced at a trade launch that Kathryn Bernardo would top-bill a romantic drama series titled You’re Always In My Heart about a lost princess in the fictional country of Yangdon.

In March 2012, just before the show was launched in April, ABS-CBN announced that new series would be titled Princess and I.

Princess and I became a top-rater in its timeslot, which was after TV Patrol. It ran from April 2012 to February 2013. 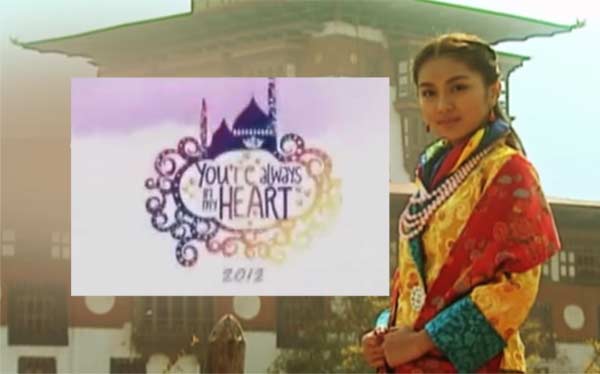 In mid-2017, the story conference of a teleserye titled Victims of Love was attended by Lorna Tolentino, signalling her return to ABS-CBN.

The other big names at the storycon were Julia Montes, JC Santos, Paulo Avelino, Cherry Pie Picache, and Angelica Panganiban.

During production, however, the show's casting underwent major changes.

Isabelle Daza, who was tapped to replace her, had to bow out of the show, too, because of pregnancy.

Although Aljur Abrenica was added to the cast, he clarified his character was different from JC’s.

With the casting changes, ABS-CBN and Dreamscape Entertainment also decided to give the show a new title.

The series was launched in January 2018 as Asintado. 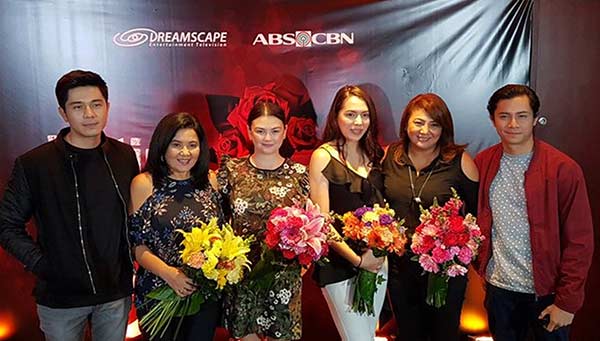 In 2014, it was reported that Jessy Mendiola and Xian Lim would top-bill a drama series titled A Family Story, produced by ABS-CBN’s content providing unit, Star Creatives.

Later, ABS-CBN confirmed that Jessy would lead the show's cast that included JC De Vera as well as the revived love team of Richard Gomez and Dawn Zulueta.

In the omnibus plug for ABS-CBN’s 2015 shows, A Family’s Story was changed to Will Never Say Goodbye.

But when ABS-CBN started airing the teasers for the show’s premiere in October 2015, the series used another title,You’re My Home, which was also the title of its theme song.

Interestingly, You’re My Home was also the title of the supposed drama series of Richard and Dawn in 2014 that was shelved by Dreamscape Entertainment. 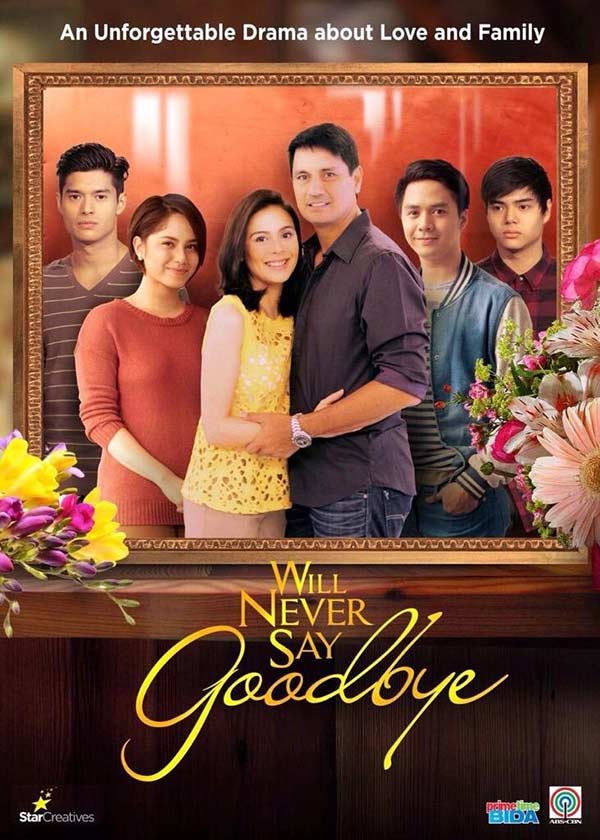 In May 2016, ABS-CBN’s RSB Drama Unit helmed by Ruel Bayani announced the first pairing of Arci Muñoz and Jericho Rosales in a teleserye titled Never Ever Say Goodbye.

Piolo Pascual was tapped to sing its theme song, “Magpahanggang Wakas,” a revival of the popular ballad written and sang by Erik Santos.

Later, ABS-CBN decided to use Magpahanggang Wakas as the show’s title.

Originally scheduled to air in the third timeslot, Magpahanggang Wakas premiered in September 2016, occupying the second timeslot, which was originally for James Reid and Nadine Lustre’s Till I Met You.

The latter, which then suffered a drop in its ratings, was moved to the third slot. 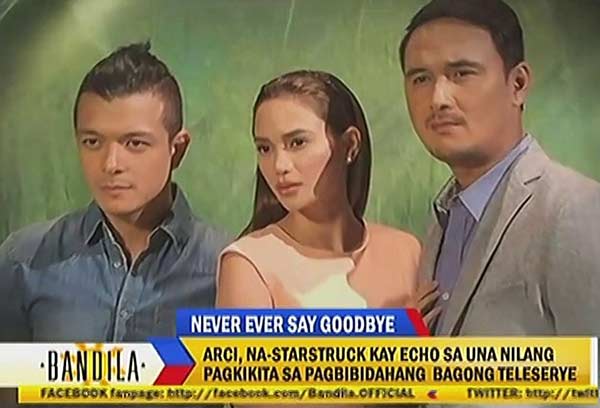 The series was to supposed be headlined by Joshua Garcia, Janella Salvador, and Elmo Magalona.

In July 2017, Janella and Elmo announced their decision to back out of the series.

Loisa Andalio and Jerome Ponce were tapped to replace Janella and Elmo, respectively.

With the casting changes, ABS-CBN decided to put the center of the story on the four boys: Joshua, Jerome, Nash, and McCoy.

The series premiered in September 2017 as The Good Son.

A rerun of The Good Son is currently airing on the Kapamilya Gold block of Kapamilya Channel. 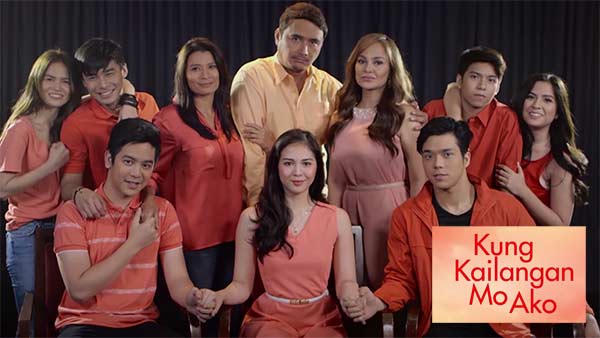 Original/Working Title: Love Will Lead You Back, Ang Halik Mo

In October 2017, ABS-CBN and RSB Drama Unit announced that a series titled Love Will Lead You Back was in the offing.

In mid-2018, reports started referring to Love Will Lead You Back as Ang Halik Mo, with the Aegis’s “Halik” as its theme song.

The series was formally launched in August 2018 as Halik.

During the press conference, business unit head Ruel Bayani revealed it was the idea of Charo Santos-Concio to use the songs of the Aegis as the teleserye's title.

Halik became a success in the ratings game that it earned several extensions. Its original three-month run was extended to April 2019. 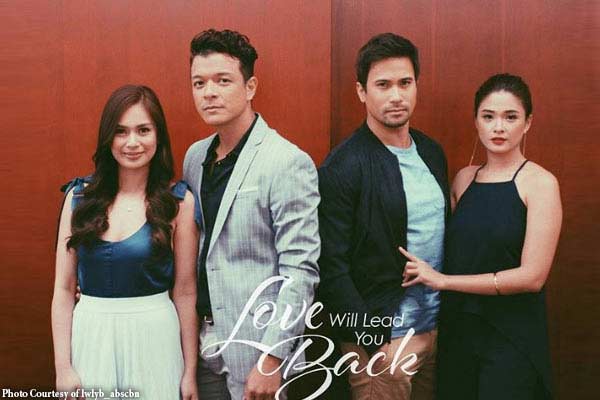 Original/Working Title: Against All Odds

In 2012, Judy Ann Santos attended the press conference of a drama series titled Against All Odds. Her co-stars were Sam Milby and KC Concepcion.

The series was presentedduring the December 2012 trade launch of ABS-CBN.

But when the series debuted in June 2013, the network decided to use a more “pang-masa” Tagalog title, which was Huwag Ka Lang Mawawala. 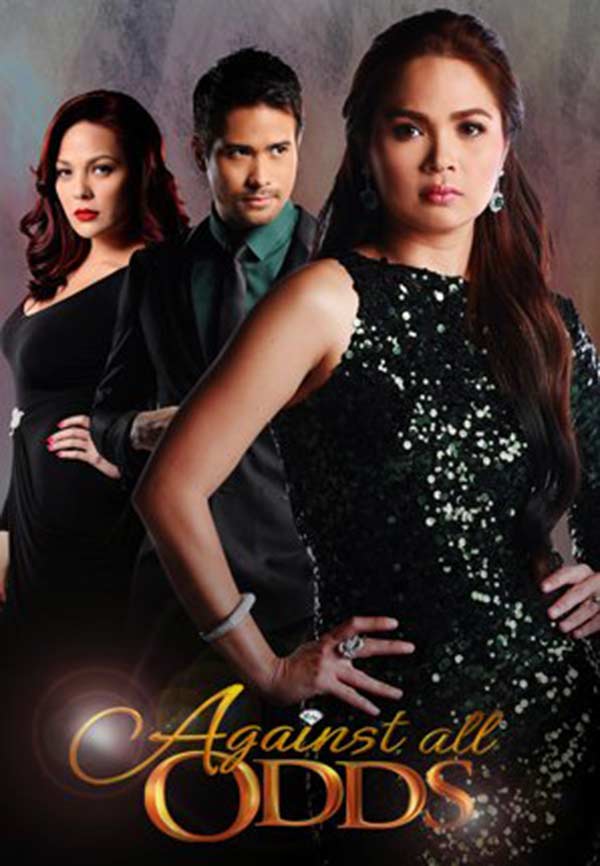 In September 2018, ABS-CBN and Dreamscape started promoting the series as Tubog sa Ginto, which was the title of Eddie Garcia's movie in 1971.

When the show's teaser was launched in the same month, it became Kadenang Ginto.

It premiered on October 8, 2018 in ABS-CBN’s Kapamilya Gold block, and had a successful run for one year and four months. 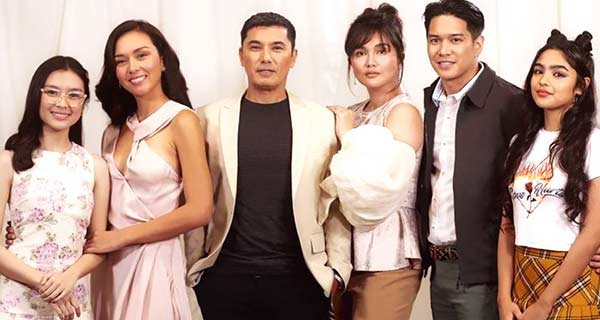 Original/Working Title: All That Matters

In August 2017, Sylvia Sanchez and Arjo Atayde attended the story conference of a teleserye which, at that time, had no title yet.

Three months later, at the cast pictorial, ABS-CBN revealed that the series will called All That Matters.

However, in the same month, ABS-CBN decided to change it to Hanggang Saan when it launched the series' first teaser.

According to an insider's story, the production unit of Hanggang Saan, headed by Ginny Ocampo, wanted a Tagalog title for this afternoon series.

The series aired on November 27 in ABS-CBN’s Kapamilya Gold block.

Hanggang Saan initially struggled in the ratings game, but was able to catch up during its last few months of airing, from February to April 2018.

In April 2019, ABS-CBN announced that FOX Turkey acquired the rights to do its own adaptation of Hanggang Saan using the title A Mother’s Guilt. 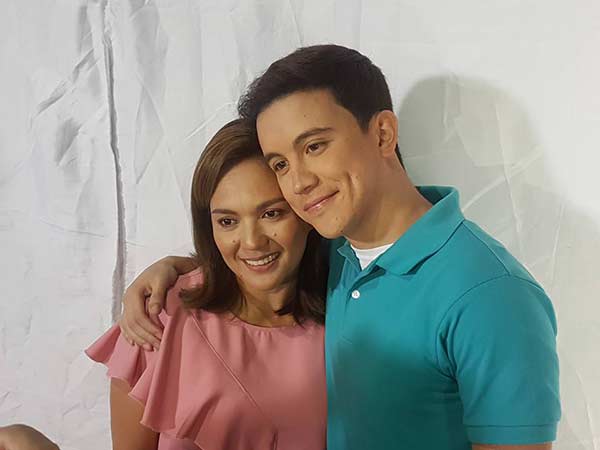 A LOVE TO LAST

In May 2016, Bea Alonzo attended the story conference of her teleserye The Second Wife, which also starred Iza Calzado and Ian Veneracion.

Netizens quickly assumed the series would be about infidelity.

In an interview with PEP.ph (Philippine Entertainment Portal) in July 2020, Bea said that her series was not about infidelity at all.

She would portray the second wife of Ian, hence, the title of the show.

Casting changes subsequently happened during the production of the series.

Vin Abrenica, who was supposed to be paired with Julia Barretto, was pulled out and cast in another project. Ronnie Alonte became the partner of Julia.

Star Creatives, the producer of the show, later chose the title A Love To Last, which was based on Jose Mari Chan’s song, “A Love To Last A Lifetime.”

Star Creatives had used titles of love songs for its light, romantic-themed shows, such as Got To Believe, Forevermore, and A Love To Last. 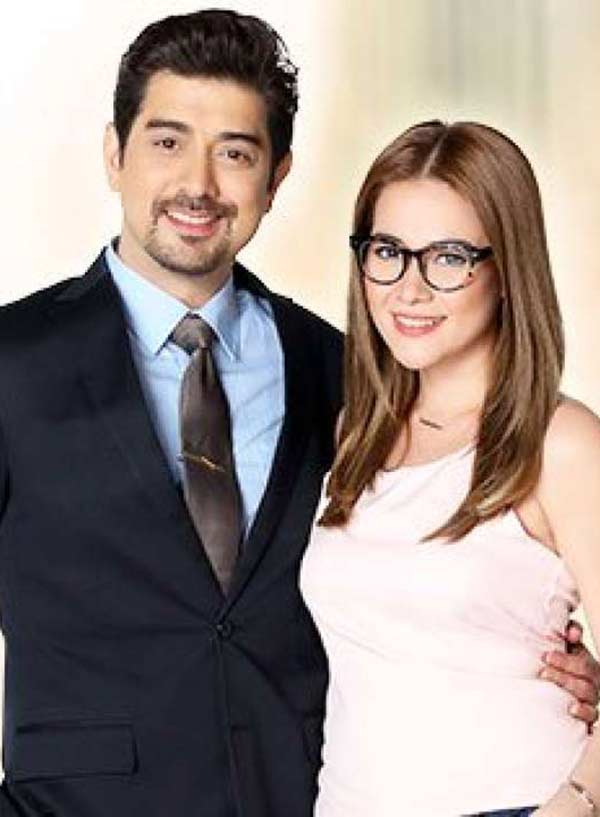