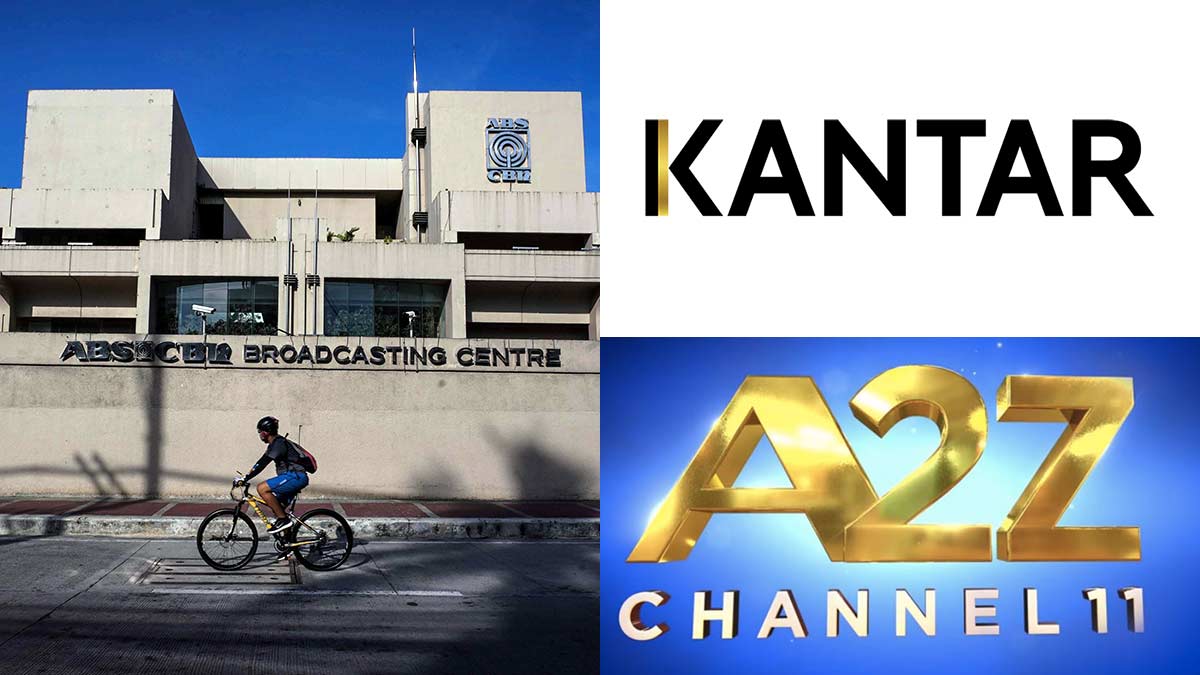 Kantar Philippines, which recently closed its media division, is reversing its decision.

This is according to an e-mail sent to PEP.ph (Philippine Entertainment Portal) by Kantar Media’s public relations team.

The email also states that the media research company has signed a new Total Audience Measurement (TAM) contract with its “keystone” client, ABS-CBN.

This comes on the heels of the latter's partnership with Zoe Broadcasting Network, which is now known as A2Z channel 11.

The ratings provider of ABS-CBN since 2010 is resuming its operations as the network's programs will “be shown via the terrestrial and the satellite/cable frequencies of another broadcaster,”

In the e-mail, Kantar Media says majority of the media division’s existing staff, who were originally scheduled to leave on December 31, 2020, will be retained.

However, Kantar Media will no longer operate its AdEx services, which monitor total ad spend across all platforms, in the Philippines.

It can be recalled that the decision to close Kantar Philippines' media division was first reported on September 2, 2020.

Kantar Philippines managing director Jay Bautista said in an interview with PhilStar.com that a big chunk of the division's revenues had come from the Kapamilya network.

On May 5, 2020, ABS-CBN stopped the broadcast of its free TV and radio channels, after the National Telecommunications Commission issued a cease and desist order following the expiration of its ongressional franchise.

Also expected to be shown in the next few weeks are ABS-CBN programs Magandang Buhay, Paano Kita Mapapasalamatan, Iba ‘Yan, I Can See Your Voice, and Maalaala Mo Kaya.