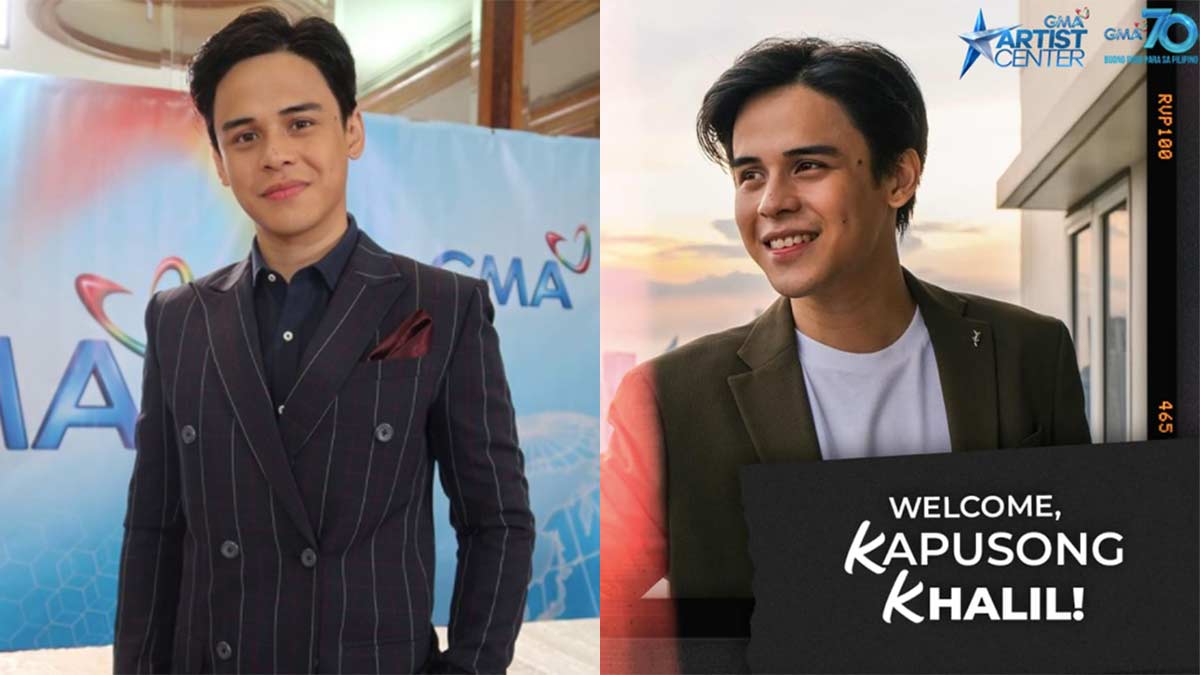 The teaser said (published as is), “may bagong Kapuso… malapit niyo nang maKilala.”

Notice that the letter K was made more prominent.

Most netizens made the correct guess, and wrote "Khalil."

Some thought of another Kapamilya singer: Inigo Pascual.

Before the contract-signing, Khalil was last seen in ABS-CBN’s prime-time drama series, Make It With You, as the third wheel to Liza Soberano and Enrique Gil.

On March 16, 2020, the series took an airing break because of the declaration of enhanced community quarantine in Luzon.

Eventually, because of the pandemic and ABS_CBN shutdown, the series was canceled with an unfinished storyline.

Khalil’s girlfriend, Gabbi Garcia, was the first to congratulate and welcome the new Kapuso actor in GMA-7.

She wrote, “always proud of you, my love!! Welcome to GMA, @TheKhalilRamos”

A month ago, PEP Alerts' Cabinet Files published a blind item about a Kapamilya singer transferring to GMA-7.

One of the clues was that he would transfer to the talent-management agency handling the career of his girlfriend.

After his win, Khalil released songs, and became part of the network’s teleseryes.

Last year, he was paired with Gabbi in LSS: The Movie. The film, an entry to Pista ng Pelikulang Pilipino 2019, was produced by Globe Studios.

Khalil used to be part of ASAP’s boy group, “ASAP Boyfriends,” with Enrique Gil and Daniel Padilla, his co-stars in Princess and I.