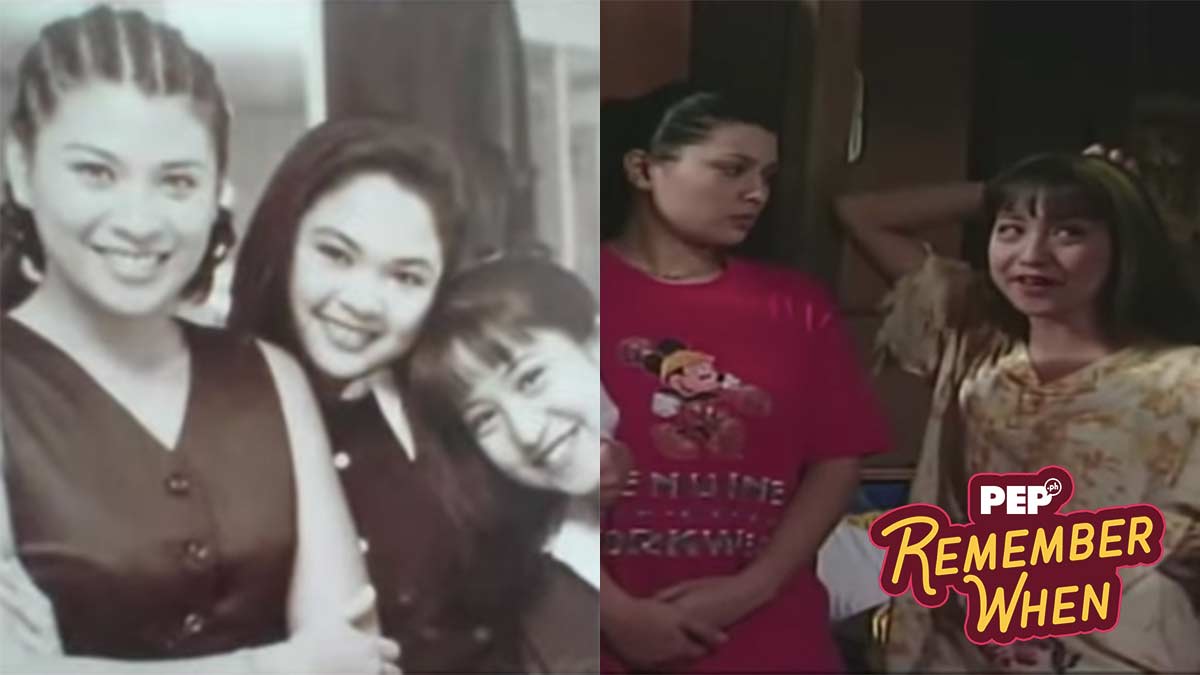 Mylene Dizon, Judy Ann Santos, and Jolina Magdangal are long-standing friends. Their friendship, however, started on a sour note when Mylene made Jolina cry on the first taping day of Gimik, the show that brought them together.
PHOTO/S: Gimik (ABS-CBN)

The series that started in 1996 also marked the beginning of their friendship that has lasted until today, after 24 years, and continuing.

But did you know that Judy Ann, Mylene, and Jolina initiated their friendship with a little bit of “bullying?”

Who was the bully? Mylene.

Jolina recalled how she made her feel uncomfortable during their first taping day, remembering Mylene telling her, “Wala kang friend?”

As she told the story during her birthday celebration in Magandang Buhay in November 2018, it got her thinking then.

The two would become close on the set of the show, and that was when she realized it was Mylene’s brand of “lambing,” her own way of welcoming Jolina into the cast of Gimik.

A more detailed account of the story was told by Mylene during her PEP Live interview on September 29, 2020.

She was full of self-condemnation as she related her encounter with Jolina.

Gimik was her first TV show in ABS-CBN; on the other hand, Jolina by that time had been been doing shows as Kapamilya since 1992.

What made her approach Jolina from out of the blue?

Judy Ann was around during the bullying incident, but Mylene could not remember anymore her friend’s reaction.

After Gimik, Mylene and Jolina did not have a chance to work with each other again for a project.

But they would often cross paths in the hallways of ABS-CBN.

"There was a time that there were a lot of shows that were being shot in the studios of ABS, so palakad-lakad lang kami doon.

“Nagkikita kami ‘tapos we would have lunch out, dinner out. Tumira pa nga ako kay Juday for one month, e.”

PEP.ph asked Mylene about the secret of their friendship.

Mylene answered, “Siguro because, I can only say, ha, at least for our group, I think we were quite honest with each other.

“We were not out there to compete with each other, but we help each other a lot, nagtutulungan.”

“If you’re not feeling well, I’ll fill in for you sa ASAP, okay lang lahat iyon. Walang competition at all.

“Yeah, we help each other, we motivated each other at work. Hindi iyong bahala ka sa sarili mo.

“Hindi kami nag-compete against each other, we helped each other.