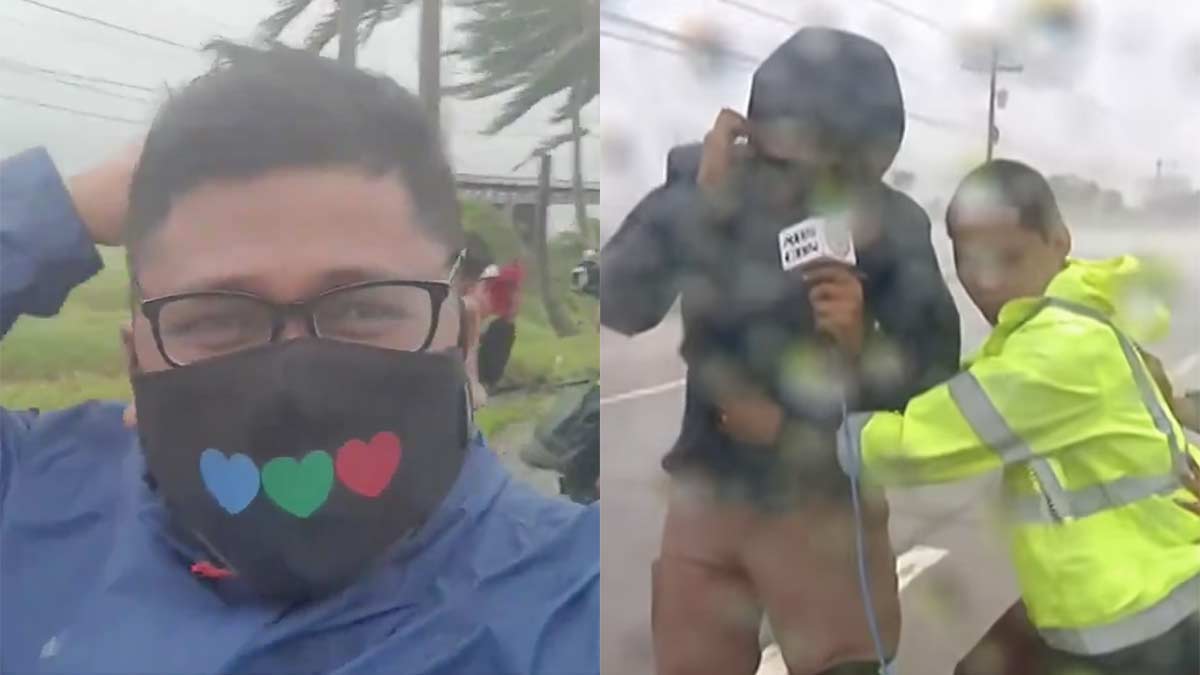 In full view of television viewers, Dennis was seen struggling to stay in place while doing his standupper report for DZMM Teleradyo earlier today, October 26, in Oriental Mindoro.

An ABS-CBN staffer wearing a green raincoat had to hold Dennis to keep him from being carried away by the wind and stay within the shaky camera frame. 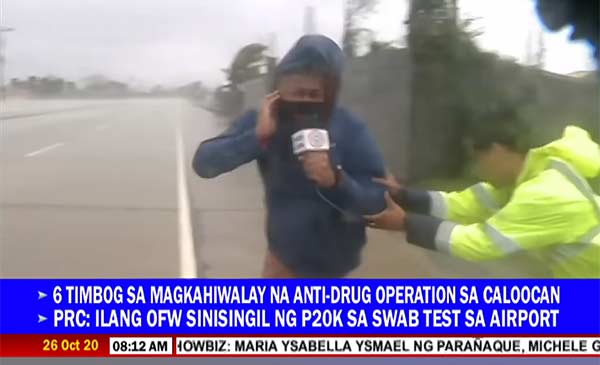 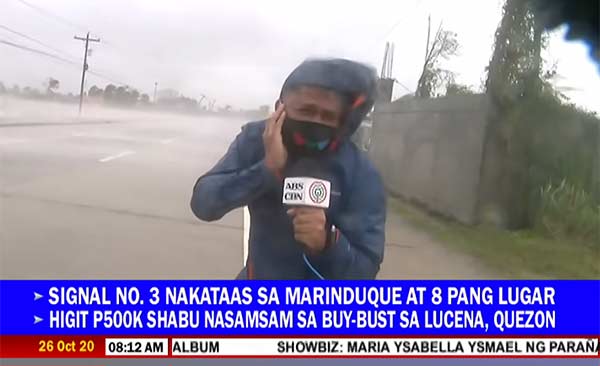 Dennis, meanwhile, was seen keeping up with his struggle to deliver his report even when he could not be heard on air.

Thankfully, sound was restored and Dennis was able to deliver his report, but with great difficulty:

Dennis and his crew were able to train the camera on a rice field that now looked like an ocean with strong waves brought by the strong wind.

As Dennis was delivering his report, one staffer braced him bodily against the wind, while another pushed hard against the two of them to prop them up.

The cameraman, although not seen, must be also struggling because the camera frame was shaking hard. 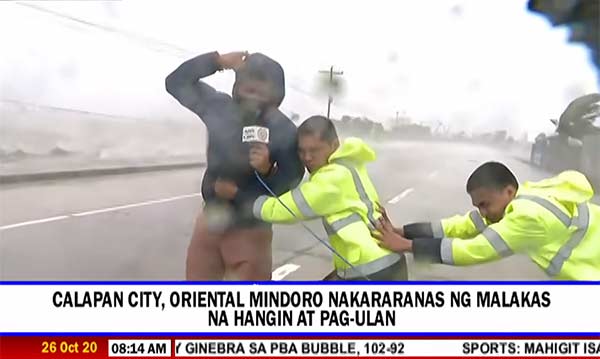 Here is the video of Dennis' report:

Dennis’s standfast reporting under the most difficult circumstance was commended by netizens who watched the video on YouTube.

Here are some of netizens’ comments: 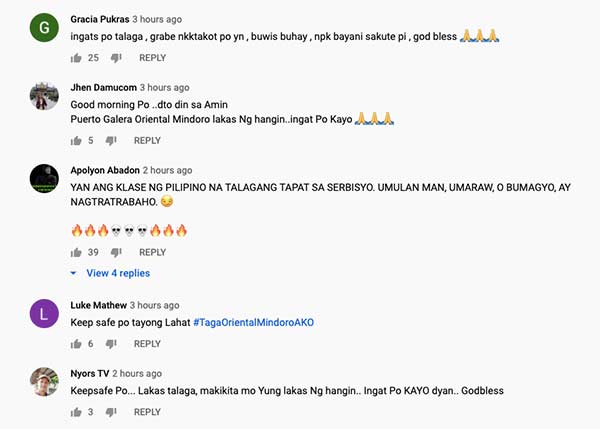 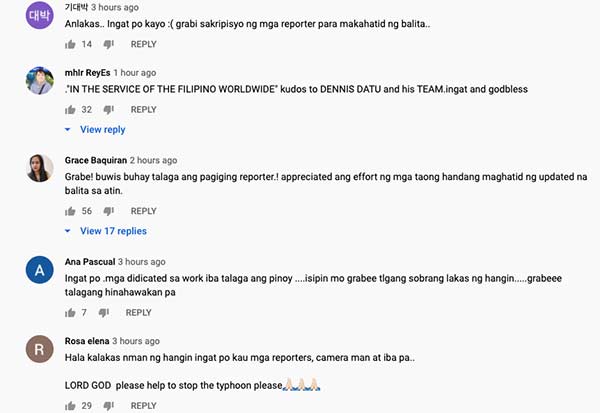 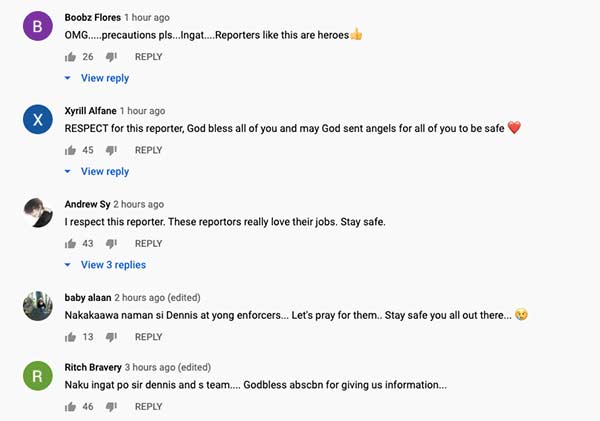 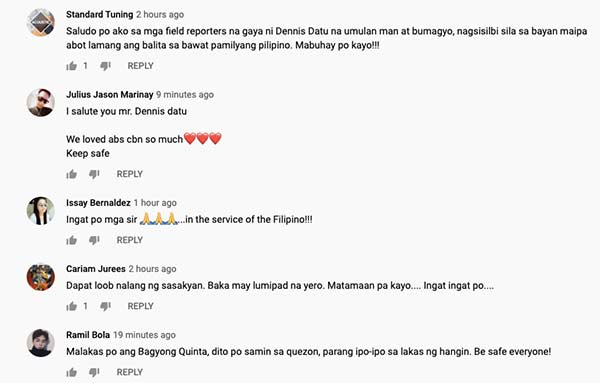 On Dennis' Twitter account, the ABS-CBN news reporter continued documenting on the devastation of Oriental Mindoro by Typhoon Quinta.

Here are some of his tweets: