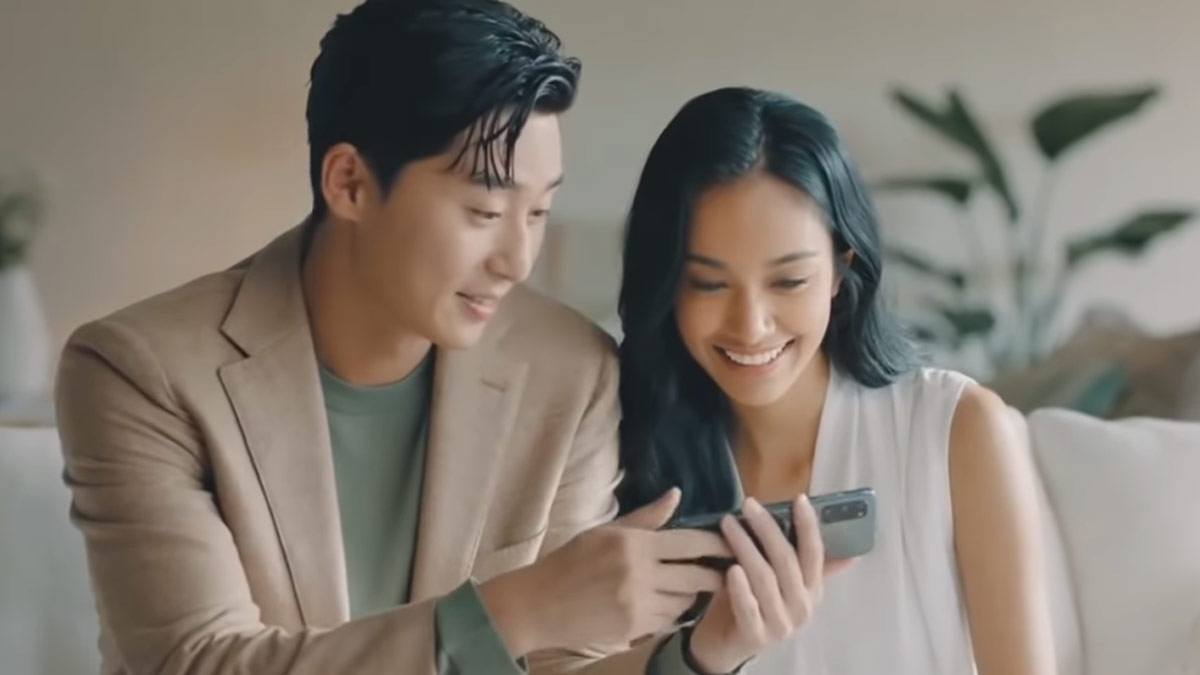 Seo Joon was launched as the newest endorser of Smart and Viu Philippines' K-Giga campaign on Wednesday, October 28, 2020.

The commercial features Seo Joon with a new leading lady who has Pinay features.

In the commercial's storyline, the woman has just gone through a breakup.

Upon seeing the commercial, Filipino netizens stormed Twitter with their reactions, saying, "Sana all."

Netizens immediately discovered the identity of the lucky girl.

May Myat Noe is a Burmese model signed under JS International Model Management in South Korea.

The 22-year-old model could be familiar to some since she placed 7th on Asia's Next Top Model Cycle 4 in 2016.

She was also crowned as the winner of Miss Asia Pacific World in 2014.

Seo Joon is very much excited to meet his Filipino fans again.

According to the telecom brand, there are plans to bring Seo Joon back to the Philippines next year, together with its two other South Korean endorsers, Crash Landing on You stars Hyun Bin and Son Ye Jin.

In an interview with Sam Oh for the brand, Seo Joon said he is grateful to the thousands and thousands of Filipino fans who have been supporting his projects.

"It was surprising because I don't take on a project expecting popularity and love. I'm also fascinated because our languages are different.

"I don't think I really feel it. Until now, it still doesn't feel real. It's also amusing but most of all, I'm very grateful."

Asked what he thinks is the reason why the world loves K-dramas, he answered, "I'm no analyst, so I'm not sure. But if I were to venture a guess, I'd think that anyone in the world can relate to the human emotions and feelings on the situations that arise in these K-dramas.

"I also think the actors and crew of K-dramas have improved a great deal, which leads to better programs. But if there were no interest from people, we would be easily forgotten. So I think, the biggest factor is the interest of fans."

If this plan pushes through, it would be Seo Joon's second time in the country. The first time he visited the Philippines was in September 2019 for a meet and greet event organized by local clothing brand Bench/.