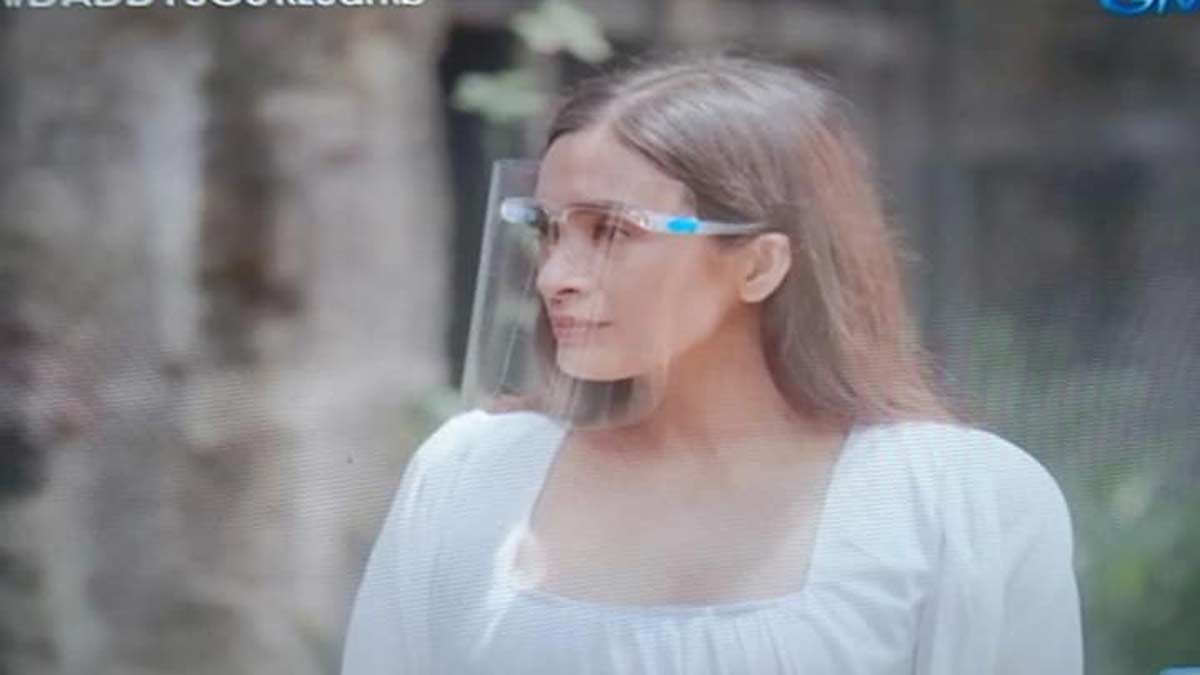 It was after a Facebook user reposted screenshots of Ina’s character wearing a face shield.

Ina played a ghost in the Daddy’s Gurl episode.

The post had also reached 82,880 shares at press time. 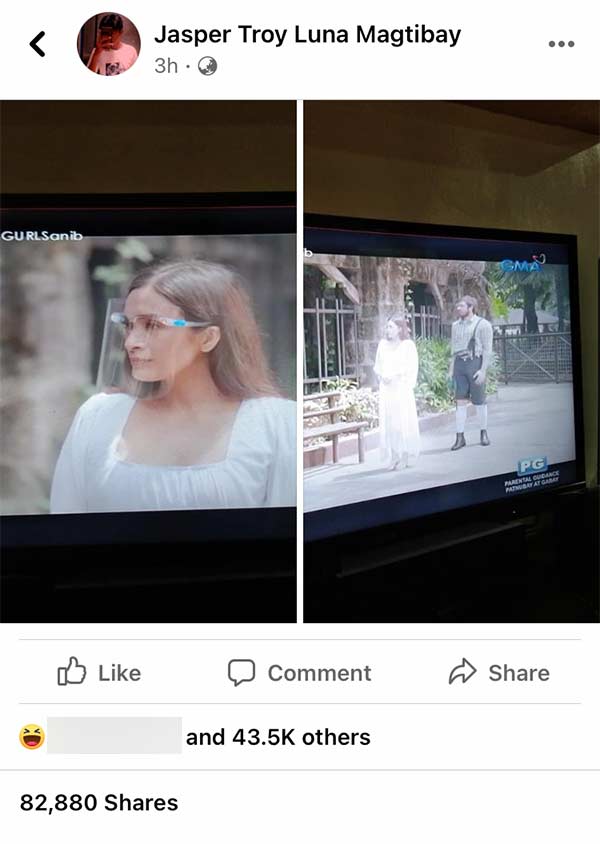 Daddy’s Gurl’s episode on October 31, 2020 is a fresh episode shot during the general community quarantine, after airing a replay on October 24.

It was also the first episode of Daddy’s Gurl shot in an outside location since most of their fresh episodes were only taped via video call.

The episode, which had the hashtag #DADDYSGURLSanib, is the program’s Halloween presentation for 2020.

Daddy’s Gurl’s October 31 episode is also set in the time of COVID-19, where people out of their homes are wearing face masks and face shields.

In the viral scene, Matilda (Wally Bayola), who was wearing a princess Halloween costume and a face shield, chanced upon the character of Ina Feleo.

Ina’s character was wearing a white veil and dress, and her appearance is glowing, enough for the audience to assume that she is a ghost.

At this point, Ina’s character was not yet wearing a face shield, but her face is covered with veil. 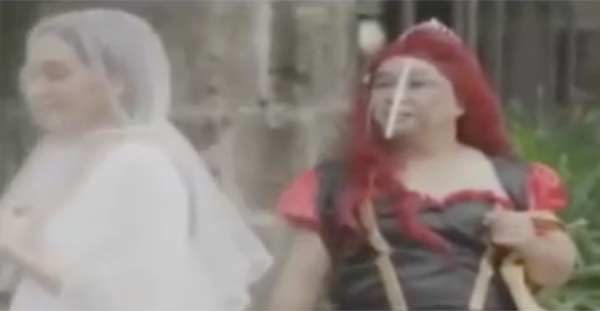 Matilda, not knowing that she is talking to a ghost, asked Ina’s character the location of the restroom.

Ina’s character only looked at her in disbelief.

Backed with a horror-themed musical scoring, Ina’s character stood from the bench she was sitting on and tried to touch Maldita.

Matilda brought out an extra face shield from her bag and gave it to Ina’s character.

Ina’s character hesitantly accepted the face shield and inspected it, as if it was the first time she saw something like that.

Matilda then looked at where Ina pointed the comfort room area.

When Matilda glanced again at Ina, she was nowhere to be found.

In Ina’s next scene, she was already wearing the face shield.

She appeared in the food stall where Andre Paras’s character, Burnok, was staying. 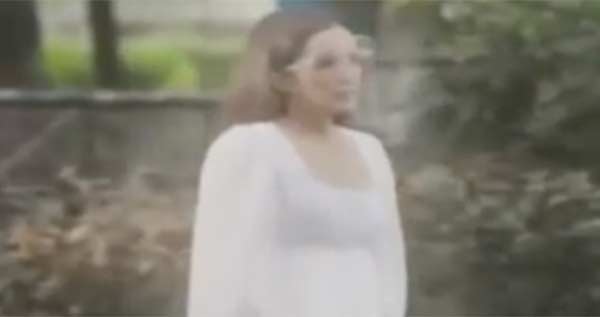 Burnok was not minding Ina, as if he was not seeing her or hearing her talk.

Ina’s soul then went inside Matilda’s body, which explains the episode’s hashtag.

Ina later explained that she is Blair, who was supposed to elope with her boyfriend Chuck. Unfortunately, Blair met an accident that killed her.

Her ghost remained in the area waiting for Chuck because since she died, she has not seen yet her boyfriend.

Apparently, Maine’s character, Stacy, can also see the ghost of Chuck in a separate area.

In the end, Blair and Chuck’s souls were reunited and lived happily ever after.

As the Facebook post about Ina’s face shield went viral, netizens have also exchanged comments about the scene.

Some were laughing at the scene and treated the post as a meme about ghosts possibly wearing face shields to protect themselves from the virus.

There were also netizens who joked about Ina’s character dying of COVID-19, the reason why she was wearing a face shield even in the afterlife.

But there were also those who were laughing at the scene, thinking that it was one of the bloopers committed on television.

Other comments, who seemed to have watched the Daddy’s Gurl episode, defended the show and explained the scene.

Some are also defending that the ghost wearing a face shield could be the show’s comedic device as a sitcom.

Here are some of the netizens’ comments in the post: 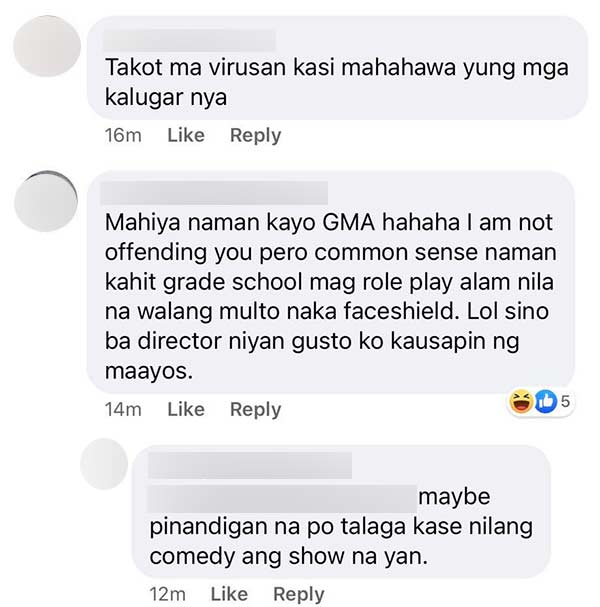 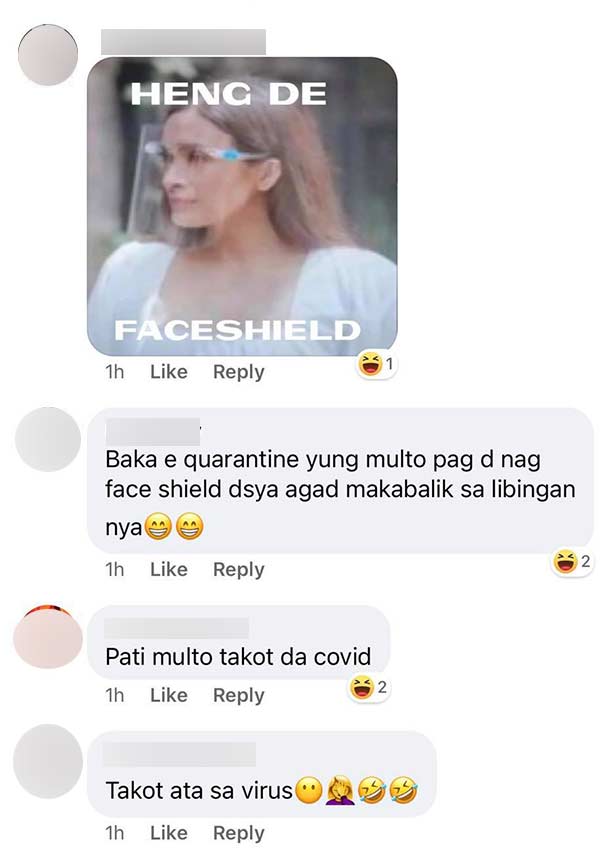 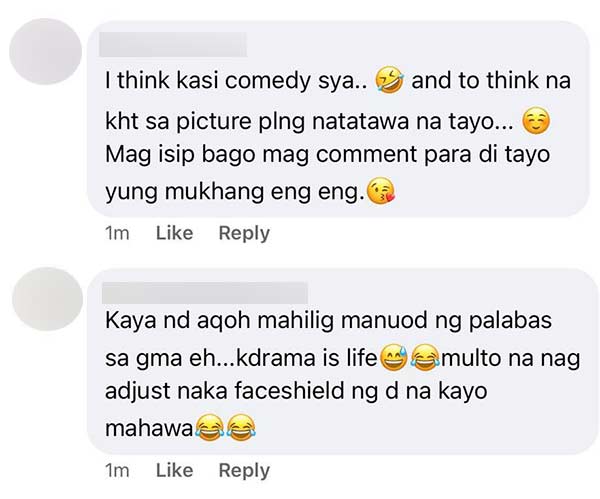 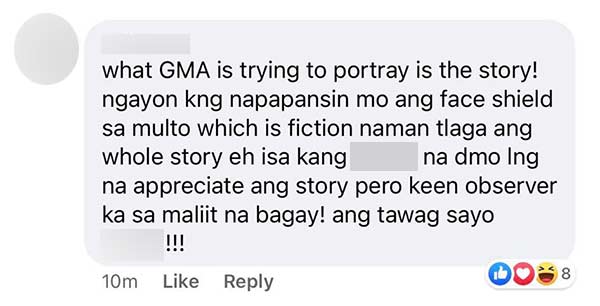 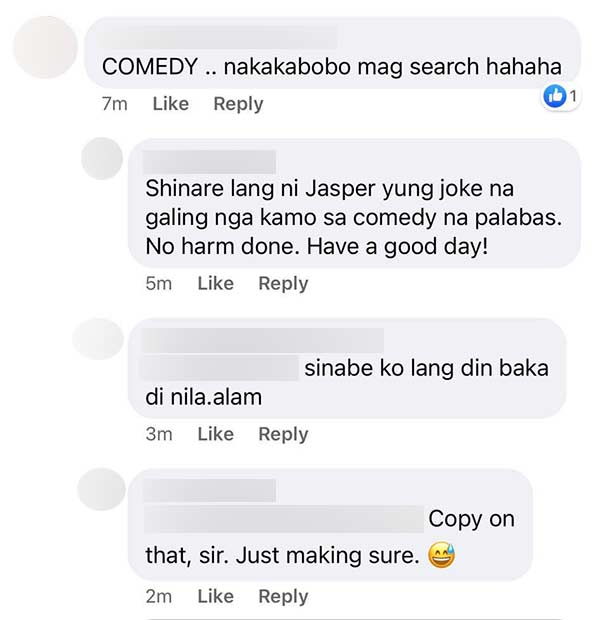 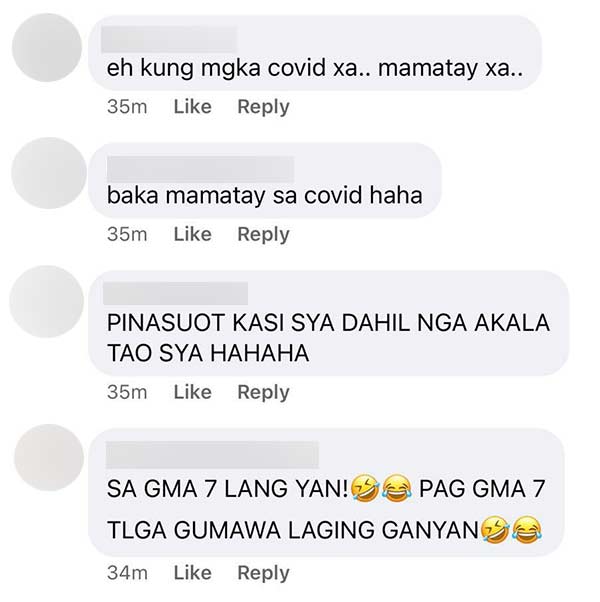 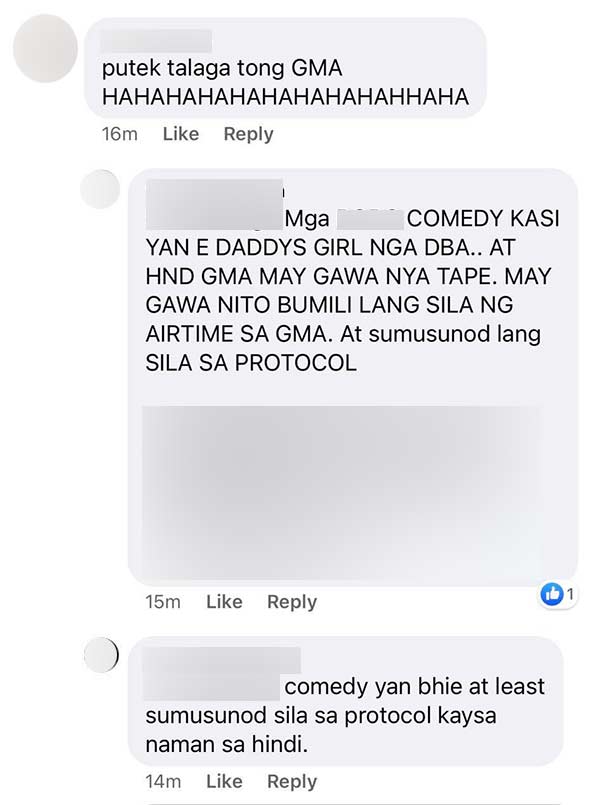 Daddy’s Gurl is directed by Chris Martinez. The Halloween episode is written by Noreen Capili.