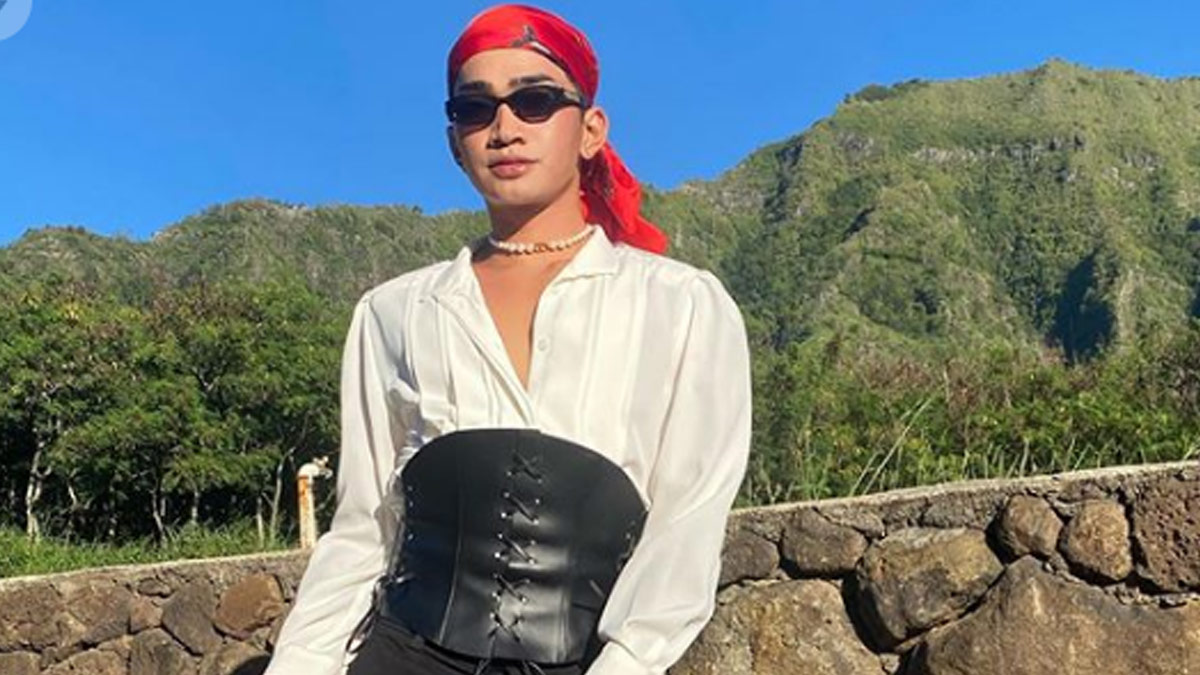 Hawaii-based Filipino YouTuber Bretman Rock urged by a fan to join Pinoy Big Brother says, "Girl, don't even get me started on how Philippine showbiz treated me when I went home."
PHOTO/S: @bretmanrock on Instagram

Cagayan-born and now Hawaii-based Filipino YouTuber Bretman Rock was egged on by one of his Instagram followers to try and join the Kapamilya reality show Pinoy Big Brother.

ABS-CBN has just started the online auditions for the PBB edition Pinoy Big Brother Connect via the livstreaming app Kumu.

The netizen wrote, "You should audition for Pbb HAHAHA everyone will love u."

Bretman replied with a cryptic comment, "girl don't even get me started on how Philippine showbiz treated me when I went home" 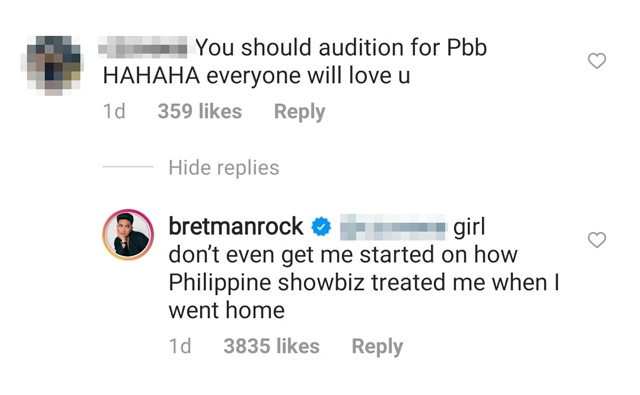 On Twitter, some netizens speculated that Bretman could be referring to his appearance on It's Showtime as a celebrity player of "Trabahula," a defunct segment on the noontime show.

Bretman also liked a reply on his Instagram post, which read, "I think @bretmanrock is referring to her It's Showtime tv [guesting]. Go watch it in YT."

Bretman's segment is not available on ABS-CBN's official YouTube channels, but a fan was able to find a clip and re-upload it.

In the comments section of the post, netizens noted the discomfort of Bretman as he was being interviewed by Vhong Navarro, Joey Marquez, Billy Crawford, and Jhong Hilario.

They guessed that probably Bretman did not like the jokes thrown at him by the show's hosts.

Bretman has been to the Philippines several times.

During his short vacation in the country back in March 2016, he made several media appearances.

In December 2016, he returned for a make-up masterclass.

In January 2017, he was back again and served as the red-carpet host of the Miss Universe pageant at the SM Mall of Asia Arena in Pasay City.

His last visit to the country was in November 2019 to attend his late father's funeral.

Born Bretman Rock Sacayanan, the social-media celebrity rose to fame with his comedic videos and funny make-up tutorials on Instagram and YouTube.

On Monday, November 2, Bretman posted an update on Instagram and uploaded one of his latest OOTDs.