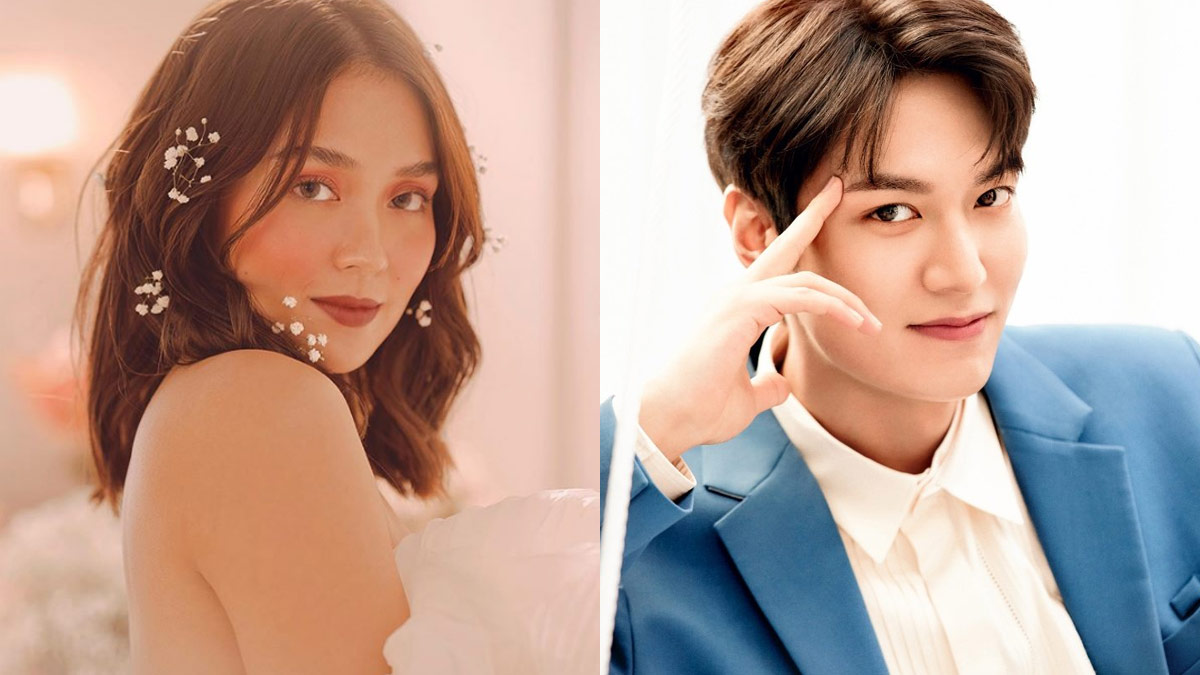 Kathryn Bernardo hasn't gotten over the thrill of sharing an endorsement with Lee Min Ho, one of her favorite K-drama actors.

The South Korean heartthrob has just been named as an ambassador for Lazada's 11.11 sale, and Kathryn is his local counterpart.

Kathryn has always been a fan of Min Ho. In fact, she watched his series Boys Over Flowers twice.

The K-drama series had a successful run in the country when it aired on ABS-CBN in 2009, following the phenomenal success of Taiwan's Meteor Garden.

In an exclusive interview with PEP.ph (Philippine Entertainment Portal) on Friday, November 6, Kathryn recounted the time she was told the campaign would pair her with the actor of The King: Eternal Monarch.

She said, "Actually, when they told me about it during my first shoot pa lang, sabi nila may surprise na makakasama from Korea.

"Then fast forward to few weeks ago, nasa shoot ako noon and then Tita Lulu [Romero], my handler, sent me the board, and she said na si Lee Min Ho yung makakasama.

"Sakto, kasi I just started watching yung Legend of the Blue Sea during quarantine and then super fan ako ng Boys Over Flowers.

"I feel very honored to represent the Philippines alongside now with Lee Min Ho.

Like many others under lockdown, Kathryn also turned to binge-watching K-dramas to ease the boredom of being quarantined. So far, she has watched the fan favorites.

She said, "I started watching K-dramas nung nag-lockdown. Nag-start ako with Crash Landing On You and then super na-hook ako.

"So after that, tinanong ko yung friends ko. They suggested na unahin muna yung mga classic, so I watched Descendants of the Sun and then after that Goblin."

Aside from her niece Lhexine, Kathryn has also influenced her boyfriend Daniel Padilla to watch a K-drama series.

What other series has she watched recently?