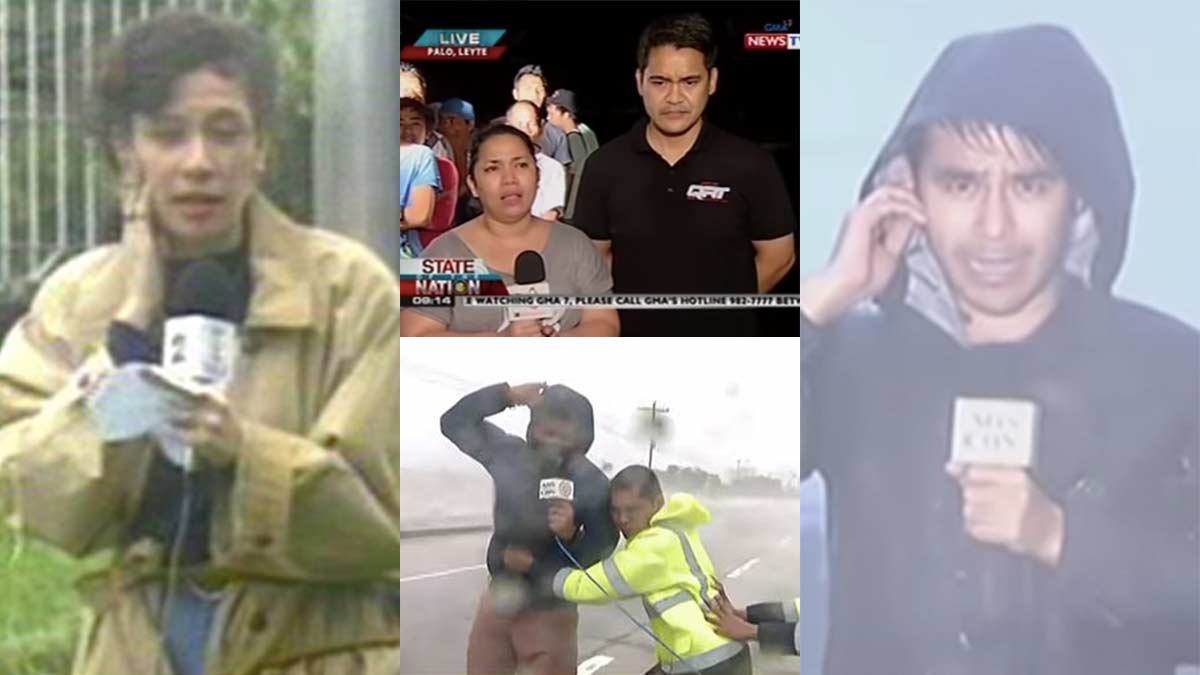 How did these ABS-CBN and GMA-7 TV reporters defy the typhoons for their coverage?
PHOTO/S: ABS-CBN / GMA-7

During strong typhoons and calamities, TV reporters are among the frontliners who risk their lives just to do their jobs.

PEP.ph (Philippine Entertainment Portal) looks back on how these five reporters from ABS-CBN and GMA-7 defied strong winds and heavy rains just to deliver the news and information people need during a typhoon.

In November 1995, the Philippines was badly hit by super typhoon Rosing.

At the height of the storm, former ABS-CBN News reporter Pia Hontiveros was tasked to deliver the latest weather bulletin outside the headquarters of PAGASA.

But because of the strong wind and heavy rains, Pia had to tie herself to a flagpole while doing her standupper report.

A screenshot of that moment continues to spread online, even spawning its own memes. Other netizens have also praised Pia for being dedicated to her job.

On May 6, 2020, Pia reposted the photo on her Twitter account, with heart emojis in ABS-CBN colors: red, green, and blue.

Her post came a day after ABS-CBN went off the air when the National Telecommunication Commission issued a cease and desist order following the expiration of the network’s broadcast franchise. 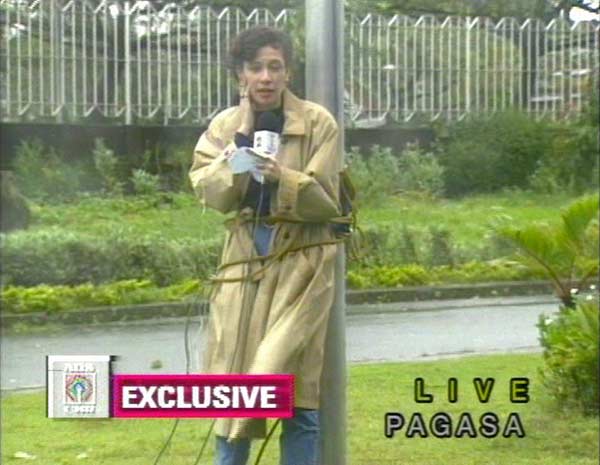 On November 8, 2013, former Kapamilya reporter Atom Araullo braved Yolanda in Tacloban City, which was the most battered area of 2013’s strongest typhoon.

Atom and his team’s footage showed a storm surge carrying piles of debris on the streets.

It could also be seen that Atom was already soaking wet because of the heavy rain and strong wind.

Braving the typhoon to deliver his report, Atom earned praises from netizens and became a trending topic on social media that day. 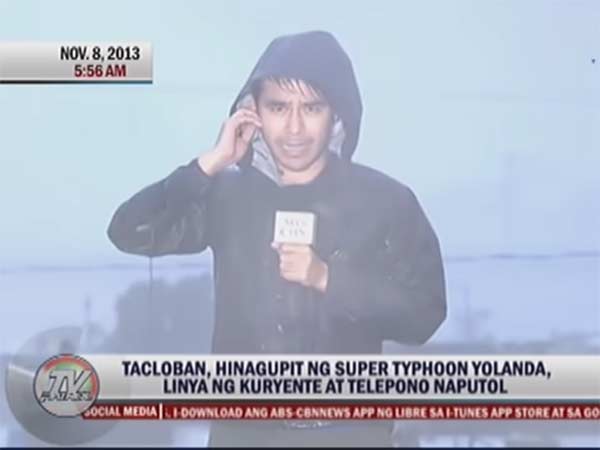 GMA-7 reporters Jiggy Manicad and Love Añover were assigned to cover the devastation and situation in Tacloban during the onslaught of typhoon Yolanda in 2013.

In a report for Jessica Soho’s State of the Nation on GMA News TV, Love, who grew up in Tacloban, was not able to control her emotions.

In a separate account, Jiggy recounted his experience in an editorial piece for Philippine Daily Inquirer.

Part of his story read, “The whirling winds gave me the feeling that we were inside a washing machine. I saw the waiting sheds being toppled, and a coconut tree outside our room getting snapped in two. By 7:30 a.m., all communication lines, including the Internet, went dead.”

Roel Bacarra, the driver that GMA News hired for the program QRT: Quick Response Team, was killed during the storm surge after the water swallowed his newly acquired Mitsubishi Adventure.

Roel was on his way to pick up Jiggy and the QRT group from their hotel when the incident happened. 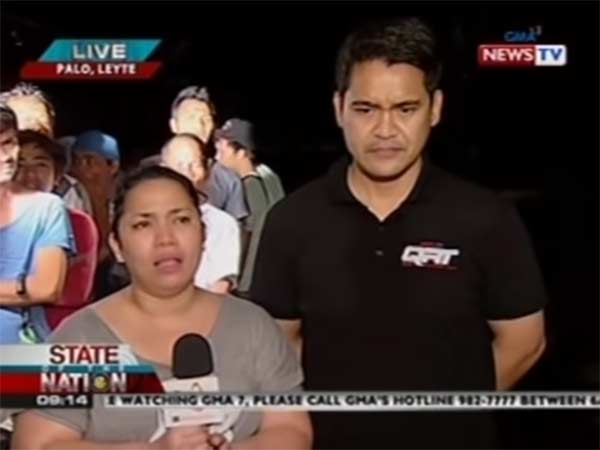 On October 26, 2020, ABS-CBN news reporter Dennis Datu was seen struggling to stay in place while doing his standupper report for DZMM Teleradyo.

An ABS-CBN staffer wearing a green raincoat had to hold Dennis to keep him from being carried away by the wind, and stay within the shaky camera frame.

The audio was later restored, and Dennis was able to deliver his report, but still with great difficulty.

With the camera being shaky, it caught the ominous background: a rice field that looked like an ocean with strong waves brought by the strong wind.

While Dennis was delivering his report, two people had to hold him because the wind was too strong.

The cameraman, although not seen, also struggled as evident on the blurry video. 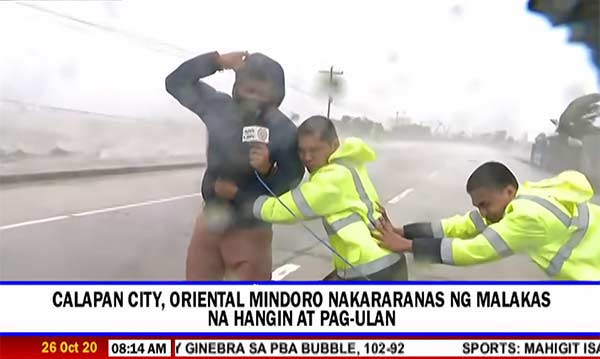