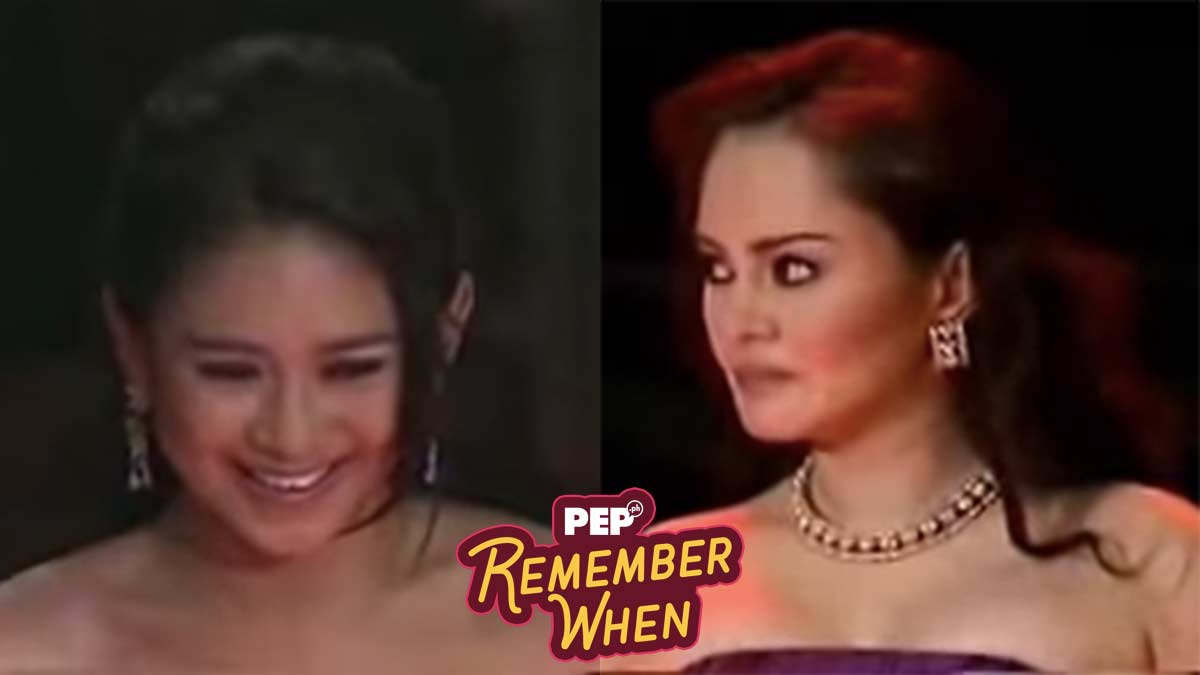 Remember when Sarah Geronimo and Angelika dela Cruz worked together in a teleserye?

In 2006, they were tapped to play the iconic roles of Dorina and Lavinia, respectively, in the ABS-CBN TV remake of Bituing Walang Ningning.

Sarah played the fan-turned-celebrity Dorina, a role originally portrayed by Sharon Cuneta in the 1985 movie.

During Angelika’s birthday PEP Live session on October 29, 2020, she was asked about Bituing Walang Ninging. The show marked the first time she played kontrabida.

What was it like working with Sarah for the first time?

Despite being on-screen rivals, Angelika recalls that she and Sarah had a harmonious working relationship along with the show’s staff and cast members.

She also remembers joking around with Sarah and her mother, Mommy Divine Geronimo, who is known as a strict mom.

One of the most iconic scenes from the 1985 movie version of Bituing Walang Ningning was the wine-splashing scene where Lavinia told Dorina, “You’re nothing but a second-rate, trying hard copycat!”

The TV series, which ran from May to October 2006, also had its own iconic scenes.

One was the concert showdown between Lavinia and Dorina, which was shot at Araneta Coliseum.

The two singers performed Aerosmith’s hit “I Don’t Want To Miss A Thing.” In an attempt to overshadow Dorina, Lavinia stole one of her lines.

However, the fans cheered for Dorina as she hit the song's high notes, and Lavinia ended up walking out of the stage.

Angelika says that this scene stuck with viewers, and fans of the show continue to upload a clip of the scene on social media.

Angelika also recalls how they were able to pull off the live concert that involved acting in the show’s finale.

In fact, the touching last scene during the concert still brings Angelika to tears.