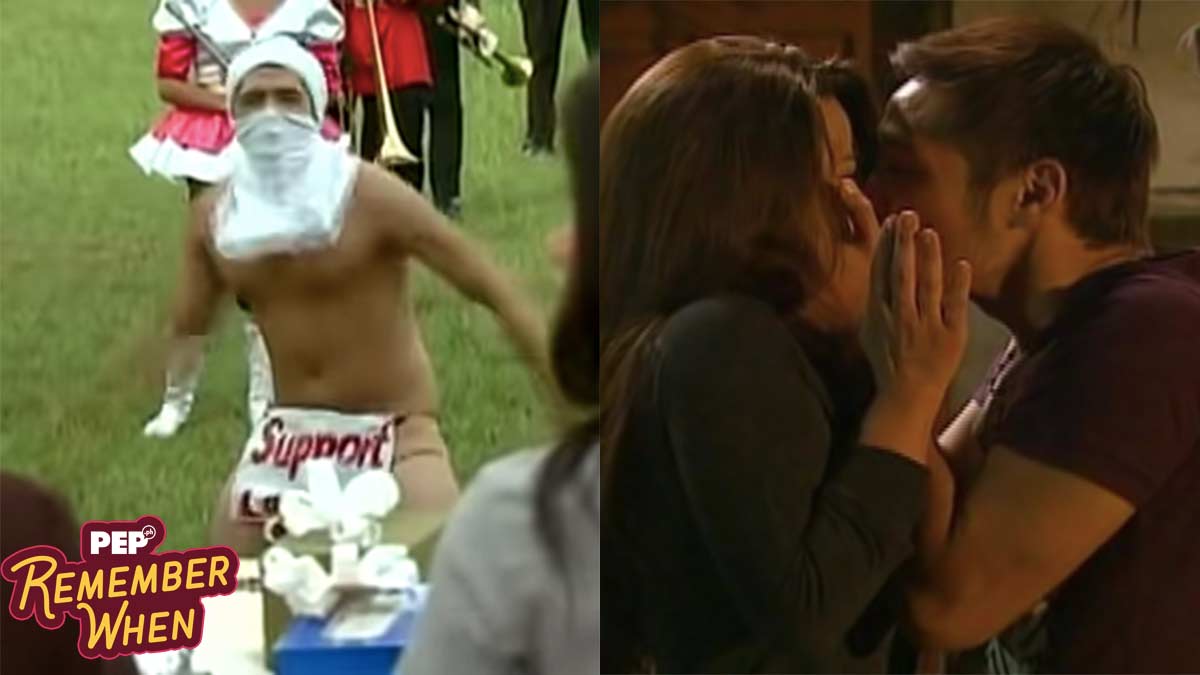 Did you know that there's a story behind Martin del Rosario's butt exposure in ABS-CBN's Pintada?
PHOTO/S: Pintada (ABS-CBN)

He started his career in 2008 with ABS-CBN and Star Magic, where he did a couple of supporting roles before getting his big break in showbiz.

The big break happened in 2012, when he was tapped to portray Denise Laurel’s leading man in the afternoon drama series Pintada, which was an installment under the umbrella series Precious Hearts Romances (PHR).

Based on the PHR book Green Meadows by Arielle, Martin played the school’s resident “pasaway,” which changed when he fell in love with his teacher, played by Denise.

As part of his character’s “pasaway” antics, Martin had to do a butt exposure for the show’s pilot episode where he had to run in a field.

This scene was brought up during Martin’s PEP Live guest appearance on November 17, 2020.

Martin then revealed that he actually got injured while taping the scene!

Because of the injury, Martin had to go through anterior cruciate ligament (ACL) reconstruction.

According to Mayo Clinic, ACL reconstruction is a “surgery to replace a torn anterior cruciate ligament (ACL)—a major ligament in the knee.”

ACL injuries, the website adds, commonly happen in sports or activities that involve sudden stops and changes in direction.

Martin said that he won’t forget that incident.

But despite the injury, Martin pushed through in doing his sequences.

It was also in Pintada where Martin had his first kissing scene.

He wishes to be able to work again with Denise, who is still an ABS-CBN talent.

Two years after Pintada, in 2014, Martin decided to transfer to GMA-7, his current home network.