Start Up face-off: Are you Team Dosan or Team GoodBoy? 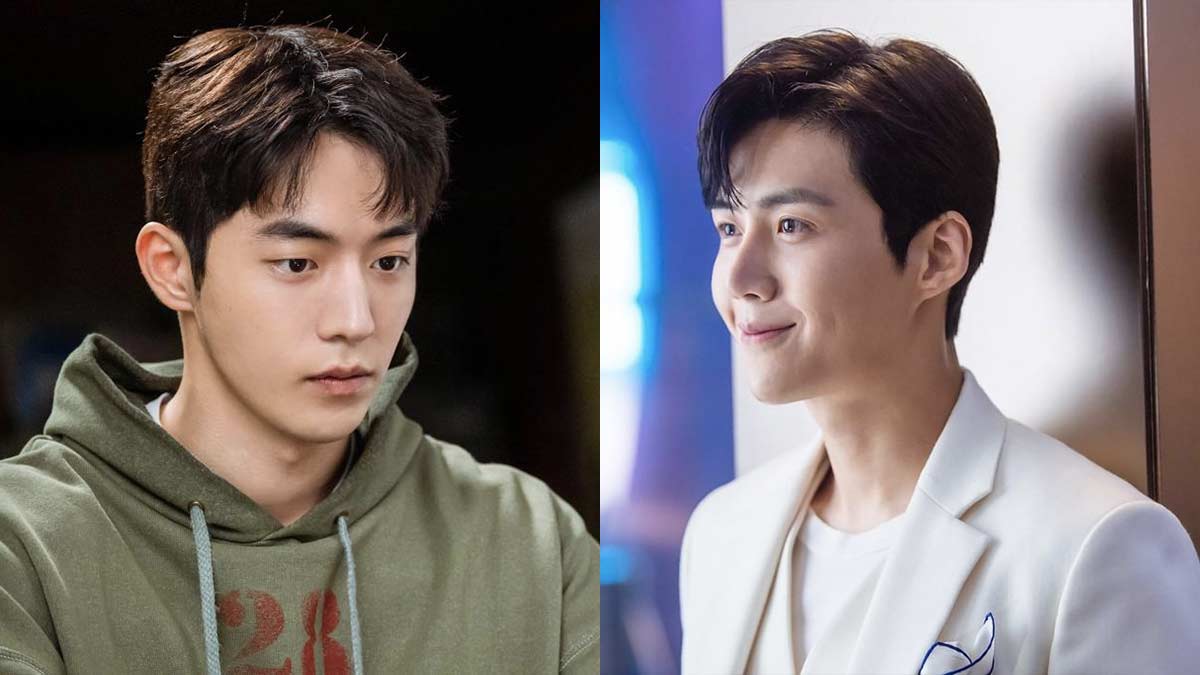 PEPsters, are you Team Nam Do-San (Nam Joo-hyuk) or Team Han Ji-pyeong (Kim Seon-ho) in the K-Drama Start Up?
PHOTO/S: Start Up (Netflix)

In these uncertain times, it helps to keep our worries at bay with a healthy dose of our well-loved Korean drama.

Currently a hot topic among Korean drama fans is Start Up, South Korea’s latest TV hit that premiered on October 17, 2020.

It transports viewers into the world of young entrepreneurs who are out to make their dreams come true, and become the next big thing in the tech industry.

The show has become part of the viewers’ weekly weekend habit, thanks to its well-written story, realistic locations, and undeniable chemistry of the cast.

The story revolves around Seo Dal-mi (Bae Suzy) who considers Nam Do-san (Nam Joo-hyuk), the man whom she only met through letters, as her first love.

She is unaware that the letters are actually penned by Han Ji-pyeong (Kim Seon-ho).

Cut to the present. Seo Dal-mi joins Sandbox, Korea’s version of Silicon Valley in the drama. Her goal is to get ahead of her estranged and business-savvy sister (Kang Ha Nah).

There, she tries to successfully pitch their start-up business and that's where she also finds herself in the middle of a love triangle with Nam Do-san and Han Ji-pyeong.

As the excitement builds up for the much-awaited finale, the writers of the show make it even harder for fans to choose who they want Seo Dal-mi to end up with.

The battle between the two leading men has even launched heated debates on various social media platforms.

It’s a tough choice between Nam Do-san and Han Ji-pyeong. But, once and for all, are you #TeamDosan (Nam Do-san) or #TeamGoodBoy (Han Ji-pyeong)?

I break down some of the reasons why I think Nam Do-san or Han Ji-pyeong could be the one.

Nam Do-san, portrayed by model-turned-actor Nam Joo Hyuk, is a math genius who founded a small company that specializes in AI (Artificial Intelligence).

He is not your usual K-drama leading man.

When the now grown-up Nam Do-san is introduced in the second episode, you see a relatable leading man. Quite awkward and unsuccessful, he makes the viewers want to root for him because he's the underdog we all want to eventually succeed.

He represents young individuals who feel enormous pressure from family or even society.

A dear friend pointed out to me that there's a Nam Do-san in most of us.

There’s a point in our lives that we feel we are being pressured by society, making us feel more insecure about ourselves.

Then when Dal-mi comes into his life, she gives him the extra push to slowly overcome these insecurities and be the person he aspires to be.

He fights for the relationship.

Though he has never dated before, he goes all-out in caring for Dal-mi, and isn’t afraid of expressing his true feelings.

When Dal-mi finds out that he wasn’t the man who wrote those comforting letters, Do-san does everything he can to be by Dal-mi’s side instead of just fading away from her life.

He initiates the Noongil app.

In one of the major plots in the series, it is revealed that Dal-mi’s grandmother Mrs. Choi (Kim Hae Sook) is slowly losing her vision.

It is Nam Do-san who proposes to his Samsam Tech team to use an AI technology and image recognition to help the visually impaired, most especially Dal-mi’s halmeoni (grandma).

Yup, he loves to knit. Isn’t this a cute contrast to his being a computer and mathematics geek?

Han Ji-pyeong, played by the 34-year-old theater actor Kim Seon Ho, is a big-time capitalist in the series.

He has experienced the worst but knows how to turn things around.

Even though Ji-pyeong grew up as an orphan and had experienced hardships in life, he works hard and manages to achieve his dreams, making his victories (big or small) even more meaningful.

He's a perfect example of someone who comes out of the other side triumphant after everything he’s been through.

He is the person behind those comforting letters, and has always been there for Seo Dal-mi.

When everything seems to fall apart for Seo Dal-mi, she finds comfort in the letters written by Han Ji-pyeong.

Initially, he wrote them upon request of Seo Dal-mi’s grandmother, Ms. Choi (Kim Hae Sook), but he poured his heart out into each one of them.

He has been there from the very beginning, and without Dal-mi even knowing it, he’s the one who makes sure she’s okay.

Tough on the outside, but definitely soft on the inside

Growing up with no one but himself to rely on, it is no surprise Han Ji-pyeong turned out to be a tough guy.

Viewers witness how he tries to push Samsan Tech members to their limits. But behind the tough facade, he actually cares for them, and silently roots for for their success.

Although Ji-pyeong knows that he may never replace Nam Do-san in Dal-mi’s life, he is still willing to take risks by finally owning up to his feelings, and continues to love, protect, and look out for her—even if it means getting his feelings hurt in the process.

He fights fair even if he has the edge over his rival.

Han Ji-pyeong may be successful and may have all the connections, but he never uses them to his advantage.

When he confesses his feelings to Dal-mi, he could easily ruin Nam Do-san’s reputation, but instead, he defends him and choses to keep everything to himself.

To be completely transparent, Nam Joo Hyuk is the reason why I started watching this drama.

I fell in love with his character in Weightlifting Fairy Kim Bok Joo, and this, admittedly, is partly the reason I have been rooting for Nam Do-san.

But as the story unfolds (13 episodes in), I can’t help but hope that Dal-mi will end up with Han Ji-pyeong.

We all know for a fact that the second lead’s fate in every Korean drama, no matter how good or selfless he is, is that he walks away from his great love.

But maybe, even just for once, can love be given to the man who deserves it more?

A man who grew up as an orphan with no one to depend on, but persevered, and got to where he is now because of hard work. He is not just a dream guy for most ladies out there, but is also an excellent reminder to the youth that anything is possible if you look past the hurdles.