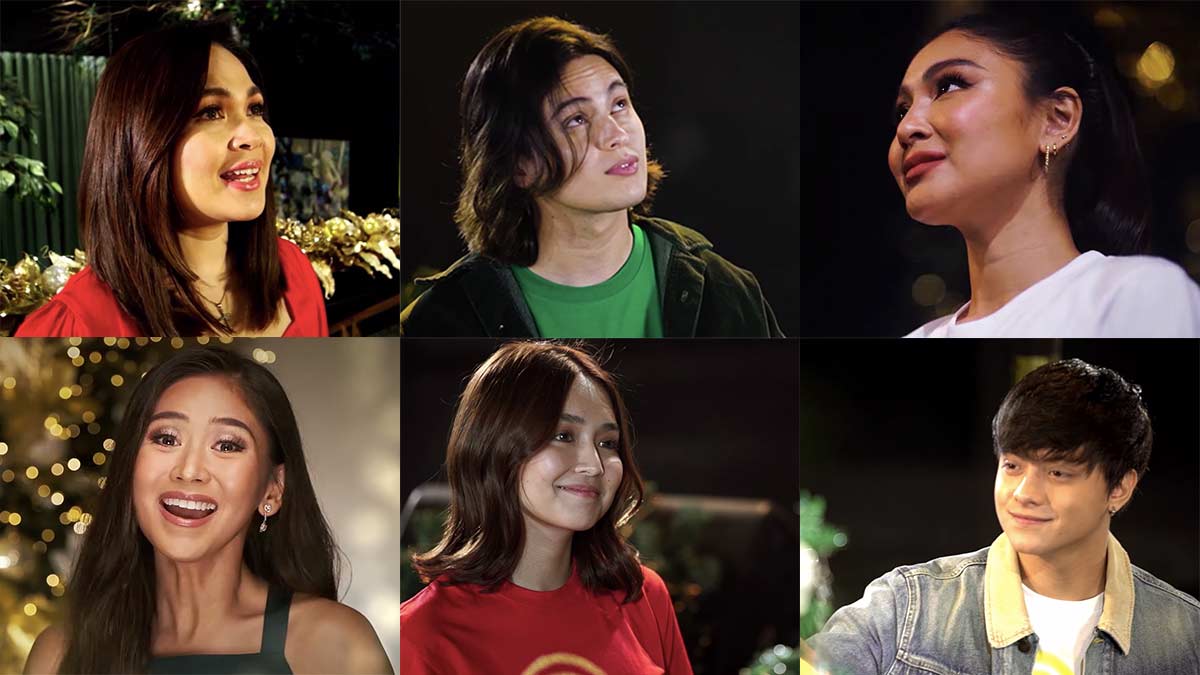 Did you catch your favorite Kapamilya artist in the 2020 ABS-CBN Christmas station ID?
PHOTO/S: ABS-CBN

ABS-CBN has launched its star-studded Christmas station ID for 2020.

And despite the absence of the network's free TV after its shutdown on July 10, 2020, and the restrictions of the COVID-19 pandemic, the production and treatment were pretty much the same save for the face shields and masks being part of most people's wardrobe staples.

And yes, the feeling while watching it was the same, too. It made people cry, it warmed the heart, and, it brimmed with positivity. 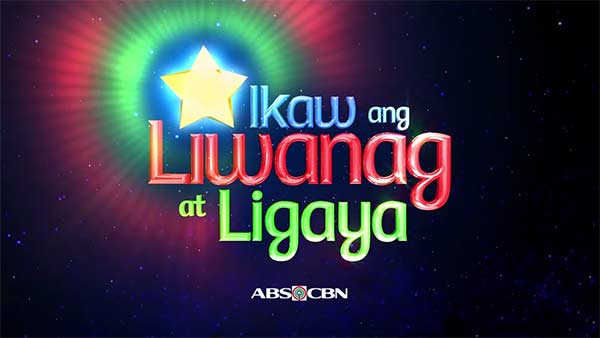 To comply with the restrictions of physical distancing, ABS-CBN had some of its stars shoot their parts at home, while others were asked to come to the studio for the star-studded montage.

Cast members of its present and upcoming TV shows were also together on location.

Just like the past years, there were man-on-the-street interviews and interactions between ABS-CBN stars.

There were also snippets showing how COVID-19 affected the lives of many.

Some decided to pursue what makes them happy. Among them was a lady who got engaged after surviving COVID-19.

Some went out of their way to make others happy. Among them was a service driver who prepared free snacks for frontliners.

There were also a few scenes featuring the Dumagat and Aeta tribes.

Twenty Kapamilya singers collaborated for the theme song of the station ID. 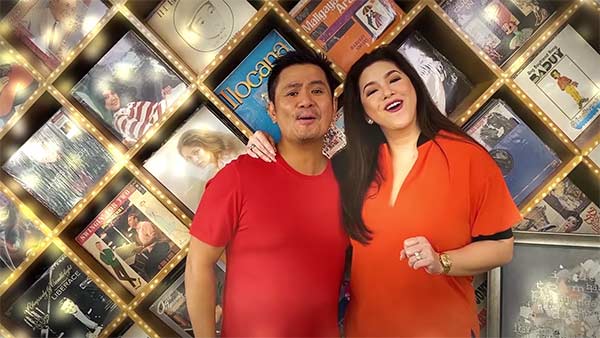 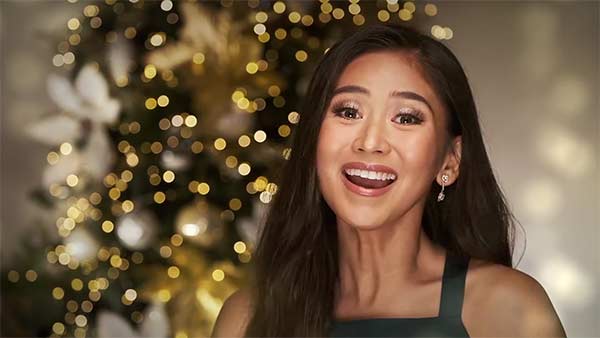 Angel Locsin, who hosts the infotainment public-service program Iba ‘Yan, headlined the Sagip Kapamilya operations for the victims of typhoon. 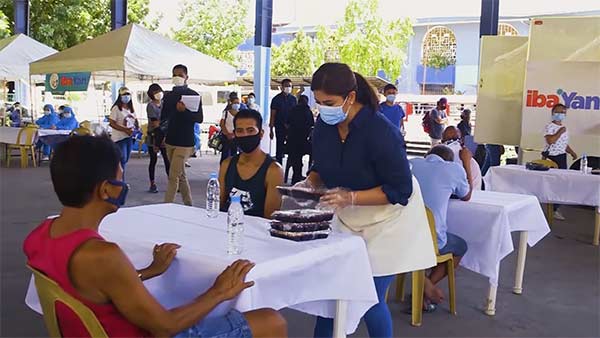 Some scenes from Ivana Alawi's own relief operation were also shown. 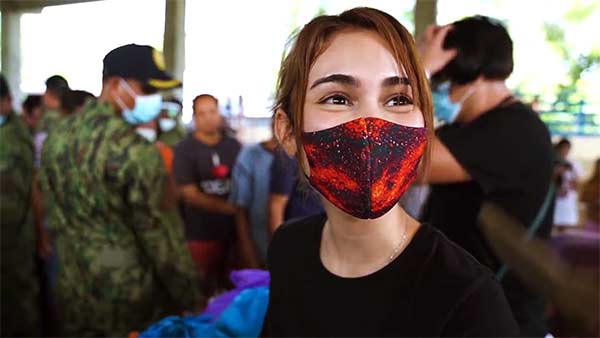 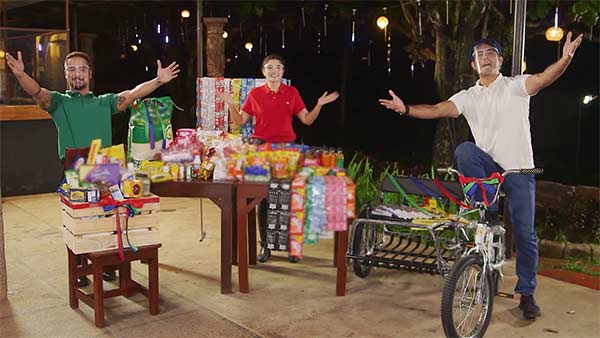 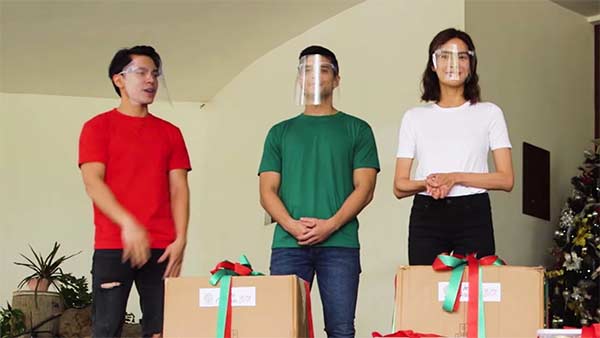 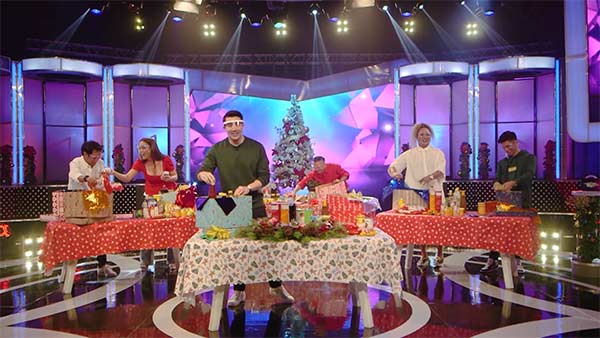 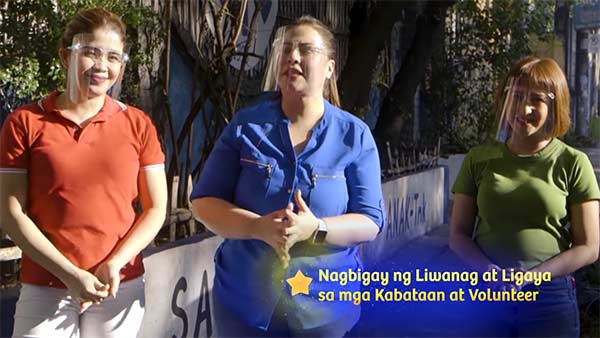 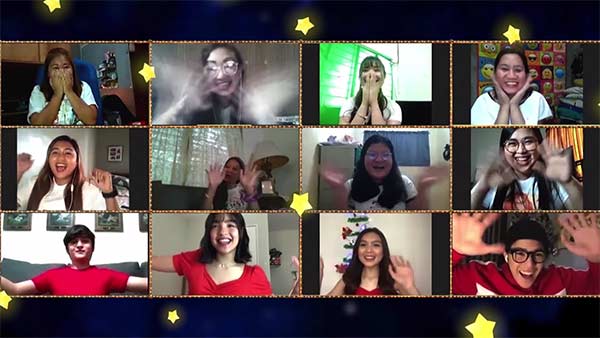 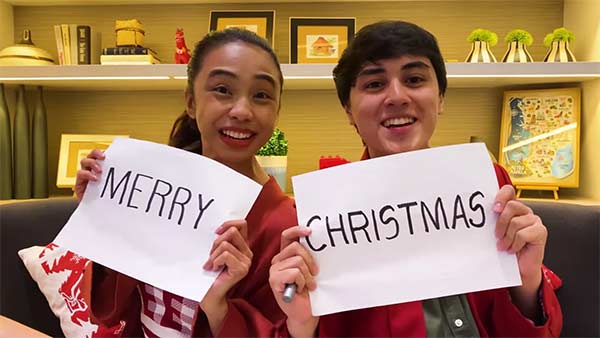 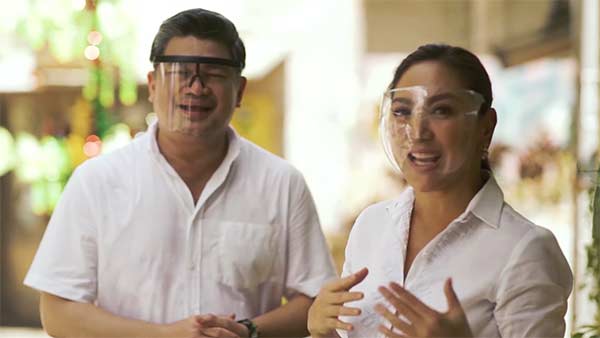 Jane de Leon and Coco Martin were shown individually with their parol. 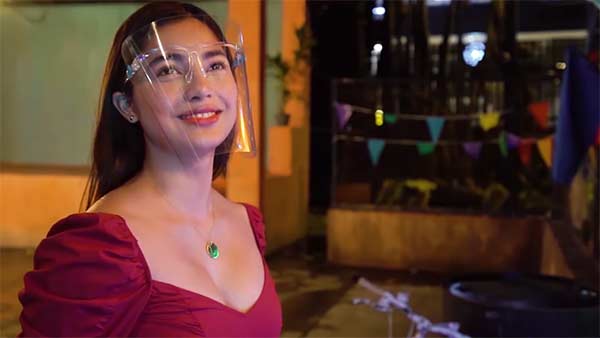 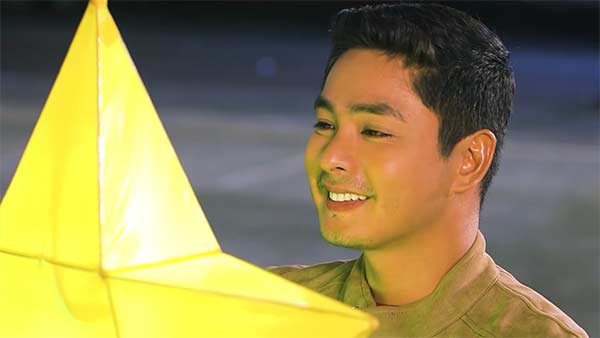 Bea Alonzo Liza Soberano and Enrique Gil, Anne Curtis, Sylvia Sanchez and Arjo Atayde, and Sharon Cuneta were shown beside their Christmas trees at their homes. 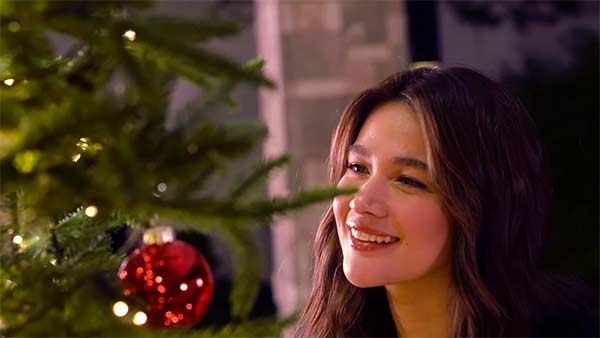 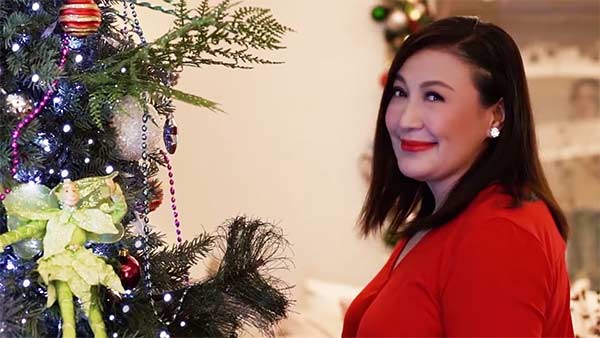 The cast of FPJ’s Ang Probinsyano, led by Coco Martin with Yassi Pressman, Richard Gutierrez, Angel Aquino, Jaime Fabregas, Shaina Magdayao, among others, were seen praying in a church. 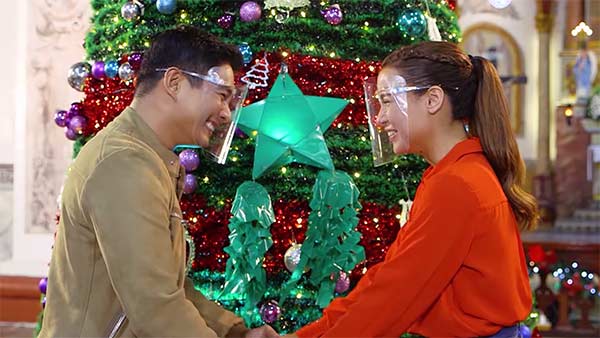 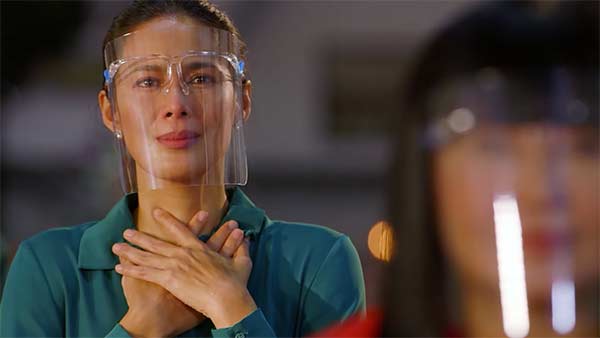 Despite the struggles this 2020, Filipinos have been resilient and have remained hopeful. 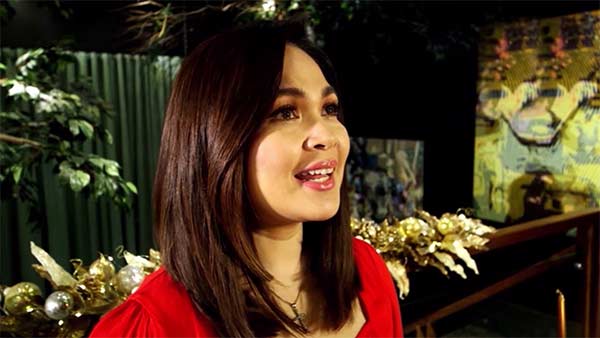 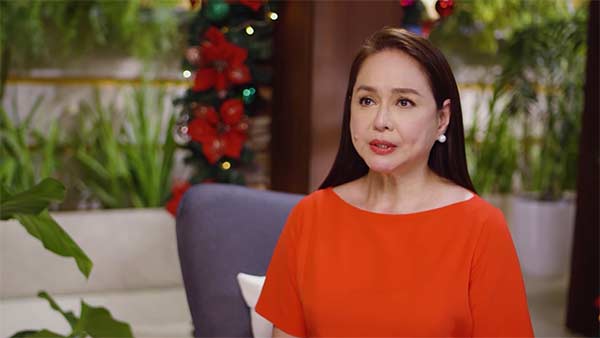 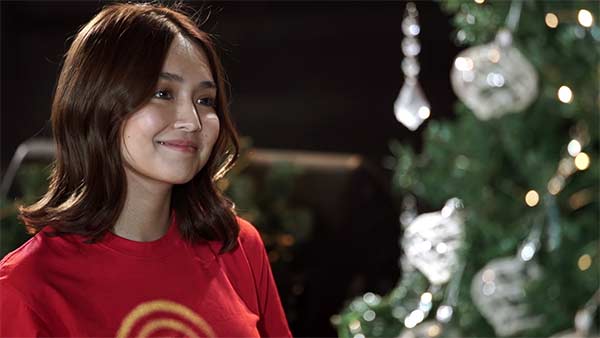 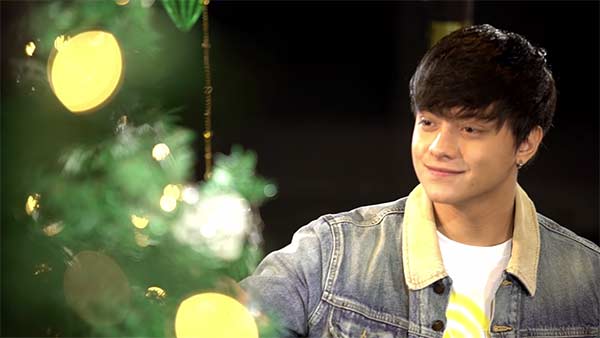 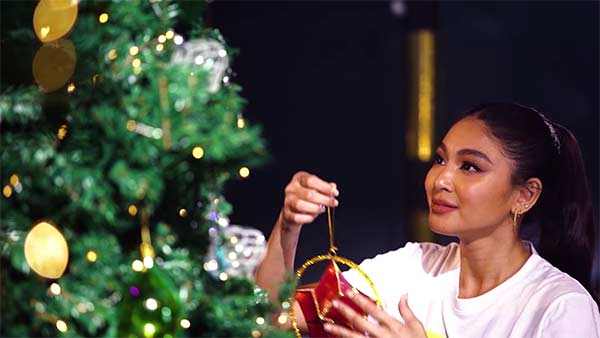 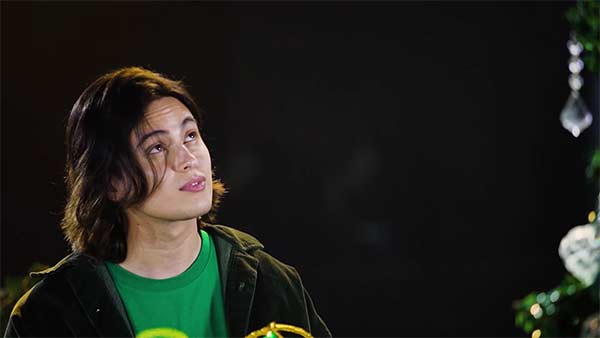 The last frame showed a montage of Filipino families across the globe celebrating Christmas. 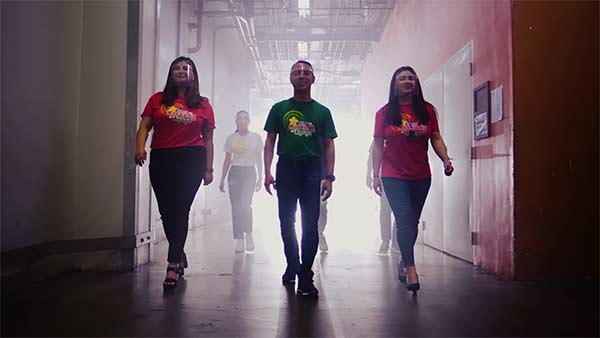