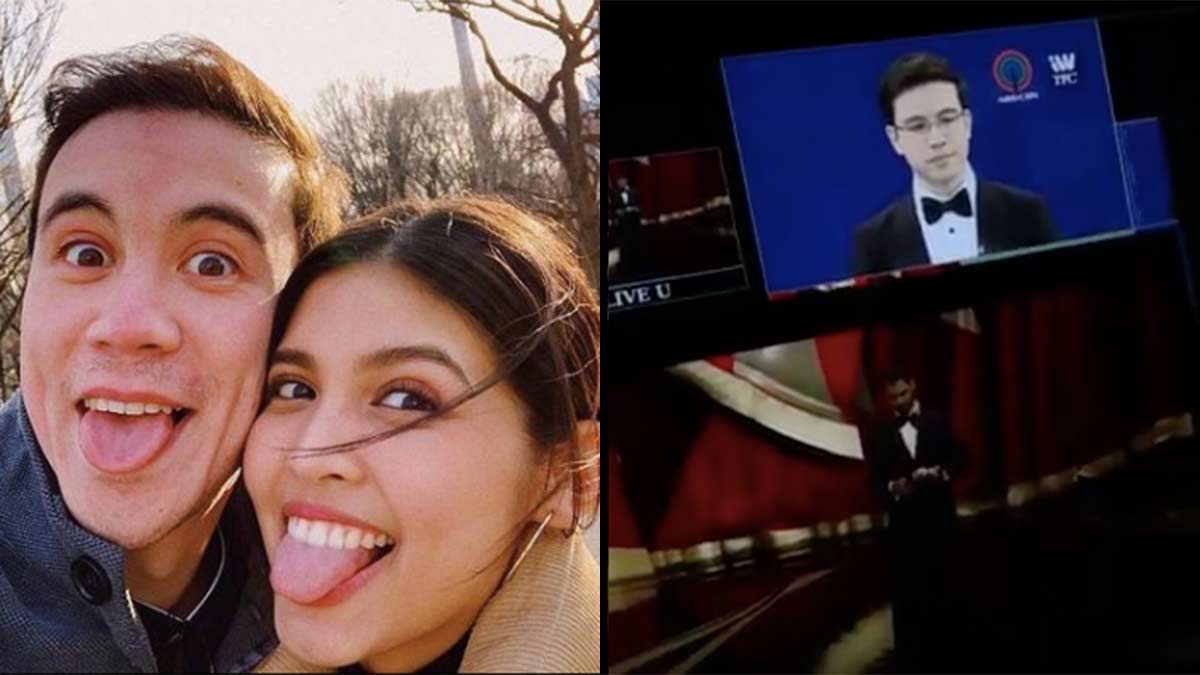 Maine Mendoza is a proud girlfriend to Arjo Atayde after he won the Best Actor In A Leading Role award at the Asian Academy Creative Awards 2020.
PHOTO/S: @arjoatayde on Instagram / @nicohernandez on Twitter

She declared this on Twitter after Arjo, her boyfriend, won Best Actor in a Leading Role in the Asian Academy Creative Awards (AAA) 2020.

Arjo is the first Filipino to win a grand finals award at the AAAs, after three years of only getting awards at the national level.

This is not the first time that Maine publicly congratulated Arjo.

The most recent happened in October 2020, when AAAs announced the set of national winners of the Philippines, and Arjo bagged the Best Actor in a Leading Role award.

Arjo reposted Maine’s post and said (published as is), “This ones for you.. thank you bubs.. to my inspiration.. I love you super kaduper much [red heart emoji]”

Arjo and Maine have been in a relationship since December 2018.